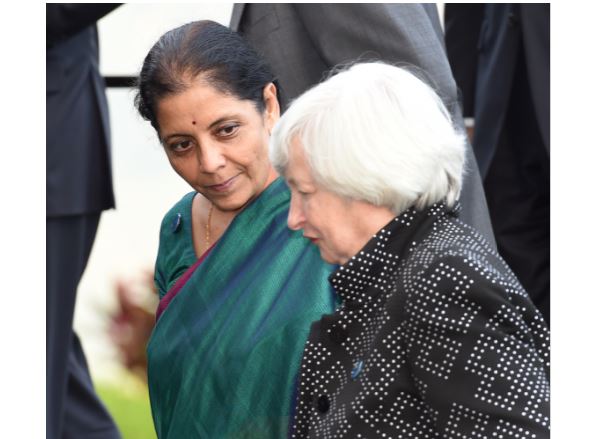 FINANCE ministers from the G20 economies endorsed a global tax reform on Saturday (10), and urged the hold-out countries to support the deal.

So far, the proposal has been backed by 132 countries.

“We have achieved a historic agreement on a more stable and fairer international tax architecture,” the ministers said in a final statement after two days of talks in Venice, hosted by G20 president Italy.

“We endorse the key components of the two pillars on the reallocation of profits of multinational enterprises and an effective global minimum tax,” they said.

Meanwhile, China and India opted for a virtual presence in the meeting.

“The world is ready to end the global race to the bottom on corporate taxation,” Yellen said in a statement, adding that it “should now move quickly to finalise the deal”.

French finance minister Bruno Le Maire said it was a once-in-a-century opportunity for a “tax revolution”.

Final agreement is expected in the run-up to the G20 leaders’ summit in Rome in October, thereafter, reforms could be in place by 2023.

While some big economies including the US, France and Germany have been pressing for a higher minimum tax rate, a few others have opposed the 15 per cent global minimum tax.

The opposing countries include Ireland, which lured Apple and Google to Dublin with low tax rates.

In their final statement, the G20 ministers “invite” countries to sign up.

However, without having approval of Ireland and other EU hold-outs Hungary and Estonia, the European Union cannot implement the deal.

Some non-governmental groups that analyse the tax affairs of multinationals, like Oxfam, have criticised the reform for letting rich countries keep most of the extra tax revenue.

Indian finance minister Nirmala Sitharaman, said that “further work needs to be done to ensure a fairer, sustainable and inclusive tax system which results in meaningful revenue for developing countries”.

According to the Organisation for Economic Cooperation and Development (OECD) estimates an effective 15 per cent rate would generate an additional revenue of $150 billion (£107bn) per year.

The profit reform would initially apply to the top 100 or so companies, and will target firms that use tax-reducing domiciles, such as technology giants Google, Amazon, Facebook and Apple.

The changes agreed will ensure “that the right companies pay the right tax in the right places”, British chancellor Rishi Sunak said.