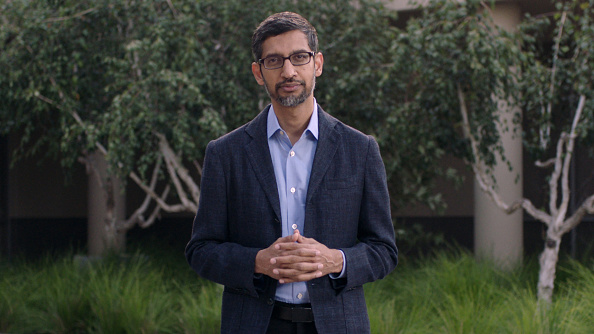 GOOGLE CEO Sundar Pichai has said that he believes that the ideology of a free and open internet is under attack in many countries around the world. He, while speaking with a media outlet, said that the flow of information is being restricted and is being looked at as a norm instead of an outlier.

Often quoted saying that a free and open internet is foundational, Pichai raised his concern during an interview with BBC saying that it is being “attacked”, drawing parallel how “none of our major products and services are available in China.”

Over the past 23 years, Google is said to have shaped the mostly free and open internet we have today more than any other company.

Regarded as a kind, thoughtful, and caring leader who rose through the ranks of Google by being the most effective, popular and respected product manager in the company’s history, Pichai was born into a middle-class family in Tamil Nadu, in south India, where technologies of the time including old rotary phone that “they were on a waiting list for” to the “scooter they all piled on to for a monthly dinner” had an impact on him.

Pichai admits in the interview that he still does not eat meat, drives a Tesla, reveres Alan Turing, wishes he had met Stephen Hawking, and is jealous of Jeff Bezos’s space mission.

Now a leader of both Google and its parent company Alphabet, Pichai is the leader of companies or products as varied as Waze, FitBit and DeepMind, the artificial intelligence pioneers. At Google alone, he oversees Gmail, Google Chrome, Google Maps, Google Earth, Google Docs, Google Photos, the Android operating system and many other products.

Speaking about the next quarter of a century, Pichai claimed that artificial intelligence and quantum computing are going to revolutionize the world. The 49-year-old Indian-American stressed how consequential AI was going to be by saying that he views “it as the most profound technology that humanity will ever develop and work on”.

Declaring quantum computing as the next big thing, Pichai said that he and other leading technologists find the possibilities here exhilarating.

“[Quantum] is not going to work for everything. There are things for which the way we do computing today would always be better,” he said in the interview. “But there are some things for which quantum computing will open up an entire new range of solutions.”