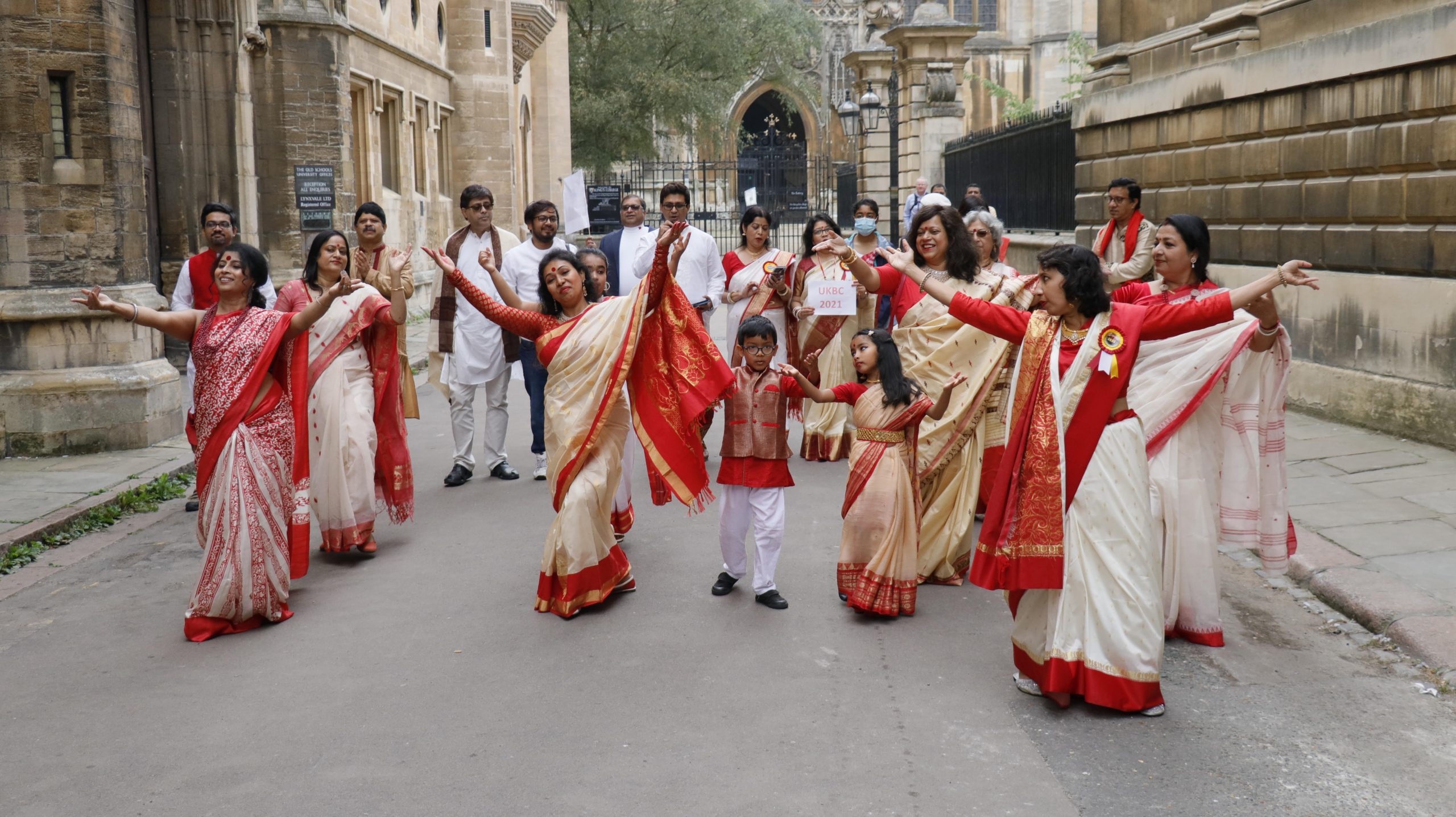 HOW do we measure or track our long British Bengali legacy? This actually started a long time ago and holds many illustrious names in its trajectory.

We have grown up with stories of famous Bengalis who travelled and lived in England. Calcutta (now Kolkata) was the presidency of the British Empire in India and Bengalis had travelled to England from the 19th century.

The Nobel Prize winner Rabindranath Tagore came to England for the first time in 1911. He lived in the Vale of Health on Hampstead Heath, and read his translated poems to WB Yeats, which led to the publication of the English Gitanjali. Its widespread reception led to the book being sent to the Nobel committee and the award of Nobel Prize for literature being bestowed on Tagore.

Many years before that, the father of Bengal Renaissance, Raja Rammohun Roy, came to England as the unofficial representative of the Nawab of Bengal, to present his ideas about monotheism and the Brahmo Samaj, and to lobby for the ban against sati, a social practice where widows were burnt alive on the pyres of their dead husbands.

Roy died in Bristol in 1833 and UK Bengalis have raised money to repair and restore his tomb.

Funds were also raised to repair the dilapidated grave of Rabindranath’s grandfather, Dwarkanath Tagore, in Kensal Green cemetery in 2019.

Another legendary poet, Michael Madhusudan Dutta, came to London in 1862 to become a barrister at law and enrolled at Gray’s Inn. 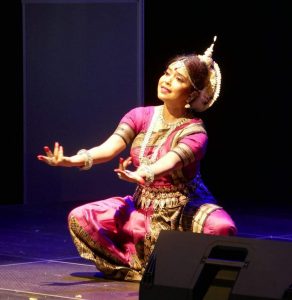 The scientist Jagadish Chandra Bose, who lectured in Oxford and Cambridge in 1914, had a laboratory in London’s Maida Vale, which other scientists would visit. Upper and middle-class Bengali families were sending their children (usually the boys) to study in England.

Oxford and Cambridge universities were aspirational for the Bengalis, as were the bar at law in Gray’s Inn and the medical and engineering colleges. By the 1950s, there was a sizeable number of young men qualifying from England – most went back to work in India, while some stayed on.

My father and both uncles were sent for higher studies to England in the wake of Partition and Indian independence. My father lived in a bedsit managed by a Jewish lady in Belsize Park, north London, and went back to take a job after qualifying as a chartered accountant and cost accountant.

Bengalis came in larger numbers in the 1960s, when there were jobs made available through the job voucher schemes.

Alok Sanyal is a typical example of the Bengali immigration story. Now settled permanently in England for over four decades, he initially came to study at the age of 19. After he got his training contract, he qualified as a chartered accountant in three years and had the right to permanent residence.

Doctors and engineers came in larger numbers and settled in the industrial north as well as in London. Many of the blue-collar workers then married and brought their educated wives across, who also worked professionally. The Immigration Act of 1971 restricted migrants, so Bengalis carried on with their jobs and getting their children educated.

As a community they were not marked by entrepreneurs or businessmen. There are many well-known Bengali doctors and engineers in the UK. Many of the senior lot who have retired, now spend their time sharing knowledge and skills, developing medical facilities and hospitals in India. Dr Sunit Ghatak opted for private practice and opened a surgery on London’s Harley Street.

By the 1990s, there was a corporate and management influx in the international banks and finance institutions, when the next generation of highly qualified Bengalis moved into the UK, settling mostly in London.

Post the millennium, the software kids moved in, concentrated in Reading (the UK’s Silicon Valley), but also settling in other small towns and cities. There is a now a sizeable number of young Bengali settlers, software engineers, finance analysts and traders in the UK.

Alumni from the Indian Institute of Technology (IIT) Kharagpur, Presidency College (now University), Calcutta University and Jadavpur University have strong networks today and annual meets and fund-raising drives are often held. Oxbridge aspirations have consistently drawn bright Bengali students to the universities and there are Bengali academics working around the country now.

But however big or successful Bengalis are professionally, they take their culture with them – their music, poetry, adda (conversations about everything under the sun), cuisine, clothes, their argumentative nature, their nostalgia for home.

Durga Puja, the biggest Bengali festival, had its first UK avatar in London in the Indian Students’ Organisation, off Russell Square in central London. In the 1950s and 1960s, a large number of Bengali students lived in Belsize Park and they started the puja in Hampstead Town Hall, a tradition which continues until today.

So how do the growing number of British-Bengalis forge a national connect? The concept of a UK Bengali Convention (UKBC) was floated last year and an experimental online event was set up.

This year, 55 Bengali groups came together on a national scale for a two-day event in Cambridge to celebrate “Bangaliana” or Bengaliness in the heart of Bilet (foreign land) or England.

Using the large-scale NABC (North American Bengali Convention) as a template this was a first step towards connecting the many Bengali cultural organisations scattered around the country. Many visitors combined a tour of Cambridge with the two-day cultural meet.

Cultural programmers Shoma Ghosh and Sanjoy Dey had 86 artists from 50 organisations to perform over two days in three halls.

Singers Jayati Chakraborty, Srikanto Acharya, Sourendro and Soumyojit and the poet Srijato sent their pre-recorded songs and poems and joined in live with messages and greetings.

The second morning started with a street carnival where dancers draped in white sarees with a red border accompanied singers across the streets of the university city.

The gathering ended with a fashion show by Myosutra and an awards ceremony where the Shera Bangali (outstanding Bengali) lifetime achievement awards and culture shaper awards were given out. Dr Jack Preger, founder of the charity Calcutta Rescue, was one of the award winners (he was present virtually) and spoke about his passionate engagement with the city of Kolkata.

Another recipient, Piali Roy, director of Sampad in Birmingham, who has worked for south Asian Arts for more than 40 years, said, “It is always very special when our own people recognise our work and contribution to the society we live in. This award is indeed very special to me.”

Others who received the lifetime achievement award included writer Ketaki Kushari Dyson (who has done pioneering work on Rabindranath Tagore), Basabi Fraser (writer-academic in Edinburgh), and Nabarun Basu (son of eminent novelist Samaresh Basu). An award was also given to eminent Bangladeshis, including the senior journalist and poet Abdul Gaffar Chowdhury, and journalist Kazi Jawad, who declared, “UKBC was the bridge between Indian Bengal and Bangladesh”.

Filmmaker and author Sangeeta Datta, director of such movies as Life Goes On and founder of the organisation Baithak, was a recipient of the Shera Bangali (Outstanding Bengali) award at the UKBC.