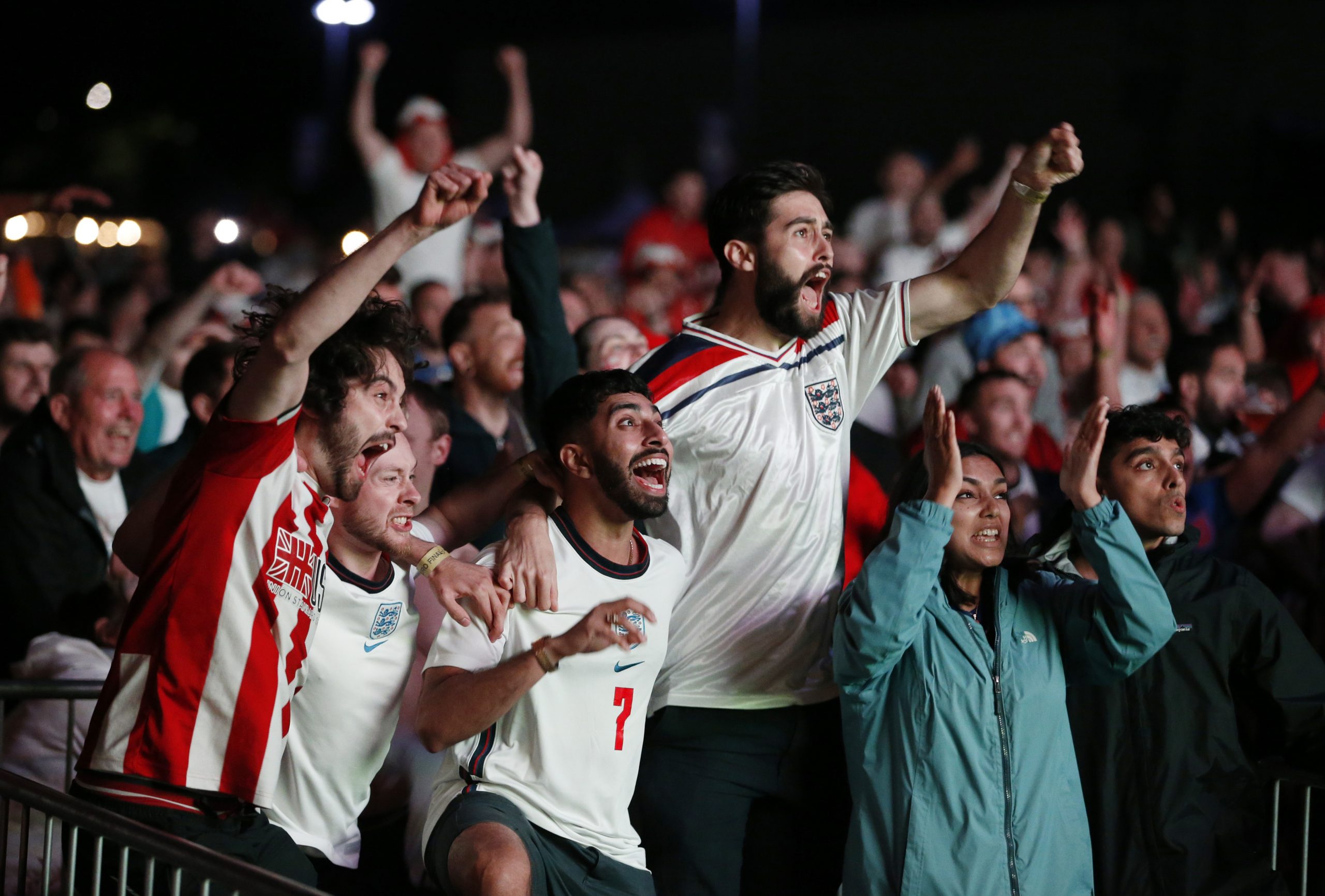 Southgate’s inclusive England must be defended from hatred

This is our England. Disappointed in defeat. Proud to have seen our national team contest a major tournament final. More confident this month about the appeal of an inclusive England – open to everybody who calls England home – than it has ever before been in my lifetime. And now challenged on the morning after to defend that vision from hatred.

It was a classic game of two halves in the football last night – but the case for an inclusive England must not become one too. Losing the cup final on penalties will not erase the enduring memories of how this summer has felt to our country, but the ugliest elements of the aftermath could damage them more badly.

The image on almost every front-page this morning is of a disconsolate baby-faced Bukayo Sako being embraced by his manager Gareth Southgate, who had experienced similar pain some twenty-five summers before. The image tells many stories of generational change. Southgate is giving Sako the shoulder to cry on he did not get in 1996, as New Statesman political editor Stephen Bush noted this morning. This image of empathy: this is who we are. We win together. And we lose together. Who is English today is not contingent on whether the ball goes into the net or hits the post. But the moronic racist and hooligan fringe have never gone away, as several disgraceful scenes at Wembley last night showed.

Our vision of England is much stronger than theirs. “That is what a national team should be” said Gareth Southgate, shown the clip of students at Darul Aloom in Blackburn celebrating Harry Kane’s winning goal against Denmark. The England manager’s words moved Hasan Patel, whose sharing of the clip had seen it go viral online. “The look on Gareth Southgate’s face was one of pride and happiness. Perhaps this showed him the impact that his words, leadership and management have had on society”, Patel told me.

“Football is coming home – and it is a home that we all share” was the #EnglandTogether campaign message coined by Imam Qari Asim of the Leeds Makkah Mosque, where prayers were offered for football success. Jasvir Singh of City Sikhs spoke of how turbans, kippahs, hijabs and baseball caps were all welcome. While the campaign was backed across faiths, political parties and civic parties, its message reflected a spontaneous outpouring of support across towns and cities too.

“Enoch Powell predicted rivers of blood in Wolverhampton; what we got in the end is bhangra of the streets. This is England” wrote journalist Sathnam Sanghera sharing a joyous fusion march of “football’s coming home” in his home-town.

A similar ethos celebrated an inclusive Welsh pride during Euro 2020 – ‘My Cymru, My Shirt’ murals and photographs by Yusuf Ismail and Shawqi Hasson from Butetown grew out of a ‘My City, My Shirt’ project with Cardiff City. It is a story of inclusive pride to emulate with both club and country across the UK nations.

Narratives matter – and they resonate most when they reflect our lived experiences in a changing society. Projecting them can help broaden the tent again. But narratives of hope will prove fragile if we do not stand together to defend them against those who spread hate.

Football has done more to shape an inclusive England than anything else. From the courage of the 1980s pioneers like Cyrille Regis, who faced down the toxic far right to win the argument about who could be English. The 1990s shift away from the fan culture scarred by hooliganism and xenophobia flipped to the softer patriotism of Three Lions during Euro ’96. Yet ethnic minority inclusion in this Britpop era often remained aspirational. It has been a longer gradual process for ethnic minority fans to be confidently present in numbers. Shaista Aziz’s viral images of her three hijabis going to Wembley told a story of progress and the need to keep going. The FA in this generation must still address the biggest gap in football’s diversity story by engaging England’s Asian communities as never before. The Euro 2020 spirit shows the appetite is there if there is a plan to capture it.

England’s class of 2021 had to have an argument with the public – about taking the knee – to say why their generation does not believe that our progress against racism has completed the journey. The racist abuse this morning directed at the young black Englishmen who missed penalties makes their case.

We need to see changes on social media platforms like that we made in our stadiums in the 1990s. Yet, shockingly, all of those old National Front slogans – “black goals don’t count” and “no blacks in the England team” – fall within Twitter and Facebook rules that give racism a green light, not a red card.  Let us see Gareth Southgate, FA president Prince William and campaign groups set out the agenda of what needs to change. And let us have another weekend of social media silence on the opening day of the football season in August if it is ignored.

We must stand up to hate. We cannot let the England that came together this month be stolen away in overtime by racists.