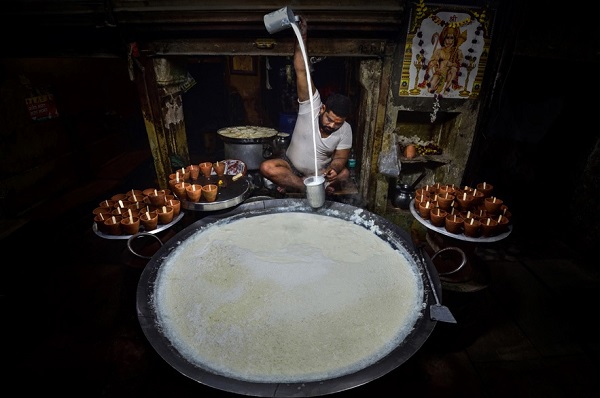 by AMIT ROY PHOTOGRAPHERS from India have won in several categories in the world’s most prestigious food photography competition, which attracted 9,000 entries from 77 countries. The Indian winners – Debdatta Chakraborty, Avishek Das and Sanghamitra Sarkar – were praised as “very deserving winners in a really tough field” by Caroline Kenyon, founder and director of the Food Photographer awards, sponsored by Pink Lady, a well-known brand of apples. She said: “(Whether it is) Street Food, Food for Life, Food for the Family – Indian photography is at an exceptionally high level, and all three show such originality of handling, sensitivity to light and mood.” Rishu Kesarwale, Chai Seller, by Kolkata-based Chakraborty, won the Street Food category. The judges said: “Rishu Kesarwale has his shack in one of the busiest streets of Allahabad city. Here he sells warm milk, yogurt, cottage cheese and, of course, masala chai – India’s most popular drink. He has inherited his shop from his father and is very proud that in these days of food adulteration, he is still serving his clientele with pure milk, which is considered a great health food by the Indians, particularly during the winter months.” Chakraborty won a category last year as well – Bring Home the Harvest. The judges marvelled then at his “magnificent shot” of fishermen casting their nets in the Silabati river which flows through the districts of Bankura and West Midnapore in Bengal. This year, Das, also from Kolkata, won the Food for Life category with his image, Food Processing. “A woman is working in a rice processing field of West Bengal,” the judges explained. “They are working in a tough environment as extreme heat is released from the boiled rice grains being separated to dry.” Bonda Tribe by Sanghamitra Sarkar of Kalyani in West Bengal took top prize in the Food for the Family category. The judges said: “Odisha has many tribal communities and the Bonda tribe is one of them. They lead a very simple life. Modern society has failed to change them because they have carefully protected their culture and traditions from modern civilisation. In this picture, the Bonda ladies are busy preparing food in a clay pot, making fire from wood.” And Barun Rajgaria, from Purulia in West Bengal, was highly commended in the Food in the Field category for his image, Food Maker. The winners were announced recently in front of 400 guests at a reception packed with celebrities from the food and photography world at the Mall Galleries in London. The chairman of the judges was the “legendary” food photographer David Loftus. The panel included one of America’s greatest chefs and food campaigners, Alice Waters; Vitalie Taittinger of Champagne Taittinger; Dr Michael Pritchard, director general, Royal Photographic Society; and Ali Bin Thalith, secretary deneral, HIPA (Hamdan International Photography Award). The judges said the images submitted “offered a brilliantly-coloured and profound insight into food culture around the globe”. There were “shots of everything from cooking, growing, processing, eating and more – from a hungry young boy feasting on a piece of freshly cut honeycomb in the foothills of the Himalayas in Nepal to chef Brian Lockwood in New York City rolling fresh pasta dough in the kitchen of his restaurant”. 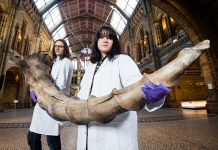 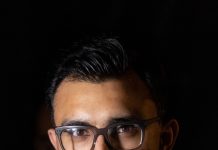 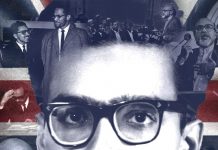