‘Florida is hell bent on killing me’: Krishna Maharaj 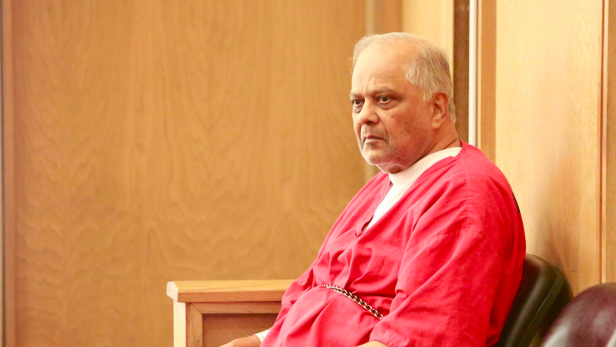 THE state of Florida is hell bent on killing me. The clearer it becomes that I am an innocent man, locked up for 33 years for a crime I did not commit, the greater its determination to ensure I die behind bars.

My lawyers recently petitioned the state for a conditional release, on the grounds that I am a frail, sick, 81-year-old man, confined in a dormitory where a prisoner has been diagnosed with Covid-19. The prison doctor didn’t even bother to check up on me, he just wrote a letter saying, without explanation, that I do not fit the criteria.

A prisoner qualifies for conditional release when he is “permanently and irreversibly physically incapacitated” such that he is “no risk” to society. I have diabetes, and take ten medications every day. I need a walker to get around. If I contract the virus, there is a good chance it will kill me.

Seven months ago, a little late, a federal magistrate found I had proved I was innocent by “clear and convincing evidence”, and that no juror could find me guilty of the murders I am alleged to have committed. Since then prosecutors stalled the evidentiary hearing that will set me free. If they can delay justice long enough, they figure the virus will get me.

Maybe once I am hooked up to an oxygen unit, breathing my last, they will set me free – like Herman Wallace of the Angola Three, who was held in solitary confinement in Louisiana for four decades and freed for his last three days with late stage liver cancer.

Contrast this with President Trump’s former campaign chairman, Paul Manafort, who was released to ‘home confinement’ last week, aged 71, having served less than a third of his sentence for fraud and conspiracy, to protect him from Covid-19.

Trump’s old fixer Michael Cohen, convicted of lying to Congress, also got out early. He is a fit 53-year-old. Clearly, the criterion is not whether you are a risk, or even at risk, but who you know and how much you can pay your lawyers.

In Florida, former Congresswoman and convicted fraudster Corinne Brown, age 73, was granted compassionate release from Coleman Prison Camp on the grounds that her “age and medical conditions put her at great risk of death” – not that there have been any confirmed cases of Covid-19 at that prison.

Really, this latest denial is just another death sentence. The first was when a judge declared I should be electrocuted in 1987 – and may God have mercy on my soul – for two murders I did not commit.

The jury decided I killed Derrick and Duane Moo Young in the Dupont Plaza hotel on October 16, 1986. I was so shocked that I fainted in the courtroom.

In 2002, my official sentence got commuted to life, but it was really another death verdict – the judge decreed that I should not be eligible for parole until I was 101.

By then, six members of a Colombian drug cartel had signed statements confirming that Pablo Escobar himself ordered the Moo Youngs killed. An officer who served in Miami’s notoriously crooked police department in the 1980s testified that he was told to “hook up” an innocent man for the crime: me.

Admitting I was framed would mean reckoning with this unspeakable corruption. It would be more convenient all round if I died in prison.

Perhaps Florida will finally succeed in executing me with Covid-19. I am in a prison dormitory with 45 other old men. One tested positive, so they took him out and locked the rest of us in for 16 days.

The beds are jammed close together, everyone has to line up to breathe into one telephone for our five-minute daily calls. They may as well just spray us all with the virus.

I have lost everything in this terrible prison. I’ve lost my hair, of course. I’ve lost my eyes – it’s hard to get treatment for cataracts in here, so I can’t read or write any more. Seeing younger, healthier men released, ostensibly to keep them safe from coronavirus, is one more injustice to swallow.

But then, for the last 33 years, injustice is all I have known.