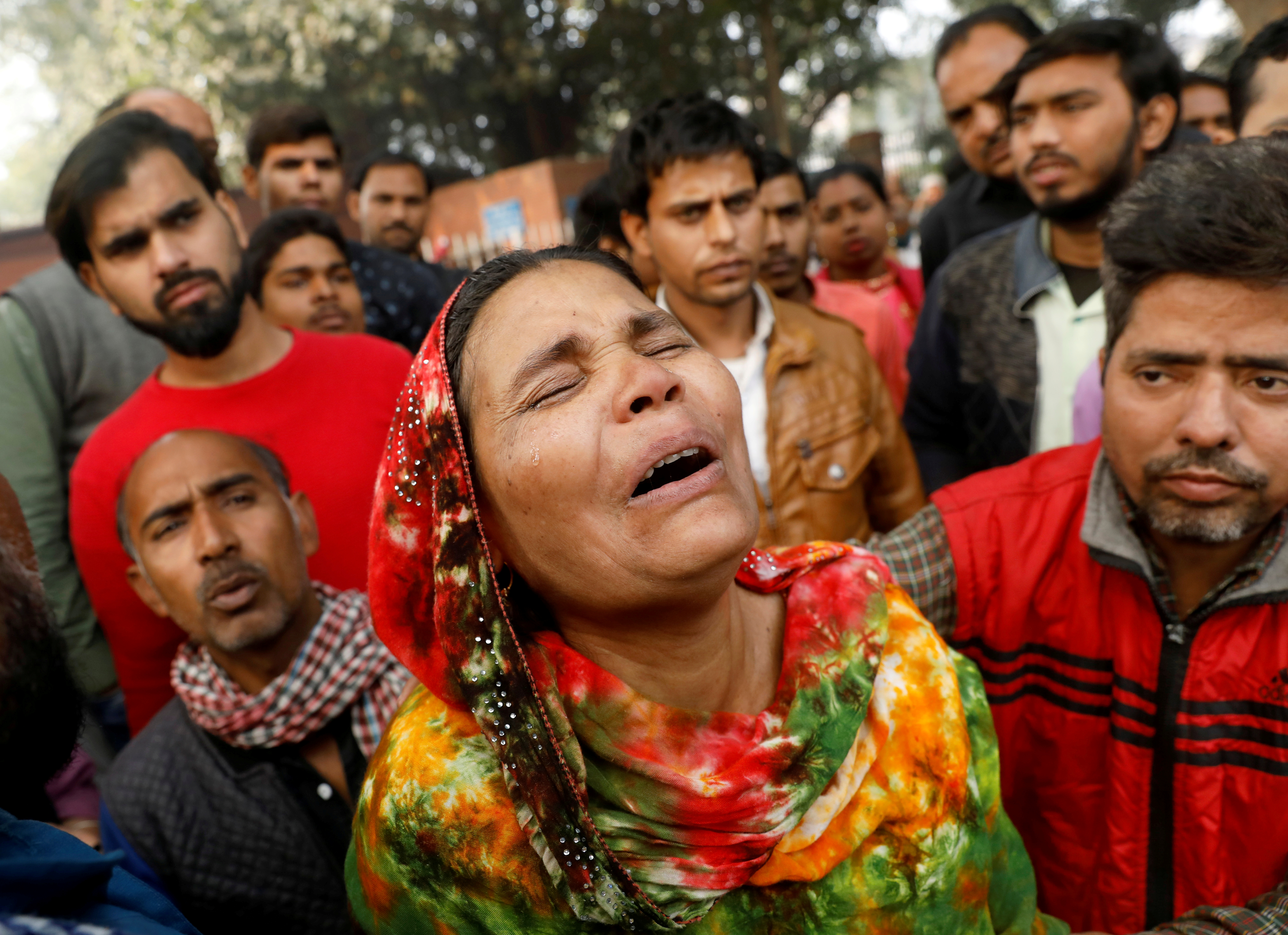 A relative of a victim of a fire that swept through a factory where laborers were sleeping, cries outside a hospital mortuary in New Delhi, India December 8, 2019. REUTERS/Adnan Abidi TPX IMAGES OF THE DAY
Follow Us

At least forty-three people were killed in India’s capital New Delhi on Sunday (8) when a fire swept through a six-storey factory where labourers were sleeping, government officials said.

The factory was making handbags and lots of raw material was stored inside the building due to which the fire spread quickly, local media reported. However, no details were immediately available on the cause of the fire.

“Till now we have rescued more than 50 people, most of them were affected due to smoke,” Atul Garg, an official with Delhi Fire Services told reporters.

Nearly 30 fire tenders were rushed to the spot and injured were admitted in four nearby hospitals, he said.

The factory was operating in a congested residential area.

The fire was doused and a team of National Disaster Response Force was searching the factory to find out if any more people were trapped, a police official told Reuters.

The Delhi state government will conduct a probe and action will be taken against those responsible for the fire, Imran Hussain, minister of food and civil supplies, told reporters.