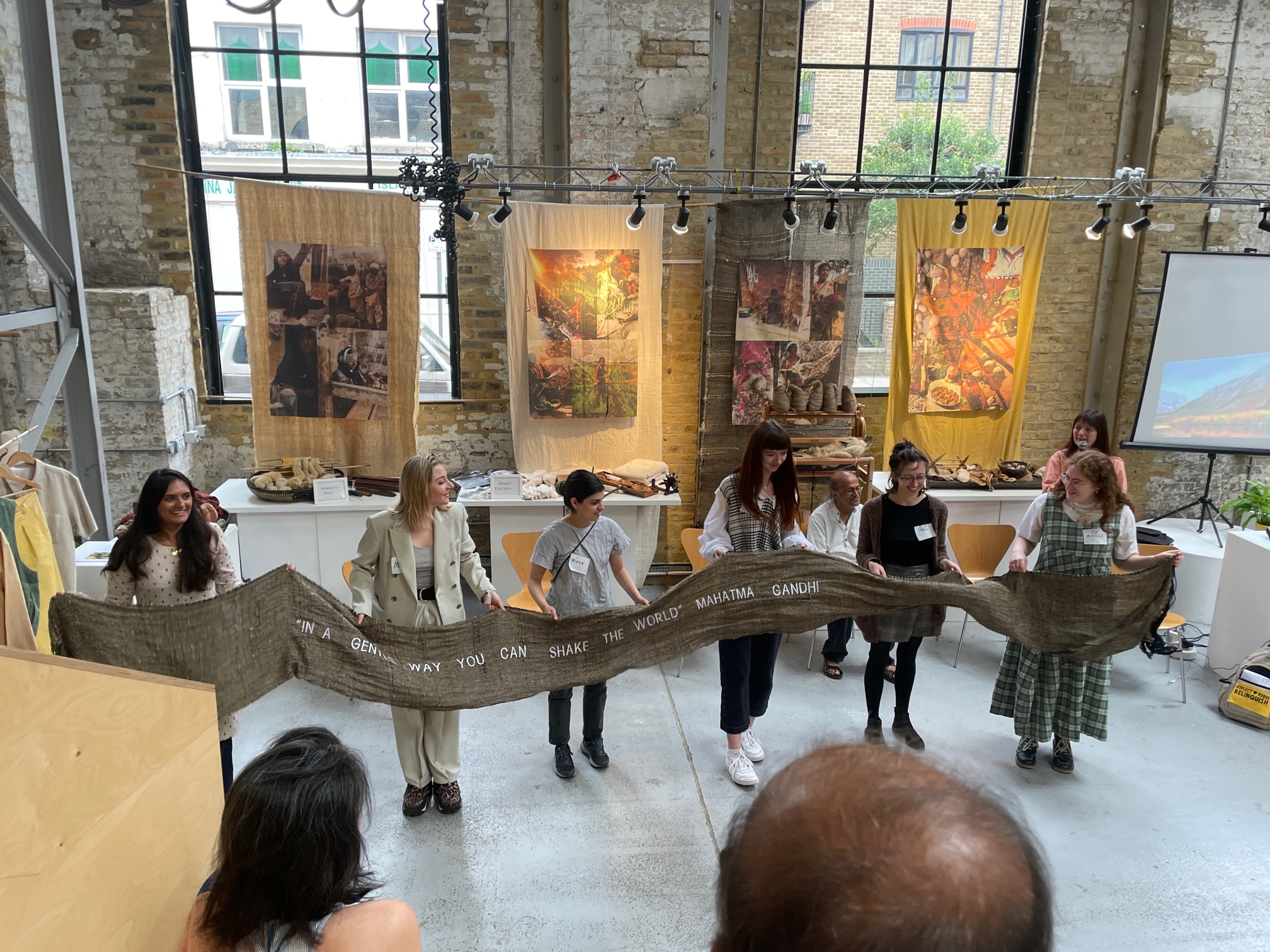 The event being inaugurated by Lydia Freeborn.

FASHION and textile designers, brands, sustainability experts, students and activists gathered at the Festival of Natural Fibres, now in its fourth year, to discuss the impact of the industry on the environment.

Kishore Shah, founder of Khadi London, who organised the event in London last month, said, “The goal of the festival is to create a movement for change. There are so many natural fibres available in the UK, India and other parts of the world that can be used to create beautiful fabrics with far less impact on the planet, as well as supporting skilled livelihoods.”

This year’s theme was “reconnecting farming to fashion” and it was illustrated by an exhibition showcasing British and Indian natural fibres.

Students and recent graduates who worked with khadi also took part in the event.

Climate change was another topic, with Minney, Esther Triekens (CEO of NGO Action Village India) and Asha Buch of Khadi London, while other discussions were on the relationship between craft and technology and British fibres such as wool, flax and hemp, among others.