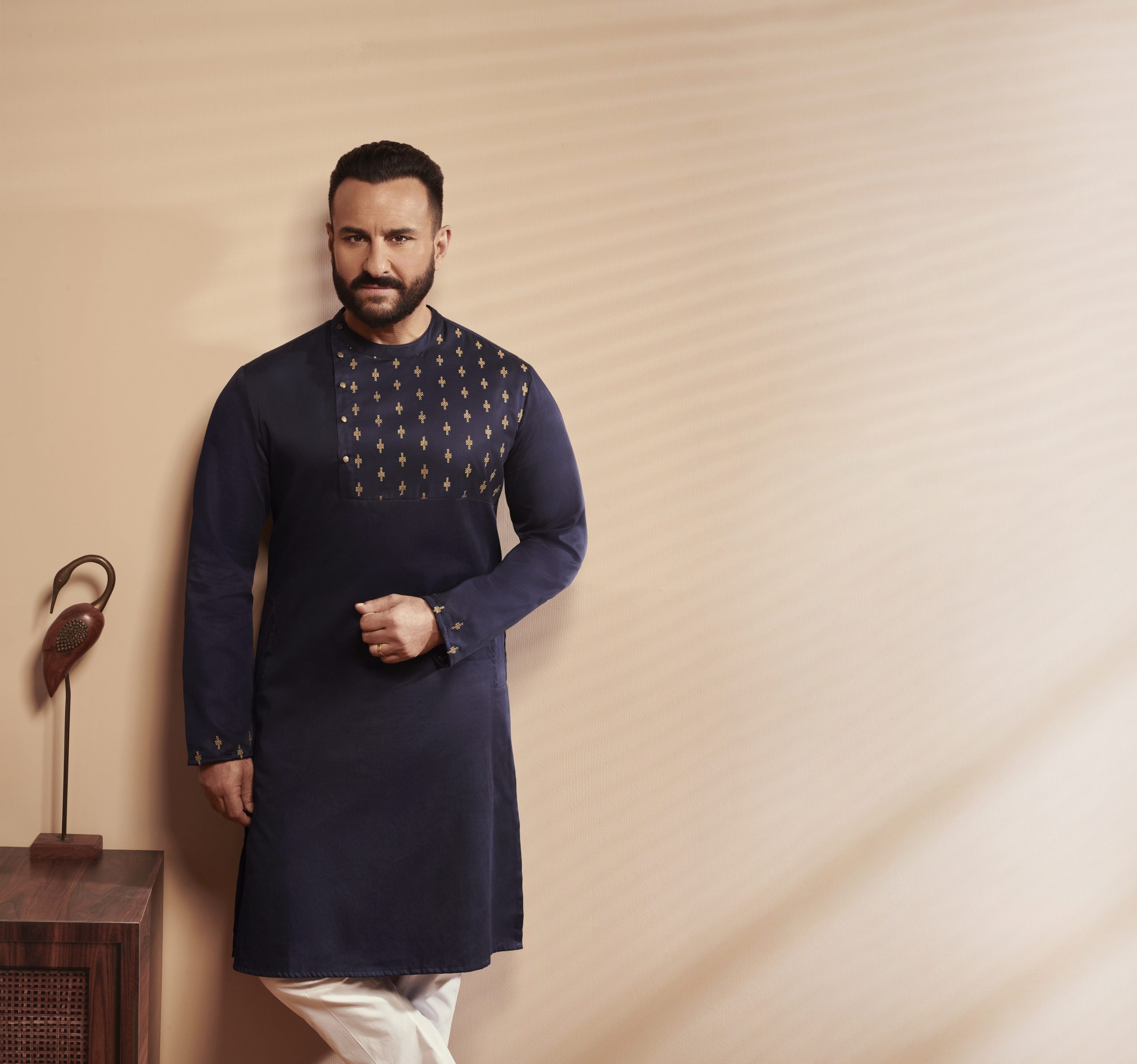 TWO of the biggest blockbusters of 2022 have Saif Ali Khan in contrasting roles and show that he is now in the most exciting chapter of his long, distinguished career.

Hotly anticipated films Adipurush and Vikram Vedha will add momentum to a recent run of performance-driven projects for an actor in top gear. Not surprisingly, he is enjoying the wide variety of roles and feels motivated to cross more acting horizons.

Eastern Eye caught up with the popular Bollywood star to discuss this exciting new phase of his career, recent film Bunty Aur Babli 2, acting, future hopes and what keeps him inspired.

Is it a coincidence that all your recent projects are different to one another?

I don’t know! I mean it could also be that people are making different movies. It’s not really me choosing specifically to be different, but there is a choice to be made it seems. I’m a little aware. I was just telling somebody recently that I don’t want to fall into a trap, you know, of having to colour my hair green or something to look different in the next movie because you’ve got this thing of being an actor who’s playing different parts. There are traps everywhere, so I’m going to try to avoid that by playing a classic hero cop and classic hero fireman in my next two movies.

Is it fair to say that you are looking for performance-driven roles ahead of starry ones?

Absolutely! I don’t want to play the star. Even if you do play starry roles, you learn from my teachers in cinema, who I’m obviously nothing like – Al Pacino and people like this, who would look like stars, but avoid playing the star and kind of find a way to get in to the character and make it more about acting than looking good or whatever.

You’re great in dramatic roles, but is it fair to say that comedy is still the most natural genre for you?

I don’t know actually whether it’s still the most natural genre. It certainly was before and something I do enjoy tremendously. I think people like to see me in that when things are not being taken too seriously, so it’s great. I love it and it is something that I want to do. 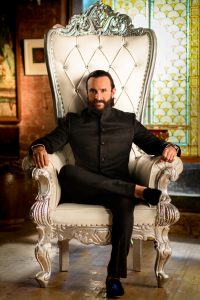 What was it like teaming up with Rani Mukerji again after all these years for Bunty Aur Babli 2?

It was really nice. (Laughs) She’s the boss now (of Yash Raj Films)! So, there was that. But I was just very keen for us to be very good because that’s the only relevant thing. I mean, we have history and have done some very good things in the past, but that was a long time ago and now I just wanted it to work. And it did work. Normally my first day is a bit unsure, but here from day one, we were just in the same rhythm again because she’s a good actor. At her best, she is one of our best actresses. She will always make the scene work.

Your Bunty Aur Babli 2 co-star Siddhant Chaturvedi told me he was inspired by how energised you still are despite achieving so much. What keeps you so motivated?

I think it’s a balance for life, taking pride in your work and just making it special. And it is a tremendous privilege to be in front of the camera. I think that’s an attitude that we must have, and how do I entertain the audience. What can I do to just make it better, so that I can go home and have a nice drink when it’s done? You know, when you contemplate your life or midlife crisis, potentially, you say okay, well the wine’s not going to get any better and neither are my chats with friends. The only thing that I could improve it with is by working a bit harder. So that the time-out can be more enjoyable.

You are hugely in demand right now. What made you step into a sequel like Bunty Aur Babli 2, even though you didn’t play your character in part one?

Well, (producer) Aditya Chopra called me and said ‘this is what it is, are you interested in taking this forward’. A lot of my movies were ones I wasn’t the first choice for, so I don’t really have an issue with that, provided it’s all clear. He was very clear, and I said yes. I was also very keen on reuniting with Yash Raj Films because we haven’t worked together in a while. My producer used the word ‘homecoming’ in his text and that’s what it was. I’m not very sentimental about these things, in the sense that films come and go. Each film has its own kind of equation with the director and producer. Provided it’s all clear and everyone’s discussed everything, it doesn’t really matter whose playing what.

The projects you have on the way are incredible. Is this the most exciting phase of your career?

Really, it’s like planting and watching it grow. We did our hard work and chose very carefully. I have to thank my management team for helping me. To take Tanhaji and then Adipurush, and Vikram Vedha. All really exciting projects! There is also a fireman’s role for (production house) Excel. I’m really keen on doing well in those movies, so that I can improve my general stock in the industry.

One of the most anticipated films of 2022 is Vikram Vedha headlined by you and Hrithik Roshan. Does that put pressure on you?

Not really, because it’s a bloody good script and just reads really well. Obviously, on one level, it’s an edge-of-your-seat thriller and on another level, it is like, ‘wow, there is something deep happening here’. It makes you think as well and that doesn’t happen to me every day, where you get a double-edged kind of script. Something that’s working intellectually, but at the same time is just a page turner on the surface of it. I’m excited by it.

A lot of people kind of focus on your stardom, but for me you’re a very good actor. What according to you is the secret of a good performance?

I’ve been asked this question so often that I started thinking about it a lot. I’ve never thought about it before. But I like to subvert any kind of ego and play the part for what it is, warts and all, especially if there’s a chance to do that, whether it’s a bad walk, stupid expression or speaking noisily. I shouldn’t talk about others, but I notice some I’ve worked with are not being genuine to the part because they are more concerned with looking good. I think that’s a mistake and it’s not something I’m interested in. So that could be the kind of attitude you’re talking about.

You have lived in the west and know the culture, so are one of the few frontline stars who could do Hollywood films. Why have you resisted doing projects in the west?

You’re right and I might be able to because I am one of the few Indian actors who understands western culture. It is not about language, it’s about culture. How a normal man speaks to his mother in India is different to America. Therefore, an American can never play an Indian, even if he was the right colour and sounding right, because culturally we are alien. So, it’s about understanding another culture and that’s why a lot of guys can’t do it. I could but it also involves a lot of relocation, struggle and starting again. All that kind of stuff, and I am very comfortable here. But this internet is shrinking the world every day. Maybe there will be a Netflix movie or something, where someone would say come over and do it. If it’s within the next three or four years and we’re not too old, maybe we could do it.

Do you carry characters home after you play them?

In a way, yes, but I really thought about something Shah Rukh Khan said about having a big bath and washing it all off and letting it go somehow. There needs to be some ritual and I think it might involve fire or something cleansing, and then whiskey. There should be a ritual where you have to get rid of them. I mean obviously part of them stay with you when you spend so long learning the lines and remember them for a few years afterwards. So that part stays with you, but you need to let it go. There needs to be a ritual. There aren’t enough rituals for things that we do. We have more rituals for religion than we do for life. I need to find that ritual of letting go.

Finally, what is it that inspires you today in life?

I think people who are constantly learning and changing after a certain age, like people working well in their fifties and beyond. People who are engaged and excited about life, and keeping their craft going upwards. So, Amitabh Bachchan inspires me because he’s just getting better and better. The way he speaks Hindi is amazing. Fitness, discipline, and role models change. You know we want to keep making money, keep working hard and not give up, so the role models are more about longevity.