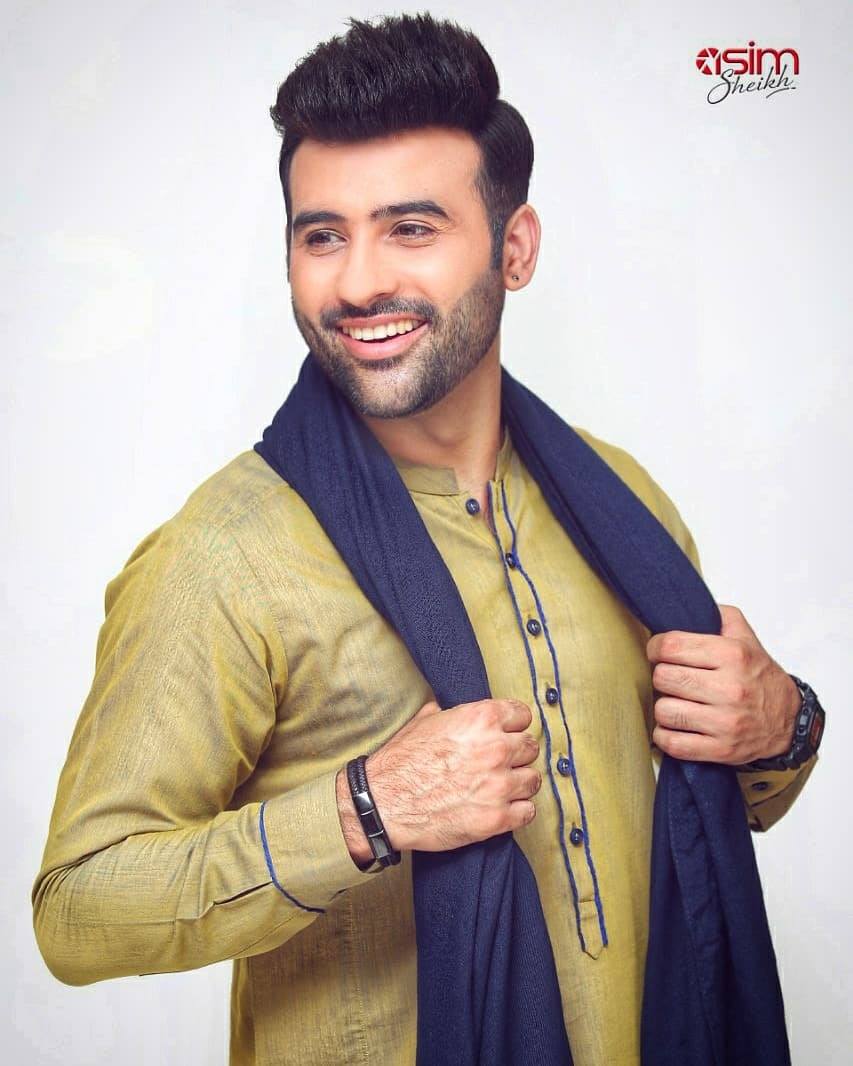 He has since starred in films and multiple acclaimed television serials that have shown off his impressive range as a performer. These terrific TV turns include performances in Ab Dekh Khuda Kya Karta Hai, Saaya, Ghairat and Ready Steady Go. That talent runs in the family because his mother is acclaimed actress Parveen Akber and his sister is rapidly rising star Rabya Kulsoom.

Eastern Eye caught up with one of Pakistan TV’s secret weapons Faizan Sheikh to find out more about him.

What first connected you to acting?
I have seen my mom act since childhood and have met some legends of our industry in their prime, which used to really fascinate me. Later on, when I started my own career from theatre, it was love at first sight for me.

Which of your projects has given you the greatest joy?
Recently, Heer Maan Ja was a treat. A film takes a longer process, so you get to live the character, which takes a lot, but is great fun for someone like me.

Which project was the most challenging?
A play I did called Laakhon Main Teen was really challenging as I was portraying a Baloch in it. It needed a specific skin tone and voice quality to portray Yar Baloch, and I had a ball doing it.

How does TV compare to acting in films?
TV is not an actor’s medium I believe. It mostly is more about content. I’ve seen actors do immensely good on TV though, but a weaker script doesn’t grab the attention of the audience. In film, you can think big, imagine big and deliver big due to the larger-than-life canvas. Even a small gesture can be registered on film. It’s like the difference between a bicycle and a Harley Davidson.

What can we expect next from you?
You can expect surprises. There is a lot in store. I love to keep on experimenting and that’s what keeps me motivated.

What would be your dream role?
It would be Joker.

What do you enjoy as an audience member?
I like interesting and intriguing storylines. Recently, I binge watched Dark on Netflix and absolutely loved it.

Who would be your own acting hero?
Faysal Qureshi, hands down. His ability to transform on screen is absolutely amazing.

If you could master something new, what would it be?
Flying! It’s something that really excites me.

What inspires you?
I would want to be known as an entertainer than being tagged as just an actor, which can be limiting. The passion to entertain people inspires me to constantly evolve and experiment.