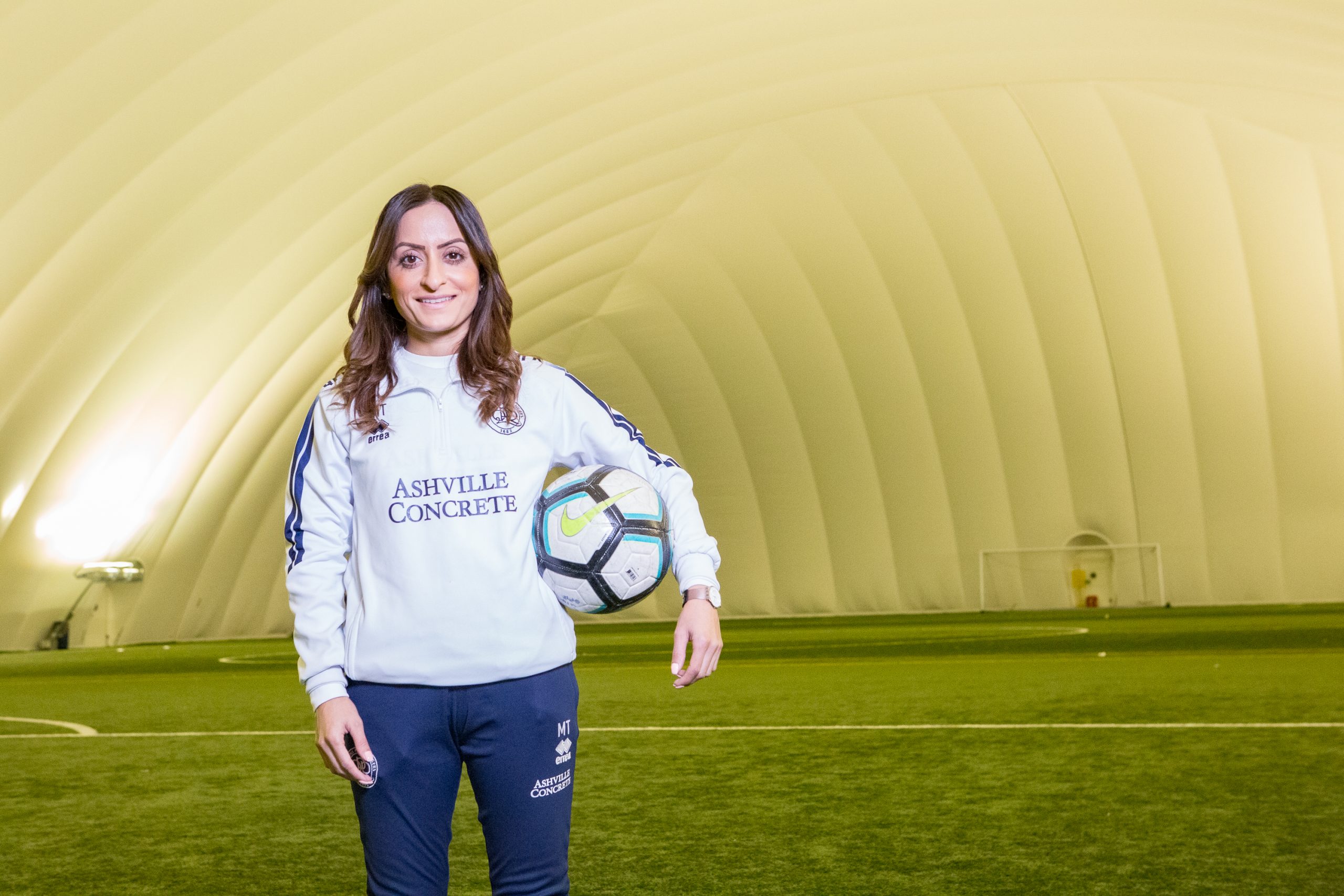 Manisha Taylor coaching a session with U13 boys at QPR Photo: Lucille Flood for The FA

QPR coach Manisha Tailor has been breaking down boundaries her entire life, but even she admits it’s ‘extraordinary’ that she has been promoted to assistant head of coaching for the club’s under-9s to under-16s – making her the first woman and first person of South Asian heritage to hold such a position.

The 40-year-old will assist head of coaching Chris Ramsey, who has been a mentor and big supporter in Tailor’s journey.

“I am looking forward to continuing to learn from senior staff and assist Chris Ramsey in enforcing and disseminating the philosophy at the academy. This is quite an extraordinary position to be in, as a woman and as a south Asian woman. I hope that it inspires change so that we see more women from different backgrounds in these types of roles,” she told Eastern Eye.

Her time at QPR has been life-changing for Tailor and she is proud to be associated with a professional football club, which is “inclusive and diverse”.

“The club has been instrumental in my development, especially Chris Ramsey, who took me under his wing in 2016 when I first began to volunteer at the club. His mentoring and guidance has fostered my learning in helping me to develop a greater understanding of the landscape within professional football.

“I was initially encouraged to contact Chris by Andrew Impey (former QPR footballer & current U23 head coach). I had met Chris in 2014 and we reconnected in 2016 at a Kick it Out event – we were both invited to be mentors by Troy Townsend, the rest I guess is history! I am in a great place, with senior staff who are incredibly welcoming and open to helping me learn. I am proud to work at an inclusive and diverse football club,” she said.

Initially, when Tailor joined QPR in 2016 and started to travel with the team for away games, she would be perceived as a physio by the rival teams, a stereotype she is determined to break down.

She said: “There is now a bit more familiarity, but there have been times recently where I would be assumed to be the physio. However, I and others can help to change this by creating greater visibility, through the job that I am in. I must play my part in breaking down these stereotypes.”

She reveals it required tremendous “persistence and resilience” on her part to break the glass ceiling and to some extent gender stereotypes in a male-dominated professional sport.

“There were inevitably challenges and it required persistence and resilience to manage my emotions within an incredibly competitive environment, maintain focus on my journey and be adaptable and open to learning. Chris [Ramsey] helped me to better understand the environment, which I believe for me has been key. In addition to this, developing relationships and trust within an organisation is also important.”

She added: “I think there are a number of initiatives that are certainly holding clubs to account. Although we are seeing change, I think this change needs to be a little more radical. I say this because we have people from the south Asian community to do these jobs – they need equality and access to opportunities and to be treated on a level playing field. We are beginning to see change which is great and I hope this inspires others from the community to pursue their dreams in football.” 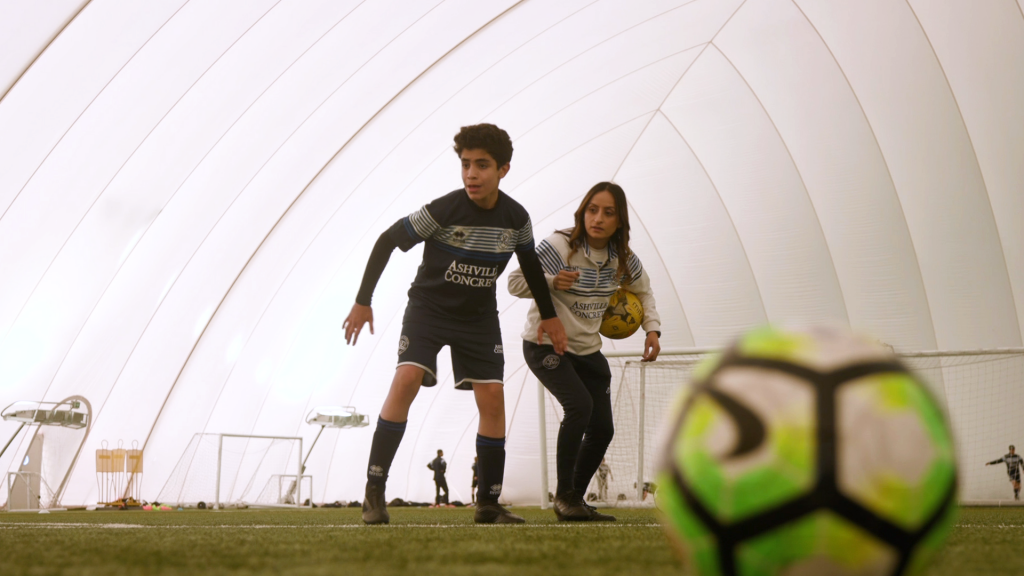 How can there be a change to make football more inclusive and diverse? Tailor, who was awarded an MBE in 2017 Honours List, says: “Greater accountability will help to ensure that clubs are adhering to ethical and equitable processes when they recruit. We need to challenge and question why there are few black and Asian coaches in senior positions?…they are qualified, but not being provided with the same or similar access to jobs, than others. Here, we must see change.”

Much of Tailor’s resilience and grit comes from her twin brother, Mayur, who was diagnosed of mental illness at the age of 18, which she says was “a result of trauma and extreme bullying at school”.

In 2011, she left her role as a deputy school teacher and embarked upon a journey in football, with her brother becoming a driving force.

“I was inspired by not only my brother, but influenced by my love and passion for the game and working with young people. Through my experience of becoming a young carer I saw the importance of using sport to engage with those who have mental health issues.” 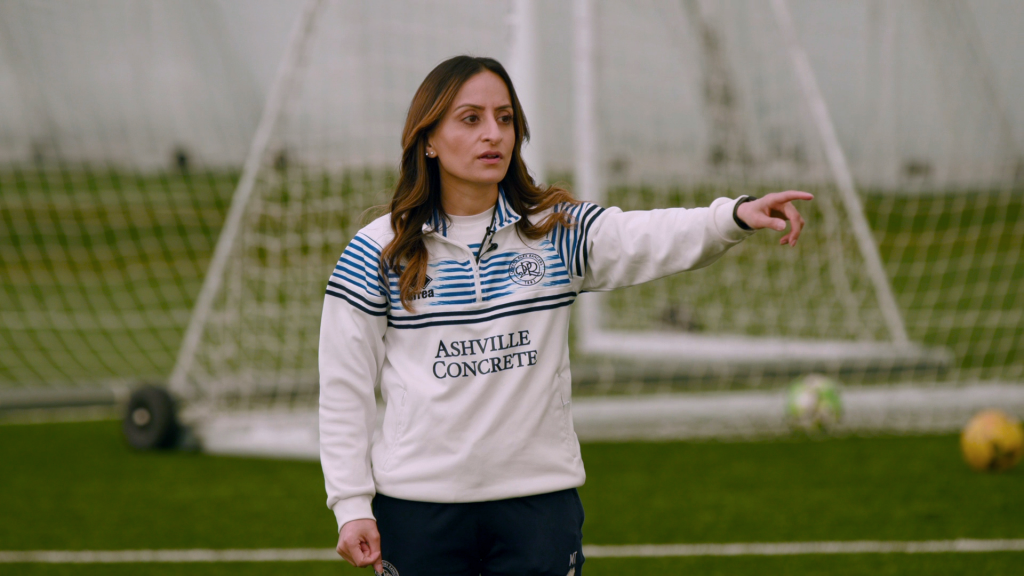 The outbreak of the coronavirus pandemic has put mental health in focus like never before, and Tailor says it affects us all.

“We need to create greater conversations around mental health to assist in breaking down any associated stigma and taboo. Mental health affects us all and in my opinion, it’s about recognising our emotions and learning how we manage our feelings in different situations.

“Open and honest dialogue can prevent isolation, fear of failure, stress and anxiety, simply because individuals would be more willing to share their thoughts, this could be in person, through voice notes or journalling – all of which can relate to sport and life,” she said.

In pursuit to become the best in her new role and as a coach, she is currently doing her A Licence course and simultaneously working on her second book, which profiles south Asian trailblazers in football.