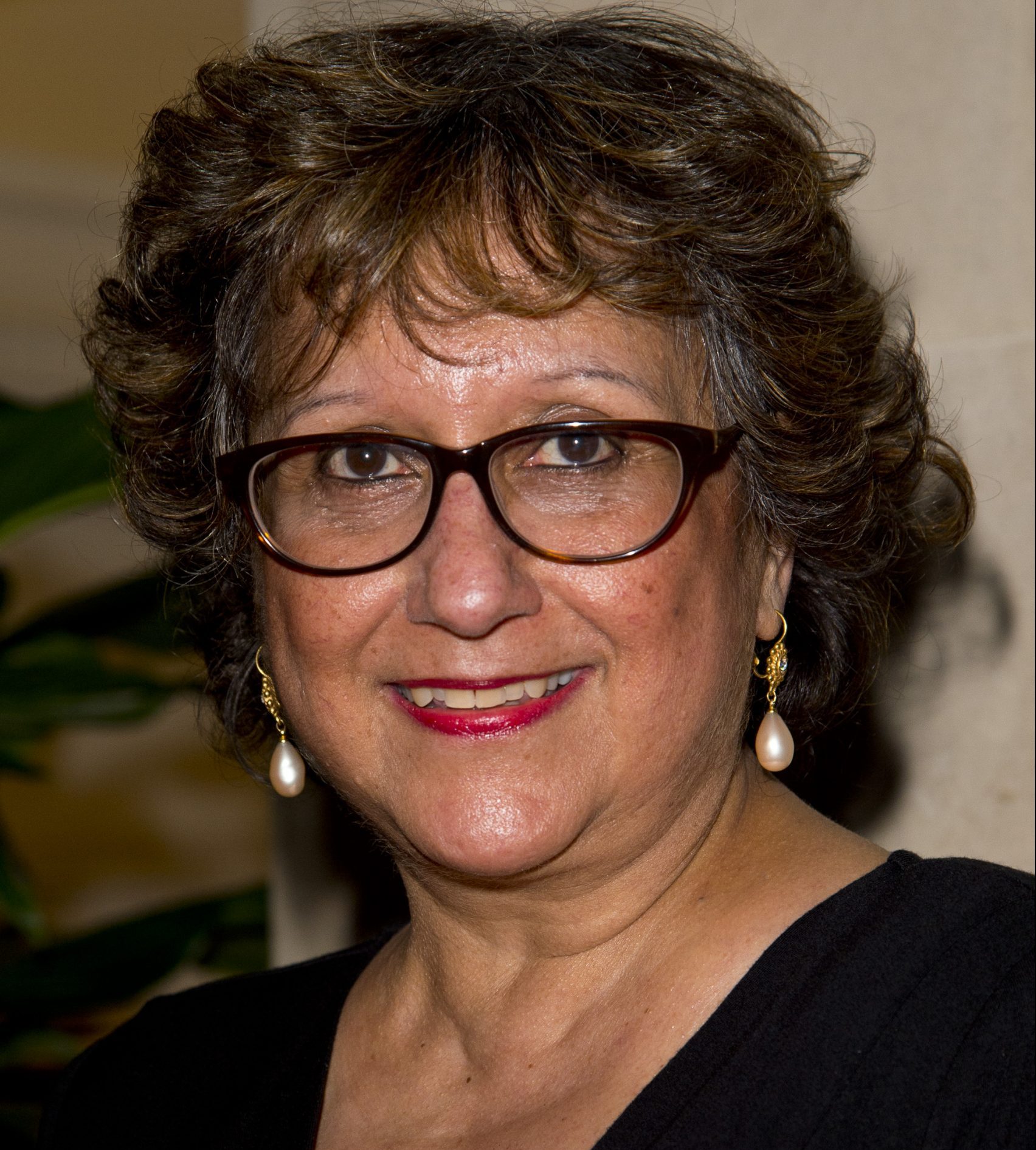 Pioneering journalist, Yasmin Alibhai-Brown, has revealed how she almost gave up journalism six months ago after a torrid time of threats and abuse.

The columnist with the i-newspaper was speaking to Eastern Eye ahead of her historic conversation with the BBC’s Ritula Shah for next week’s (29) event organised by The Media Society.

It is the first time the organisation has invited two south Asian women to discuss what has changed in the industry.

“I’ve had death threats, I’ve had police protection,” she said, speaking via Zoom from her home.

“I don’t talk much about it because that just kind of excites them [those who threaten her].

“But six months ago, it got intolerable, the level of attack, and I was really broken by it for a few weeks, I almost considered giving it all up.”

What stopped her was her “supportive” team at the newspaper.

“I have never, in my whole career, worked with such astonishing people,” she explained.

“So supportive. They don’t need lessons on racism. They are absolutely on the ball, and they are young, and they really made a circle around me and took care of me.”

Alibhai-Brown is no stranger to controversy.

Her columns reflect her credentials, politically on the left, a committed anti-racism campaigner and challenging established media views on issues of the day.

The venom targeted at her comes from both white people and Muslims.

“I get it from the white side for several reasons,” she explained. “I’m the kind of combination they hate, brown, female on the left, anti-Brexit, an immigrant and mouthy.

“They hate the package. The great thing is that in the last 20 years, I have been allowed to write about what I want.

“They were happy when I was writing about oppressed Asian women, and their stereotypical stories.

“But I also get it from the other side. The three guys who issued a very serious death threat, were Muslims, and they [the police] found them and they lived not far from me.

“They don’t like it because I’m, again, not the kind of right kind of Muslim. Maybe it keeps me young because there’s always a fight to be fought.”

She is fearless about revealing details about her life which show the hidden depth of racism among south Asians.

When she was a schoolgirl in Uganda, her country of birth, one of Alibhai-Brown’s ambitions was to be an actress.

But that was dashed, despite winning first prize in a British Council competition, after she committed the sin of kissing a boy in a production of Shakespeare’s Romeo and Juliet.

“I had a scholarship after that performance, a British Council scholarship to come to drama school in London, they thought I was that good, but I was never allowed to take it up.”

In her memoir, Alibhai-Brown recalled how relatives, not her parents, beat her, and that she still had the marks of that evening’s beating.

At 37, she came to journalism relatively late in life. Alibhai-Brown had already been a teacher for a decade and then worked with refugees showing them how to survive their new homeland.

The author of several books, including True Colours in 1999 about the role of government on racial attitudes which was launched by the then prime minister, Tony Blair, in the commons, knows about leaving the country of her birth.

Alibhai-Brown was at Oxford University when Idi Amin expelled tens of thousands south Asians in 1972.

“Those three years, I got my degree, but it killed my confidence and my spirit, and so I decided I didn’t want to go into writing,” she remembered.

“Awful racism. We’re talking about 1972, no brown girl had ever appeared in the literature department to study Victorian literature, which is what I wanted to do.

“Science was open, it was always open to international students, lawyers, yes, but literature was the whitest and most narrow minded of programmes.

“I remember one of my tutors was Jonathan Wordsworth, the great, great grandson of [William] Wordsworth.

“He’d go up to his room, there would be five of us, and he would offer everybody else to drink of whatever, tea, coffee, sherry, but he ignored me the whole tutorial.

“Then there were all these people around me, who spoke as if they were speaking the truth, in that voice of the public, school educated person, and my spirit was broken.”

She said that left her “in the wilderness for 10 years”.

Alibhai-Brown would lead the way for other journalists of colour, especially women, when she became the country’s first south Asian columnist for a national newspaper.

She remembered how she wrote a speculative, feisty, opinion piece and gave it to a friend.

“I knew one journalist, a great guy called Aiden White, who worked at The Guardian.

“He used to come and talk to my students about the media. I wrote a column about, why can’t you pronounce my name properly? And stop talking to me as if you don’t know that your government put Idi Amin into power, I wouldn’t be here if your government hadn’t done that.

“I called Aiden, this is pre-mobile or internet older, and he said, alright, I’ll have a look at it.

“He looked at it, and he said, this is rather good, and he sent it to The Guardian, and The Guardian published it.”

Alibhai-Brown went on to write for the New Society Magazine, where she got to edit the monthly supplement, Race and Society.

“The person who taught me all of this was David Lipsey, who is now Lord Lipsey,” she said.

“He was my editor, and he was my champion, the whole way through.”

During that time, she commissioned writers who have now become household names, including the BBC’s Razia Iqbal and The Guardian’s Ed Pilkington.

So, does she think south Asians today understand or pay tribute to those who have gone before them?

“British Asians are very good at holding up an exemplary man who came here as an immigrant without a penny in his pocket and look what has happened since but not with other areas, and certainly not the arts or media,” Alibhai-Brown pointed out.

“I always used to say, even from the beginning, look, the way Jewish British people succeeded was not just by making a success of their businesses, by basically getting wealthy.

“They knew that they had to influence the population. So, they put their sons and daughters into the media, into law, into science, and they got honoured by their people.”

But she told Eastern Eye that even though she faced her fair share of racism, things had improved in journalism but there was still more work to be done.

The resignation of the former boss of the Society of Editors, Ian Murray, after a statement which said that it was “not acceptable” for the duke and duchess of Sussex [Harry and Meghan] to accuse the press of racism “without supporting evidence” was a case in point.

“It was just that was the stupidest thing I’d ever heard, the Society of Editors has known very long time that they are too white, too excluding,” she said.

“I wasn’t even invited to their do-s until about five, six years ago, when a number of us picked up that the awards were all going to white men.

“Then the chair, who sadly died, said I’d like you to come as my guest, and I said, I’d rather eat glass.

“I want to be invited in my own right, I will not come as your guest, and the following year not only was I invited, I won columnist of the year.

“They have now said they’ve changed; I hope so.”

Her latest book, Ladies Who Punch, pays tribute to 50 “courageous women who change history and remould our culture”.

It is full of hidden surprises.

“I included Margaret Thatcher, in my book, I am very fair, and I just wanted to say, every one of us has added, and nobody knows.

“We were a big do, the other day, and I said around the table, do you know who the first female lawyer was in this country? Who qualified as a lawyer? Who was she? Nobody knew.

“Of course, it’s Cornelia Sorabji, the Indian woman, the first ever to qualify [from Oxford University].

“Three of the women around the table were lawyers.”

During our interview, Alibhai-Brown revealed her admiration for the next generation of south Asian female journalists such as the BBC’s Mishal Husain and Reeta Chakrabarty.

But it is Ritula Shah, with whom she will be in conversation that she reserved her highest praise.

“Ritula Shah has been a kind of pioneer in terms of broadcast for Asian female and for females, I would say, because the kind of work she’s done, has been central, politics as it is happening.

“She is very informed, someone who is admired for her extraordinary confidence when she’s talking to these guys, and she’s a brilliant journalist.

“I love Mishal Husain, and I love them all actually, but Ritula, was there long before them.”

Yasmin Alibhai-Brown will be in conversation with the BBC’s Ritula Shah on Wednesday, 29 September 2021 at 6pm. You can get tickets for this virtual event at:
https://www.eventbrite.co.uk/e/the-media-society-1-on-1-event-ritula-shah-and-yasmin-alibhai-brown-tickets-164092947423