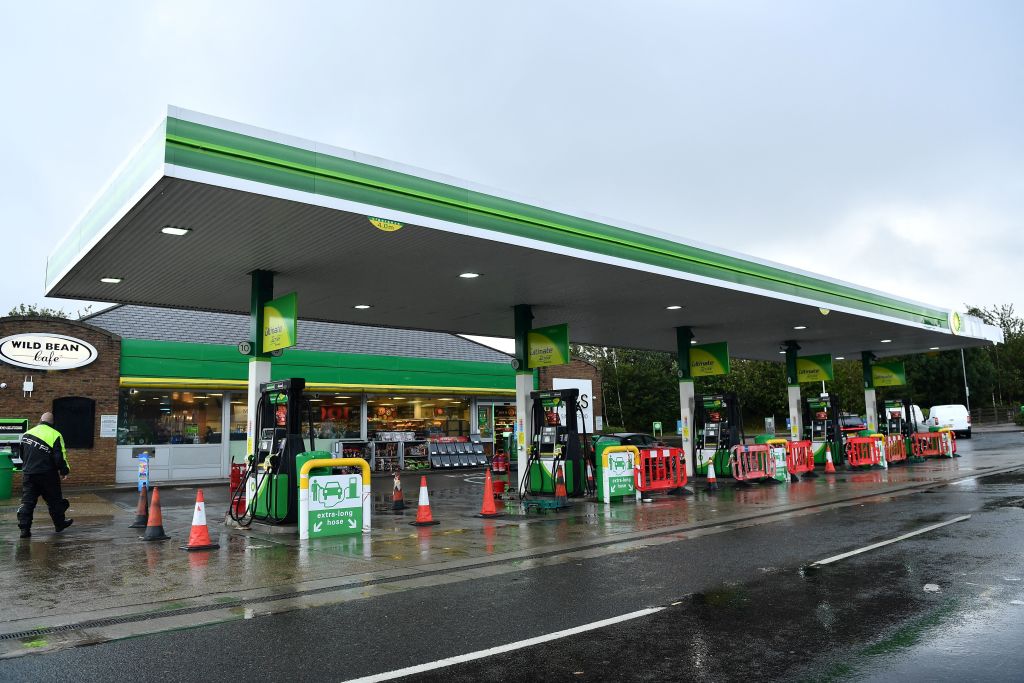 UP TO 90 per cent of fuel stations ran dry across major English cities on Monday (27) after panic buying deepened a supply chain crisis triggered by a shortage of truckers.

While BP said nearly a third of its British petrol stations ran out of two main grades of fuel, retail major EG Group introduced a limit of £30 per customer at its forecourts. It, however, said HGV drivers and emergency services were excluded from the limit.

A dire post-Brexit shortage of truck drivers in Britain has sown chaos through supply chains, raising the spectre of disruptions and price rises in the run-up to Christmas.

Just days after prime minister Boris Johnson’s government spent millions of pounds to avert a food shortage due to a spike in prices for natural gas and its byproduct carbon dioxide, ministers repeatedly asked people to refrain from panic buying.

But queues of dozens of cars snaked back from petrol stations across the country on Sunday (26), swallowing up supplies and forcing many gas stations to simply close. Pumps across British cities were either closed or had signs saying fuel was unavailable.

“Some of our members, large groups with a portfolio of sites, report 50 per cent are dry.., some even report as many as 90 per cent were dry as of yesterday,” Brian Madderson, chairman of the Petrol Retailers Association (PRA) told Sky.

The PRA represents independent fuel retailers who now account for 65 per cent of all UK forecourts.

“So you can see it is quite acute,” Madderson said.

Panic buying forced the government to suspend competition laws and allow firms to work together to ease shortages.

“This step will allow the government to work constructively with fuel producers, suppliers, haulers and retailers to ensure that disruption is minimised as far as possible,” the business department said in a statement.

But business leaders have warned the government’s plan is a short-term fix and will not solve an acute labour shortage.

Meanwhile, oil and logistics companies came together to issue a joint statement on Monday (27) assuring that “there is plenty of fuel” and the demand would ease to normal levels “in the coming days”.

“There is plenty of fuel at UK refineries and terminals, and as an industry, we are working closely with the government to help ensure fuel is available to be delivered to stations across the country,” the statement from BP, ExxonMobil, Fuels Transport & Logistics and seven other entities said.

“As many cars are now holding more fuel than usual, we expect that demand will return to its normal levels in the coming days, easing pressures on fuel station forecourts. We would encourage everyone to buy fuel as they usually would”, it said.