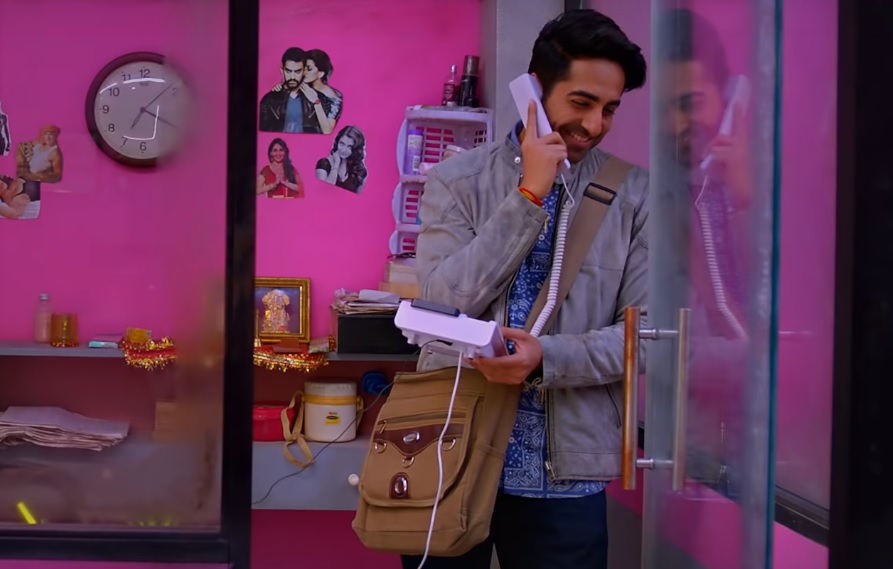 Ayushmann Khurrana is surprising us with his every film. The actor received a National Award this year for his performance in 2018 release Andhadhun. Now he is all set to entertain us on the big screen by turning Pooja. If you have seen the trailer of the film Dream Girl, you would know what we are talking about. And if not, let us tell you that in Dream Girl, Ayushmann plays a character of a man who portrays the role of Sita and Radha in theatre plays and also speaks to men on the phone in the voice of a girl.

After the impressive trailer and the song Radhe Radhe, the makers have now released the track Dil Ka Telephone. Ayushmann took to Twitter to share the song with his fans. He tweeted, “Love urf #DreamGirl is calling! ? Are you ready to pick up? ❤? #DilKaTelephone song out now. http://bit.ly/DilKaTelephoneDreamGirl @NushratBharucha @ektaravikapoor @ruchikaakapoor @writerraj #AnnuKapoor @nowitsabhi @ActorVijayRaaz @oyemanjot.”

The song is composed by Meet Bros and sung by Jonita Gandhi and Nakash Aziz. It is an impressive track and Ayushmann Khurrana’s act takes it a notch higher. The actor is simply excellent in the song and he is looking super cute. Even Abhishek Banerjee and Vijay Raaz leave a mark.

Dream Girl is directed by Raaj Shaandilyaa and produced by Ekta Kapoor. The movie also stars Nushrat Bharucha and it is slated to release on 13th September.

In the film, Ayushmann himself has dubbed for the female voice. While talking about it, he had stated earlier, “I had to deliver 25 percent of my dialogues in a woman’s voice. Since I come from a radio background, it’s easier for me to modulate my voice. I have spent years behind the mic, mimicking different people. Raaj had given me the references of a few men, who prank people by talking like a woman. I studied those videos extensively.”