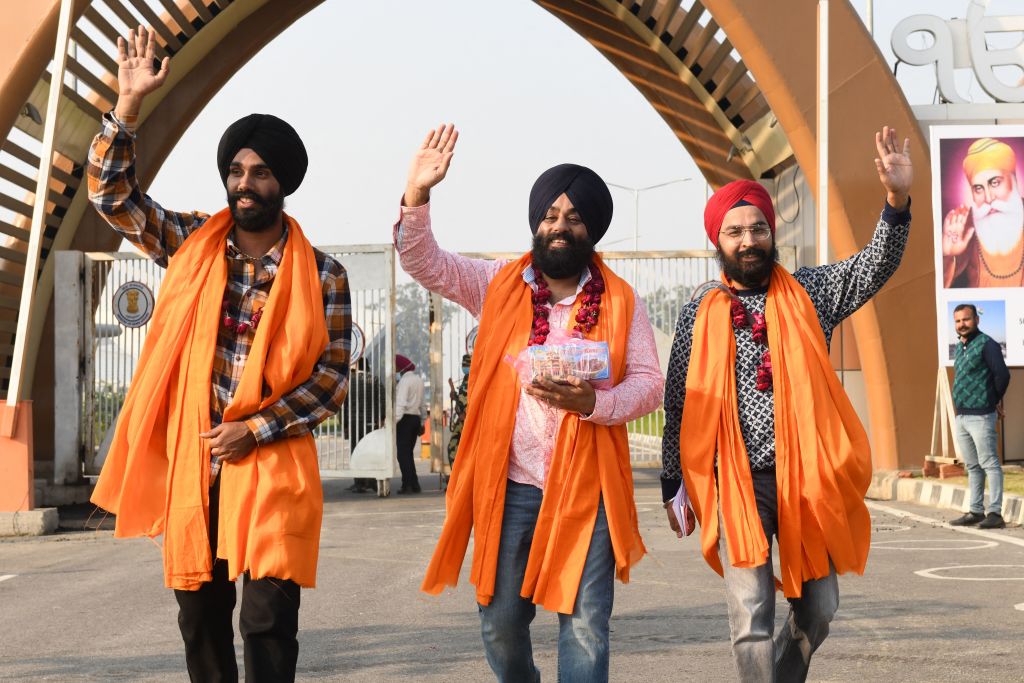 Sikh pilgrims gesture as they return to India from the Gurdwara Darbar Kartarpur Sahib in Pakistan after paying their respect on the occasion of Sikhism founder Guru Nanak’s birth anniversary at the Kartarpur Sahib corridor on November 17, 2021. (Photo by NARINDER NANU/AFP via Getty Images)

DOZENS of Sikh devotees from India offered prayers at the Gurdwara Darbar Sahib in Pakistan on Thursday (18) after the visa-free Kartarpur corridor reopened for pilgrims after a gap of 20 months.

The more than four-km long Kartarpur corridor links Gurdwara Darbar Sahib in Pakistan’s Kartarpur, the final resting place of Sikhism founder Guru Nanak Dev, to Dera Baba Nanak shrine in the Gurdaspur district of India. Pilgrimage to the gurdwara was suspended in March 2020 due to the Covid pandemic.

Sidhu’s media advisor Surinder Dalla said on Wednesday (17) night that the Congress leader had been officially intimated that he could go there on Saturday (20) instead of Thursday (18).

The first batch of 28 Indian Sikhs, including women, visited the gurdwara on Wednesday (17) by using the corridor on the first day of its reopening.

Describing the reopening of the Kartarpur Sahib corridor as a historic moment, Channi had said before crossing over that it was a joyous occasion as the corridor has facilitated numerous devotees to go to Kartarpur Sahib.

The Indian government had decided to reopen the Kartarpur corridor from Wednesday (17) ahead of Gurpurab, which marks the birth anniversary of Guru Nanak, on November 19.