Six out of the top ten stars, including Ram Charan, Samantha Ruth Prabhu, NTR Jr, Allu Arjun, and Yash, are from the south Indian film industry. 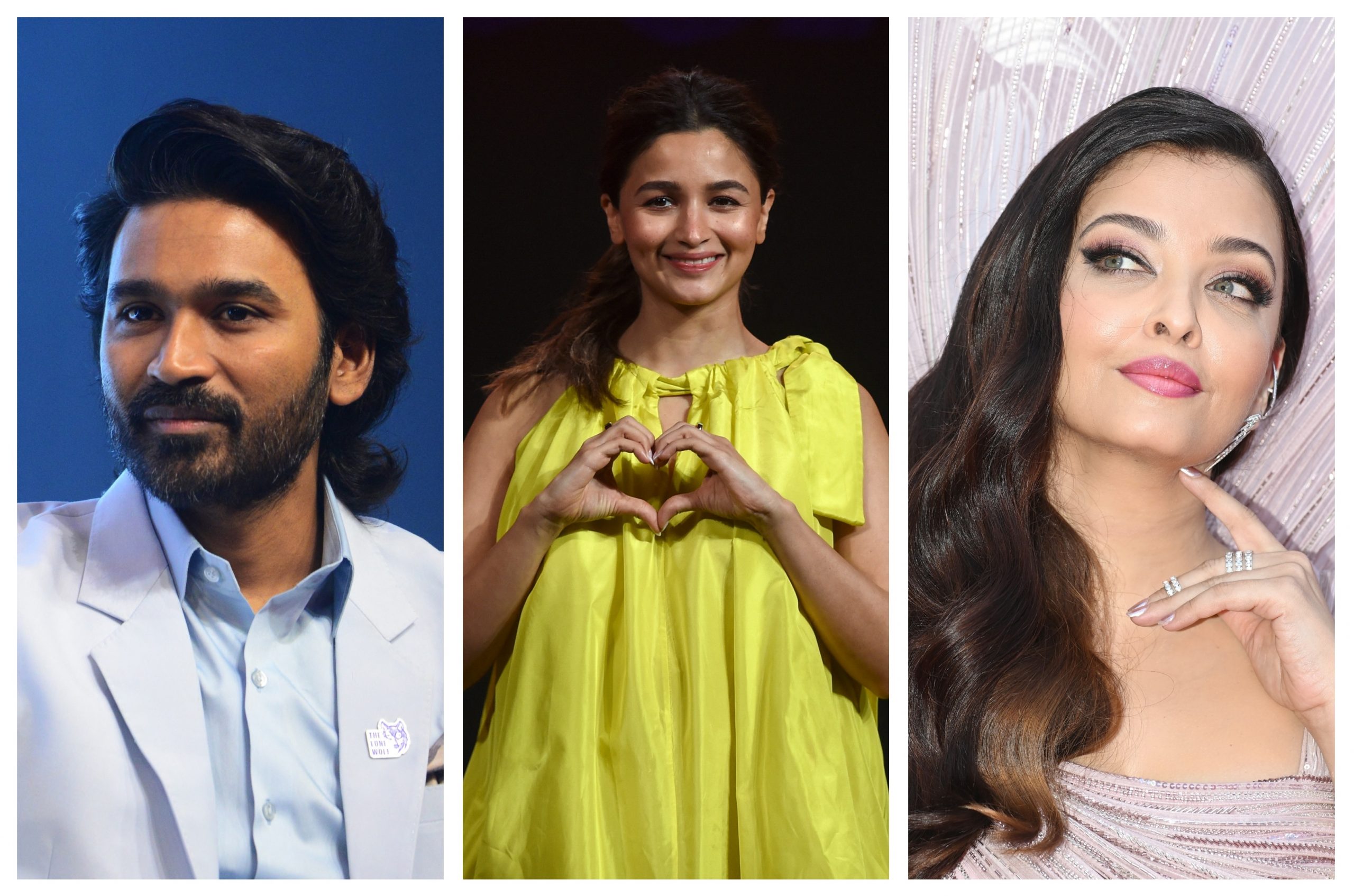 As the year comes to a close, IMDb has announced the list of their ‘Top 10 Most Popular Indian Stars’ of 2022. The list includes the names of several prominent actors from various film industries across India, with Tamil star Dhanush bagging the topping spot.

Bollywood actress Alia Bhatt, who most recently welcomed her first child with husband Ranbir Kapoor, secured the second spot, while the Ponniyin Selvan star Aishwarya Rai Bachchan bagged the third spot on the list that IMDB shared on Wednesday.

What makes IMDb’s most popular Indian stars list for 2022 even more interesting is the fact that six out of the top ten stars, including Ram Charan, Samantha Ruth Prabhu, NTR Jr, Allu Arjun, and Yash, are not from Bollywood but south Indian film industries.

Who was your favourite Indian star this year? 🎬⭐️ #IMDbBestof2022 pic.twitter.com/w6deLsCZ9y

While Dhanush had five films released this year, including the ‘Russo Brothers’ The Gray Man alongside Ryan Gosling and Chris Evans and the Tamil blockbuster Thiruchitrambalam in addition to Naane Varuven and Vaathi, Alia Bhatt featured in three hit films including Gangubai Kathiawadi, Darlings, and Brahmastra Part One: Shiva in 2022.

The actress told IMDb in a statement, “2022 has by far been the most memorable year I have had at the movies. I am forever thankful and grateful for the love the audience gave all my films this year and feel honoured to have collaborated with our country’s finest filmmakers and artists. IMDb is a true testament to the people’s voice and I hope I can continue to entertain the audience for as long as I face the camera! Love and light. Thank you once again.”