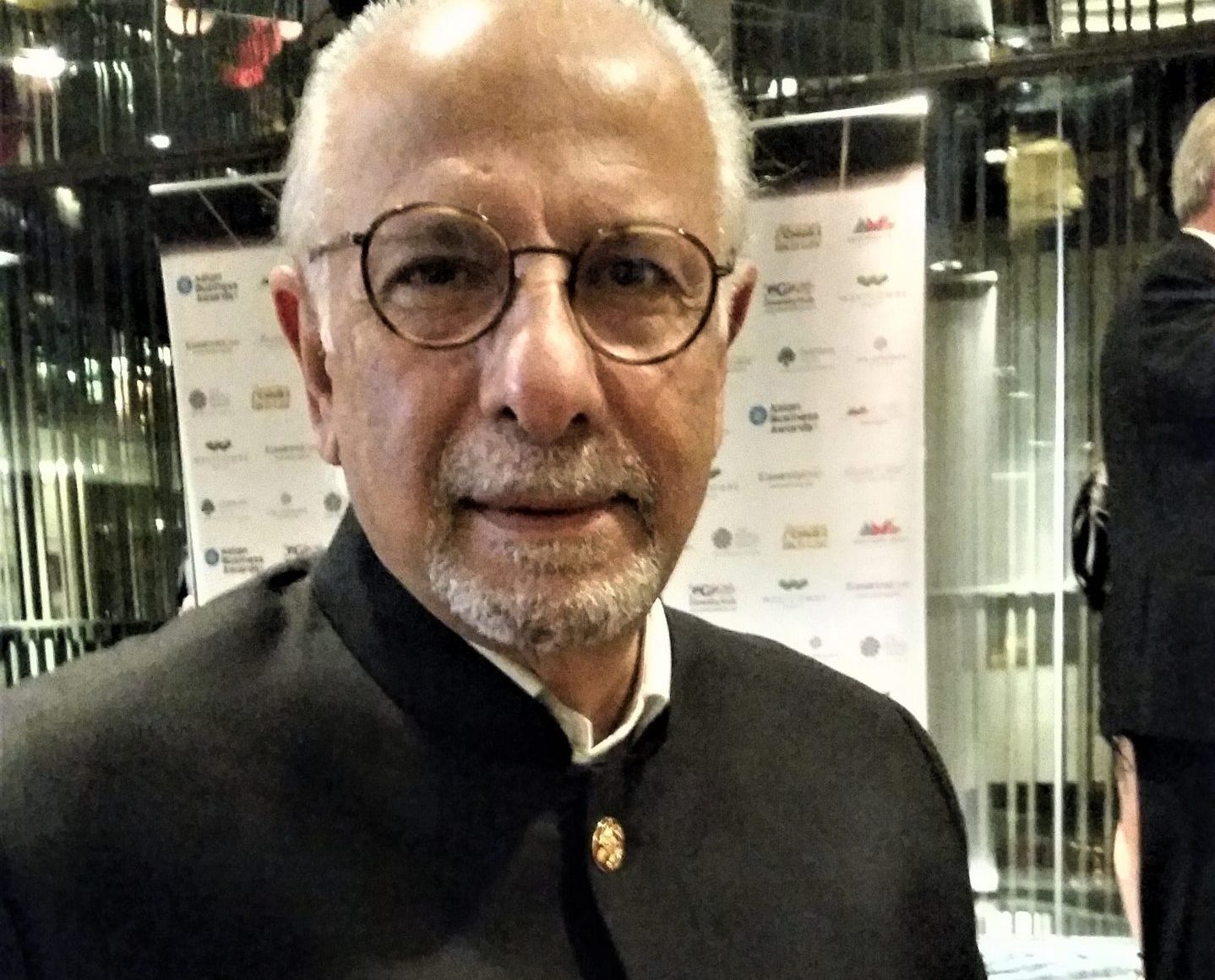 THE title of Dinesh Dhamija’s very entertaining memoir, which is due to be released formally by his publishers, Austin Macauley, on November 30, sums up how he worked his way to fame and fortune – Book It! How Dinesh Dhamija
sold travel agency ebookers for £247m.

As the author, he has been given a few advance copies, one of which he passed on to Eastern Eye when he attended the Asian Business Awards at The Londoner last Friday (19).

Dhamija is keeping two copies for his mother for when he visits her shortly in Delhi to celebrate her 94th birthday. To be sure, Dhamija is himself on the Asian Rich List – he is ranked 76th with his net wealth valued at £140 million, up £15m from 2020.

Readers are given a mini-biography of the author at the start of the book: “Entrepreneur, politician and philanthropist Dinesh Dhamija created and built the pioneering online travel agency ebookers during the 1990s internet boom.

“Selling the company for $471 million in 2004, he founded two major Indian charities and supported the Liberal Democrat Party’s anti-Brexit campaign, becoming an MEP in 2019.

“Today Dinesh Dhamija is developing a major solar energy project in Romania, along with several property investments. He lives on the Wentworth golf course in Surrey with his wife Tani, close to their two sons and one granddaughter.”

Dhamija, who is a great admirer of Indian entrepreneurship, says in the book: “If you look at a list of the world’s largest and wealthiest companies, an incredible number of them now have CEOs of Indian heritage. Google, Microsoft, Pepsi, Mastercard, Diageo, Nokia, Adobe… the list goes on. It’s a 21st century phenomenon, and it’s symptomatic of a global rise in the status of Indian technocrats.”

Dhamija used the pandemic to write his book. Ahead of its publication, he chatted to Eastern Eye at his club, 10 Trinity Square, located in the Four Seasons Hotel near Tower Hill tube station. “I am a member of about 10 clubs,” he revealed.

Hamija also belongs to the Arts Club, the RAC, Mosimann’s, and a couple of golf clubs, Wentworth and Queenwood. He had one meeting with the author and boss of Condé Nast, Nicholas Coleridge, at the Oxford and Cambridge Club
in Pall Mall – “which has surprisingly nice food”. He was inspired by Coleridge’s memoirs, The Glossy Years, and got the author to sign a copy Dhamija had brought along.

It seems Dhamija has been used to the good life from the moment he was born on March 28, 1950, in Australia, where his father, Jagan Nath Dhamija, was a senior diplomat in the Indian mission. His father, who had read law at Emmanuel College, Cambridge, was posted to many countries. Dinesh and his younger brother, Sumant, went with their father when he served as Indian high commissioner in Mauritius, and as ambassador in Afghanistan, Czechoslovakia, and Holland.

At Cambridge, “my father was a tennis blue,” said his son. In fact, his father got into Wimbledon in 1939, where he was knocked out in the first round, 6-3, 6-0, 6-4, by the American, Bobby Briggs. That year Briggs went on to win the men’s singles, the men’s doubles and the mixed doubles without dropping a set, a feat which has never been repeated.

He writes: “During the holidays at Mayo College, I’d travel to Kabul in Afghanistan where my father was the Indian ambassador.

He became close to the king at the time, Mohammed Zahir Shah. During one of my trips to Kabul, I actually met the Afghan king. He was a very tall man. He had been in power since 1933 and in the early 1960s, around the time of my visits, he introduced a new constitution, with free elections, a parliament, civil rights, women’s rights and voting for all.” But the king was deposed in 1973 after ruling for 40 years and went into exile in Italy.

“I always felt it was a sad story, with two of his cousins usurping power and then allowing the country to fall into ruin.”

His book has a vivid description of the country in pre-Taliban days: “I have such great memories of Afghanistan: going to see the 6th century Bamiyan Buddha statues; driving everywhere in a big car with an Indian flag on the bonnet; all the lavish entertainment at our house, with servants and cooks and chauffeurs. Once we saw a game of buzkashi played in Mazar-i-Sharif, where a goat carcass is pulled along by horsemen who try to throw it into a central spot. It’s a wild, chaotic sport with dozens of players all charging around in the dust.”

He finished with his schooling with a couple of years at the King’s School, Canterbury, as a preparation for Cambridge.

“During the holidays from King’s, I’d go to Prague where my father was the Indian ambassador and vividly remember the day in August 1968, when Soviet troops invaded the Czech capital to depose the government of Alexander Dubcek.”

He won a place at Fitzwilliam College, Cambridge, where he read Oriental Studies in Part 1, followed by Law in Part II. Sumant, meanwhile, read economics at Emmanuel.

As he started at Cambridge, his father told his elder boy to get his priorities right and not let studies get in the way of his tennis: “You must win Wimbledon.”

Dhamija did play tennis and golf at Cambridge, but didn’t get a Blue. In recent years, he has raised money for his old college. “I was on the fundraising board for Fitzwilliam when (former chancellor) Norman Lamont was the chairman. Vince Cable was at Fitzwilliam, too. We raised £20m.”

Having sold ebookers, “I went into the charity sector in the UK and in India.” In India, he started a charity called Chikitsa that gives 120,000 people free medicine through 15 clinics a year. Another Indian charity, Shikha, gives free education to 1,100 street children. In the UK, he was until recently a trustee of the Winston Churchill Memorial Trust (now renamed the Churchill Fellowship).

He summed up: “I am certainly not one who believes in making money for money’s sake.”

Book It! How Dinesh Dhamija sold travel agency ebookers for £247m is published by Austin Macauley. £9.99