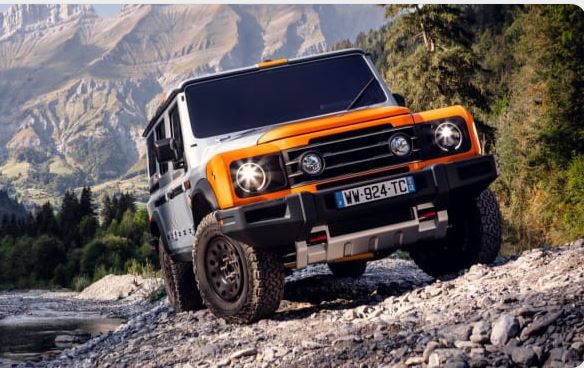 BILLIONAIRE Sir Jim Ratcliffe owned Ineos has urged Jaguar Land Rover to end legal battles around the world over trademarks because of similarities between the Grenadier and the Defender, reported The Telegraph.

Legal rows over trademarks are delaying the launch of a new 4×4, which Sir  Ratcliffe calls the “spiritual successor” to JLR’s original Defender.

According to the report, Ineos has spent about £1bn on the Grenadier project, with prototypes of the car that starts at £48,000 being built at a former Daimler factory in Hambach, France.

Last year JLR introduced a new version of the Defender but Ineos argues it is an upmarket luxury SUV. The latter describes Grenadier as a “rugged, no-nonsense off-roader”.

“We are filling a position in the market that was abdicated by JLR. They talk about a ‘journey from the jungle to the urban jungle’ with their cars. We are not that; we are the counterpoint with rugged simplicity,” Mark Tennant of Ineos Automotive, told The Telegraph.

“We would like JLR to have confidence in the direction they set for their brand and recognise that we are different.”

Last year, the High Court backed an earlier ruling in favour of Ineos opposing JLR’s trademark claims. However, the company faces a series of similar legal tussles in key markets around Europe and the US.

Reports said that court fights may delay the planned summer 2022 launch of the Grenadier in Europe, and sales in the US soon after.

Ineos has revealed that 75,000 people have registered an interest in buying a Grenadier.

According to Tennant, Ineos has already signed up several automotive dealer groups and plans for 200 outlets worldwide by next summer.

“Dealers will support the car with servicing and parts, helped by Germany’s Robert Bosch, with Ineos able to access its global network of vehicle service centres,” he said.

JLR said that protecting its intellectual property is something the company take very seriously.

“Land Rover Defender’s “unique shape is instantly recognisable and signifies the Land Rover brand around the world, with the classic shape being trademarked in many key markets,” it said.