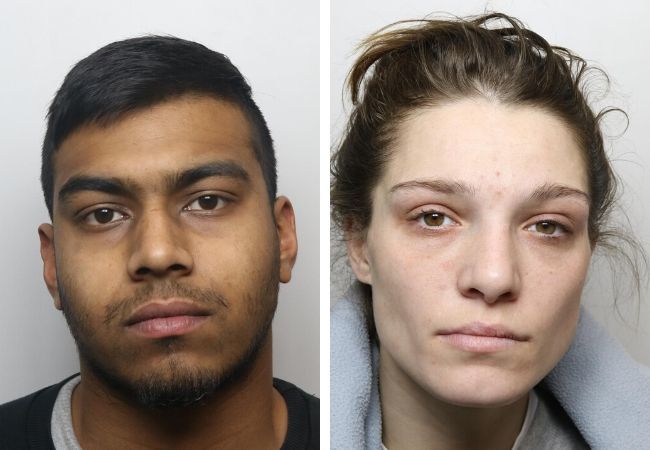 Yazmin Ali, 31, and Mohammed Hussain, 22, had spotted the victim while drinking at a pub in Bradford city centre. They lured her to Ali’s flat with offers of vodka and cocaine.

As the victim refused, Hussain struck her head on the bedroom wall. He ripped off her clothes as Ali held a kitchen knife to her throat, said prosecutor Ian Howard.

Hussain then threw the victim on the on the bed, and raped her. During the ensuing struggle, Ali bit the victim’s arm, the court was told.

A cleaning supervisor alerted the police after he found the sobbing, half-naked victim, who had managed to flee the scene.

The victim stated that she was now “a bag of nerves”, and was scared to step out of her home.

The court sentenced Ali for 13 years and Hussain for 12 years, following their conviction in January.

The judge found Ali guilty of assault causing actual bodily harm by biting the woman as well as racially aggravated harassment of a police officer.

Ali had turned obstructive and racially abused when officers arrived at the crime scene.

She had reportedly been convicted earlier for charges of causing grievous bodily harm, false imprisonment, robbery, battery and criminal damage.

Hussain, too, had a previously found guilty in a kidnap case, and was on licence at the time of crime.