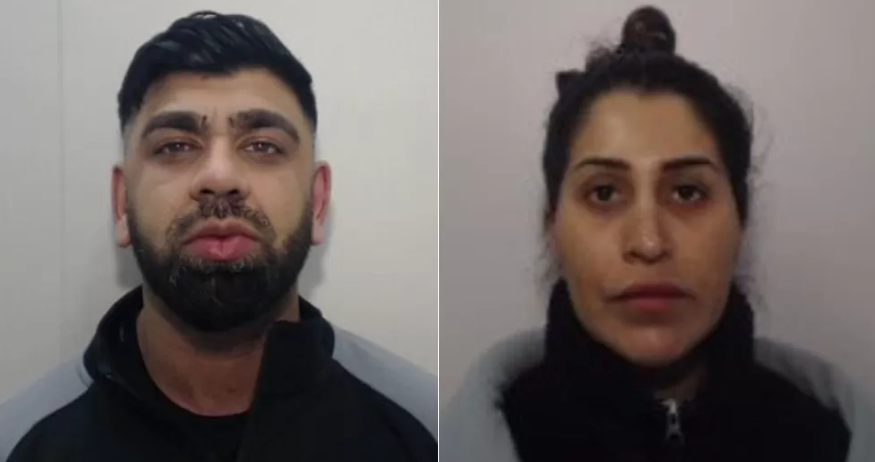 A Greater Manchester couple who ran a Class A drug line in Rochdale and lived a “luxurious lifestyle” with the proceeds have been jailed.

Rashid Hussain of Rochdale and his partner Szenm Asghar of Bury were both found guilty of possessing criminal property and supply of drugs including heroin and crack cocaine.

It heard how the couple spent their ill-gotten money on designer clothes, cars, Rolex watches and pets, with the cats they purchased costing £3,000.

Investigators found more than £20,000 in cash hidden underneath beds. Some banknotes were brazenly on display in the front room.

Hussain was arrested after the raid but Asghar, who is believed to have worked at the DWP previously, continued to run the drugs line and kept her lucrative revenue stream.

A raid on Asghar’s home in Brierley Street in March this year led to the discovery of more than £15,000 in cash, 86 grams of heroin and crack cocaine. Officers also found 1 kg of the painkiller ‘Phenacetin’ used to mix into drugs to increase volume.

A black Nokia phone found at the address was used as a drug dealing hotline with the tagline ‘Sniper Line Active – Best Gear in Town’.

Accounting notes found at her home revealed she had received £12,705 cash in seven days and a further £7,755 the following week.

Rochdale’s Challenger Unit’s detective Sergeant Gabe Gibson said Hussain and Asghar who used the handle “Sniper” to peddle their drugs across Rochdale shot themselves in the foot by leaving a wealth of evidence at their homes.