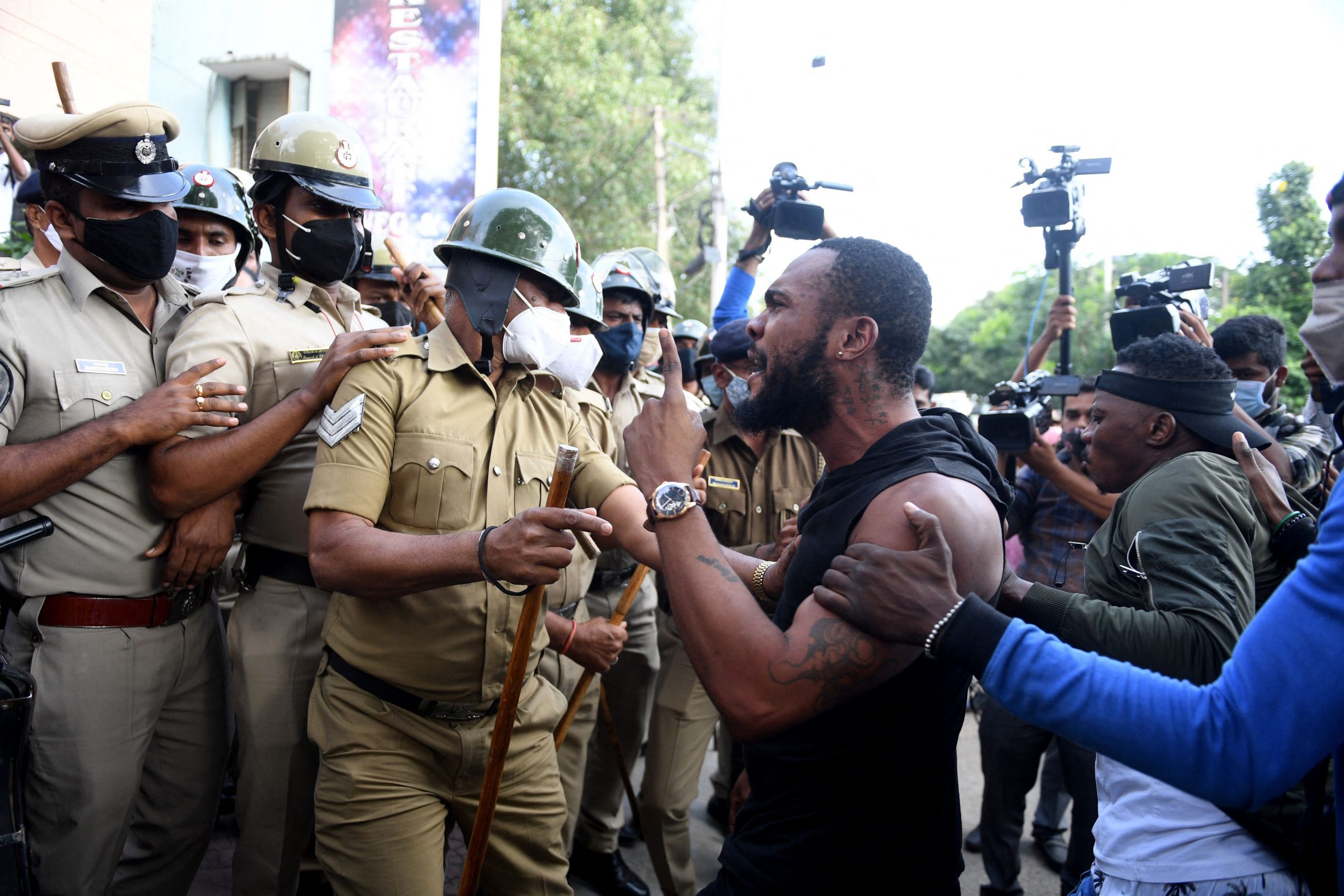 Demonstrators shout slogans protesting the alleged death of an African national in police custody in front of the JC Nagar Police Station in Bangalore on August 2, 2021. (Photo by – / AFP)

AT LEAST six nationals of African countries were injured on Monday (2) during scuffle with police in Bangalore over the alleged custodial death of Congolese student, an official said.

Joel Malu, 27, was detained by police on Sunday (1) over charges of possessing a small cache of banned psychotropic ecstasy pills, but died in custody early on Monday after suffering cardiac arrest, an officer said.

“He was diagnosed with bradycardia and was administered with several rounds of CPR and other life-saving interventions but died due to a suspected cardiac arrest,” the officer said.

Following his death, several nationals of African countries staged a demonstration outside the police station and scuffled with policemen, which led to the assault of an officer.

The demonstrators refuted the police claim that Malu had died of cardiac arrest and accused them of falsely detaining him, before police used batons to push back the protesters and arrested a dozen demonstrators.

Police said they have opened an inquest into the death amid claims that the deceased student was illegally living in India after his passport and visa expired in 2017.

Many claim that they are routinely detained over fabricated charges of drug peddling and face daily discrimination.