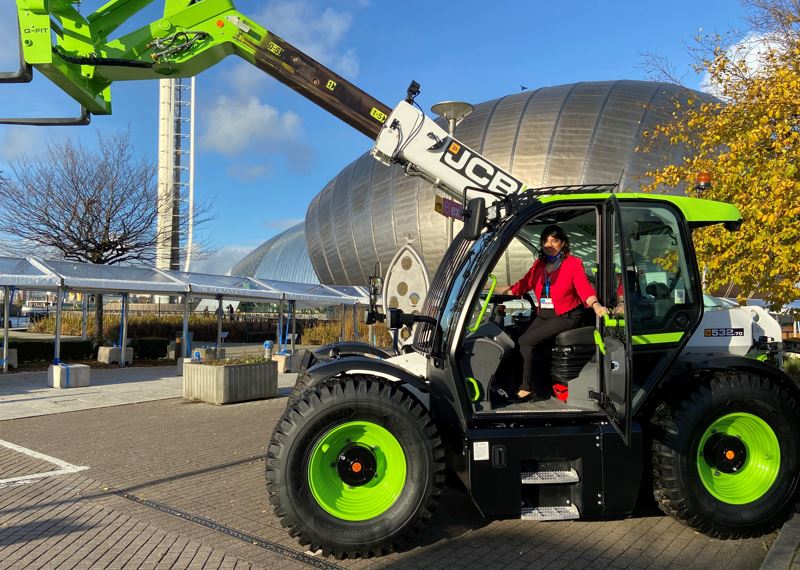 I ATTENDED COP26 as the shadow business minister to meet businesses and representatives of other nations to discuss where we are making progress and what more needs to change.

COP26 has been an important and historic event in Glasgow to “keep 1.5 alive” – the Paris Agreement ambition of limiting global warming to 1.5ºC degrees above pre-industrial levels by 2030. To achieve this, the world must collectively half the current level of emissions.

The summit has laid bare the underlying tensions about which countries should do most, and how quickly, as well as who should pay for transition and whether nations impacted by climate change should receive compensation.

With last-minute disagreements – particularly around the “phasing down” not “phasing out” of coal power – the conference ended in some disappointment for COP26 president Alok Sharma.

Some commentators now say that 1.5ºC is dead, which will have devastating consequences for lowlying countries and regions like the Marshall Islands and Bangladesh. Others say 1.5ºC is alive, but barely. That’s why shadow COP president Ed Miliband said after Glasgow that the world needs to face a difficult truth –1.5ºC is in intensive care and we’ve got 12 months to show we can save it.

It’s welcome that an agreement was reached at COP26. But we’ve seen too many promises for tomorrow, not the action that’s needed today.

Boris Johnson bears some responsibility for that – a prime minister more notable by his absence than his presence at an event that was about global Britain. It’s why we must use the final year of the UK’s presidency to rescue what COP26 hasn’t achieved.

But some important steps emerged that must be built on now, not later – China and the US striking a deal to work together, and India’s very significant pledge to half emissions by 2070.

This includes energy sources we are going to invest in, how much we can mitigate using carbon capture and storage, and how the planet’s depleting natural resources and biodiversity must be restored. And how businesses are supported to transition to the green economy we need.

I’m proud that many businesses are increasingly serious about change – a point made by Confederation of British Industry (CBI) president Lord Karan Bilimoria last week. But particularly for small businesses, a clearer roadmap is needed.

Small businesses have spoken of feeling “neglected” with all the talk from governments seeming to be “pitched at larger businesses”. One woman business owner I spoke to – who was also keen for women-led businesses to be on the radar – said, “Businesses want to play their part. The question is, what is it that you need to do?”

It’s why last week Labour launched a series of net zero small business roundtables, the first of which I hosted with Scottish Labour leader Anas Sarwar in Glasgow. Barriers that small businesses are facing are around cost, time and clarity. They don’t have large sustainability teams and are often very timechallenged dealing with day-to-day issues.

The cost of getting it wrong can be a high price to pay. That’s why we need the government to work with small business owners to help prioritise what steps should be taken.

The findings from the Federation of Small Businesses (FSB’s) recent report, Accelerating Progress, show how we must empower small businesses on the journey to net zero.

The report found that while 56 per cent of small businesses believe the planet is facing a crisis, only 36 per cent have a plan to combat climate change.

Many firms do not have the capital or knowledge necessary to make investments in their sustainability. The FSB warns that things are further hampered by “mixed and poorly-targeted messaging in an already confusing landscape”.

I’m worried that small businesses are being asked to transition without clear advice or guidance about the steps they should take, and being asked to do so while dealing with high levels of debt, the cost of living crisis and ongoing staff shortages.

This cannot go on – if we are to succeed, we need long-term planning that boosts business confidence.

Labour’s Climate Investment Pledge to 2030 is a big step in that direction – investing an additional £28 billion a year to 2030, mobilising businesses and financial institutions behind climate action.

I took the time at COP26 to see some examples of UK innovation, such as Oceanway’s world first zero-emission submarine fleet that cleans up our ocean while transporting cargo, and JCB’s prototype electric Backhoe Loader.

I also visited Scotland’s famous Tennents Wellpark Brewery where commitment to 100 per cent renewable energy, waste-water processing and their own carbon capture and storage facility is driving forward decarbonisation at their facility and in the supply chain.

Great innovation is going to need a long-term government plan for business and industry to accelerate change across our economy.

But one thing also different at COP26 was the rise of consumer pressure and young people’s voices.

Inspired by Greta Thunberg, school children across the world have become a conscience and a driving force for change. The vital role of young people was the reason I wrote to schools in my constituency to ask their views on what they wanted to see change.

I was overwhelmed by the response from children of all ages and backgrounds, and their clarity of purpose about our planet and what they wanted to tell leaders at COP 26.

Their range of suggestions, from the very local to the global, were ones I also discussed with Asa Regner, assistant secretary-general of the United Nations, international sustainability expert Aron Cramer and also raised with Lord Deben, chair of the Climate Change Committee.

COP26 has shown that there is huge ambition for change from citizens and businesses who want to do the right thing. Now governments must step up to meet the scale of that ambition. The costs of climate change will be greater if the government do not invest now for our people and our planet.