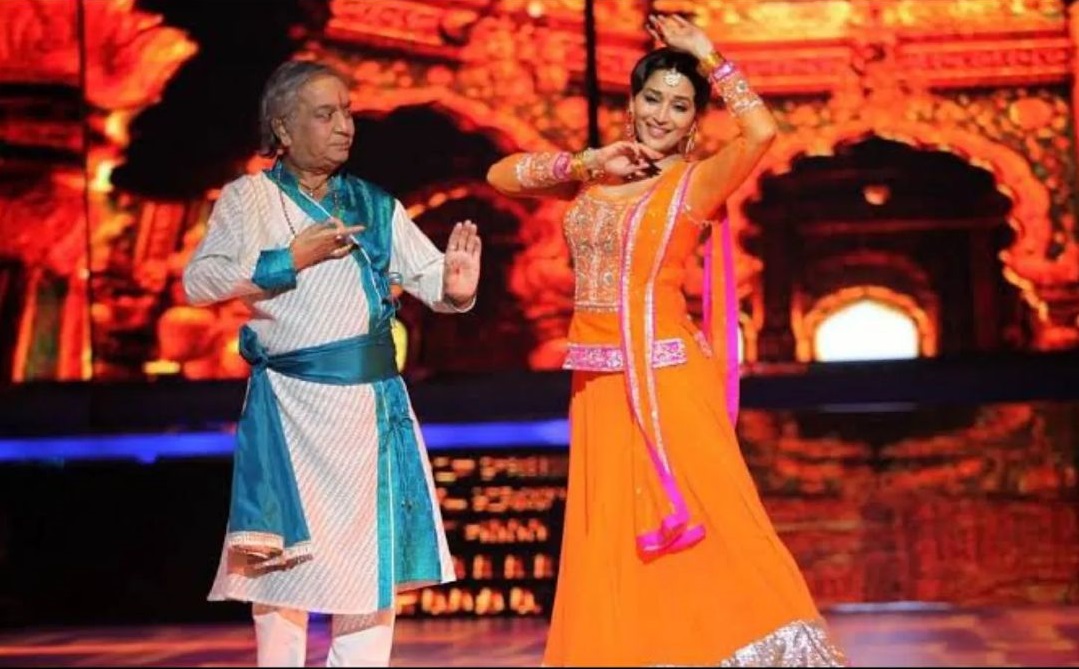 Actors-political personalities Kamal Haasan and Hema Malini, as well as Hindi film stars Kareena Kapoor Khan and Madhuri Dixit-Nene on Monday mourned the loss of legendary Kathak exponent Birju Maharaj, calling his passing away the “end of an era” for Indian classical dance.

Maharajji, as he was popularly known, died at his home in New Delhi in the early hours of Monday. He would have been 84 next month.

According to his granddaughter, Ragini Maharaj, the Kathak maestro died surrounded by his family and disciples. They were playing ‘antakshari’ after dinner when he suddenly fell ill.  The Kathak exponent had been suffering from a kidney ailment and was under dialysis treatment. He probably died of a cardiac arrest, his granddaughter said.

Dixit-Nene, who trained under Birju Maharaj and most memorably performed Devdas (2002) song ‘Kaahe chhede mohe’ under his guidance, shared a picture of the duo on Instagram and wrote, “There never was anyone like you guruji and there will never be”.

The actor described him as a legend with a “child-like innocence”. “He was my guru but also my friend. He taught me the intricacies of dance and ‘Abhinay’ but never failed to make me laugh at his funny anecdotes. He has left behind grieving fans and students but also left a legacy we will all carry forward. Thank you Maharajji for everything you taught me in dance along with humility, elegance, and grace,” she wrote.

Birju Maharaj, one of India’s most loved and well-known artistes, was instrumental in taking the traditional Indian dance form to the world. Haasan, who trained under him for the song ‘Unnai Kanadhu’ from his 2013 spy thriller Vishwaroopam, remembered him as an “unparalleled dancer”.

The Kathak legend was honoured with the National Film Award for best choreography for the song. In her post on Instagram, actor Shilpa Shetty Kundra paid tributes to the maestro’s “illustrious legacy”.  “Padma Vibhushan Pandit Birju Maharajji’s passing is a tremendous loss to the world of performing arts. May Panditji‘s family & followers find peace and strength to cope with this huge loss,” she wrote.

Kapoor Khan shared the news of Birju Maharaj’s passing away, writing, “Rest in Peace”. Actor Anushka Sharma also shared a photograph of the legend on her Instagram Story, with the folded hands and heartbreak emoticon.

Alia Bhatt took to Instagram and recalled how she had trained under Birju Maharaj for the song ‘Ghar More Pardesiya’ from the 2019 drama Kalank and called it one of her most creatively satisfying experiences.

“Had the honour and privilege of spending three full days with Pandit Birju Maharaj in 2018 while I was prepping for Ghar More Pardesiya. I will never forget all that he has taught me. It was possibly one of the most creative and fulfilling experiences that I have ever had.  A legend who has inspired several and will always continue to do so through his art. Truly breaks my heart to write this post today. May his soul rest in peace,” Bhatt wrote.

Actor Swara Bhasker tweeted that with the death of Birju Maharaj, the sun has set on the world of classical arts. “Will always cherish the blessing of having seen Maharajji live on stage, heard his lec dems, seen that magic up close. Sat-sat naman to this legend. Deepest condolences to BirjuMaharajji‘s family, fraternity & students. A Sun has set in the world of classical arts,” she wrote.

Among the newer actors, Janhvi Kapoor and Ananya Panday remembered Birju Maharaj. While Janhvi Kapoor shared a picture with Birju Maharaj writing “a legend”, Panday uploaded his picture on her Instagram story with a heart emoticon.

Sharma told PTI that he was eager to collaborate with the veteran again on Gadar 2 but it will now “remain just a dream”.  “He had exceptional artistry and a vision to pull it off. When I went to meet him for the first time in Delhi, he was so excited. He heard the entire story of the film and when he liked it, he then heard the song. He would rarely work in films but he was thrilled to choreograph for us.”

Mishra said the veteran was deservedly called “great” as his mastery was unparalleled.  “The word great is very loosely thrown around. He truly was a great artiste. In his art form, he was as good as anyone in the world. Kathak has lost its finest exponent. Om Shanti,” the filmmaker tweeted.   Mehta took to Twitter and hailed Pandit Birju Maharaj as “one of Kathak’s greatest ambassadors”.        Singer Anup Jalota said Birju Maharaj has left a void that no other artiste can ever fill. “This is a huge loss to the nation. With him passing away, the league of stars has ended. He took away a lot with him. No one can fill the void he has left behind. He came here like an angel from heaven, made us all feel like heaven on earth with his art, and went back to where he belonged,” he said.