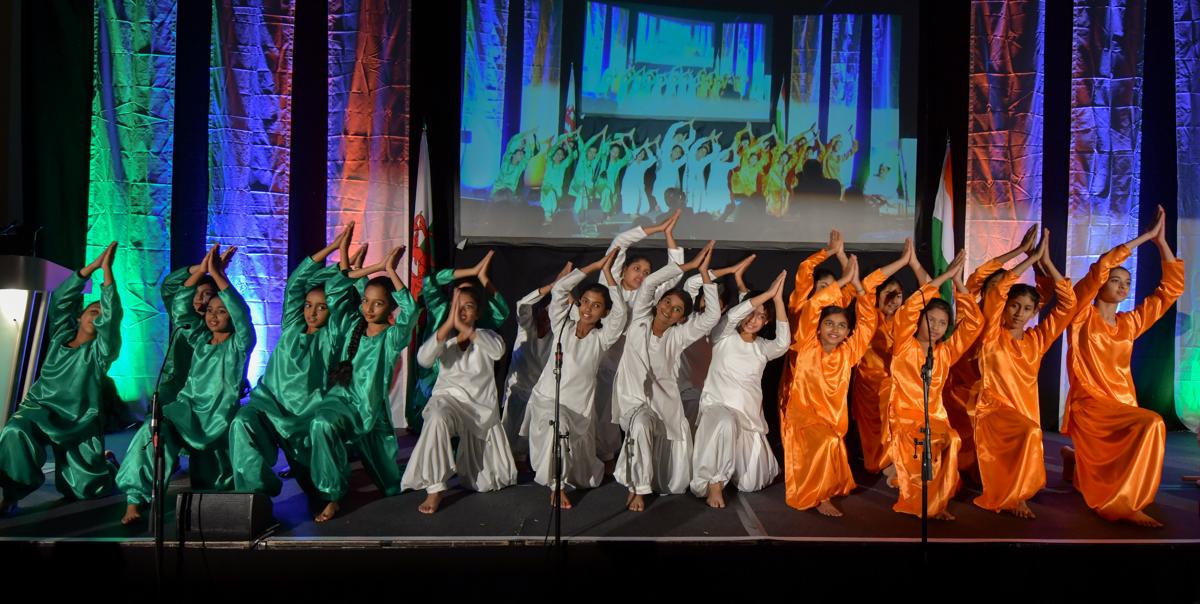 Dancers on stage during the event marking the 150th birth anniversary of Mahatma Gandhi at Cardiff City Hall in Cardiff, Wales, October 2, 2019.

The commemorative event, sponsored by Indian government, saw performances of traditional Indian music and dance, as well as speeches on Gandhi’s life and legacy.

“This is a major celebration for a man that the whole world recognises as a great leader and wise soul,” commented Raj Aggarwal, the Honorary Consul for India in Wales, who organised the event.

“In these days when sustainability and the environment are at the forefront of our minds it’s important to point out that Gandhi lived by the principles of a cleaner less wasteful life way before it was a mainstream issue,” he added.

Over 400 people attended the sell out event.

Students of the Cardiff Cathedral School choir gave a recital at the event.

Shaunaka Risha Das, director of the Oxford Centre for Hindu Studies, delivered a memorial lecture, which was followed by a response from James Hegarty, Professor of Sanskrit and Indian Religions at Cardiff University.