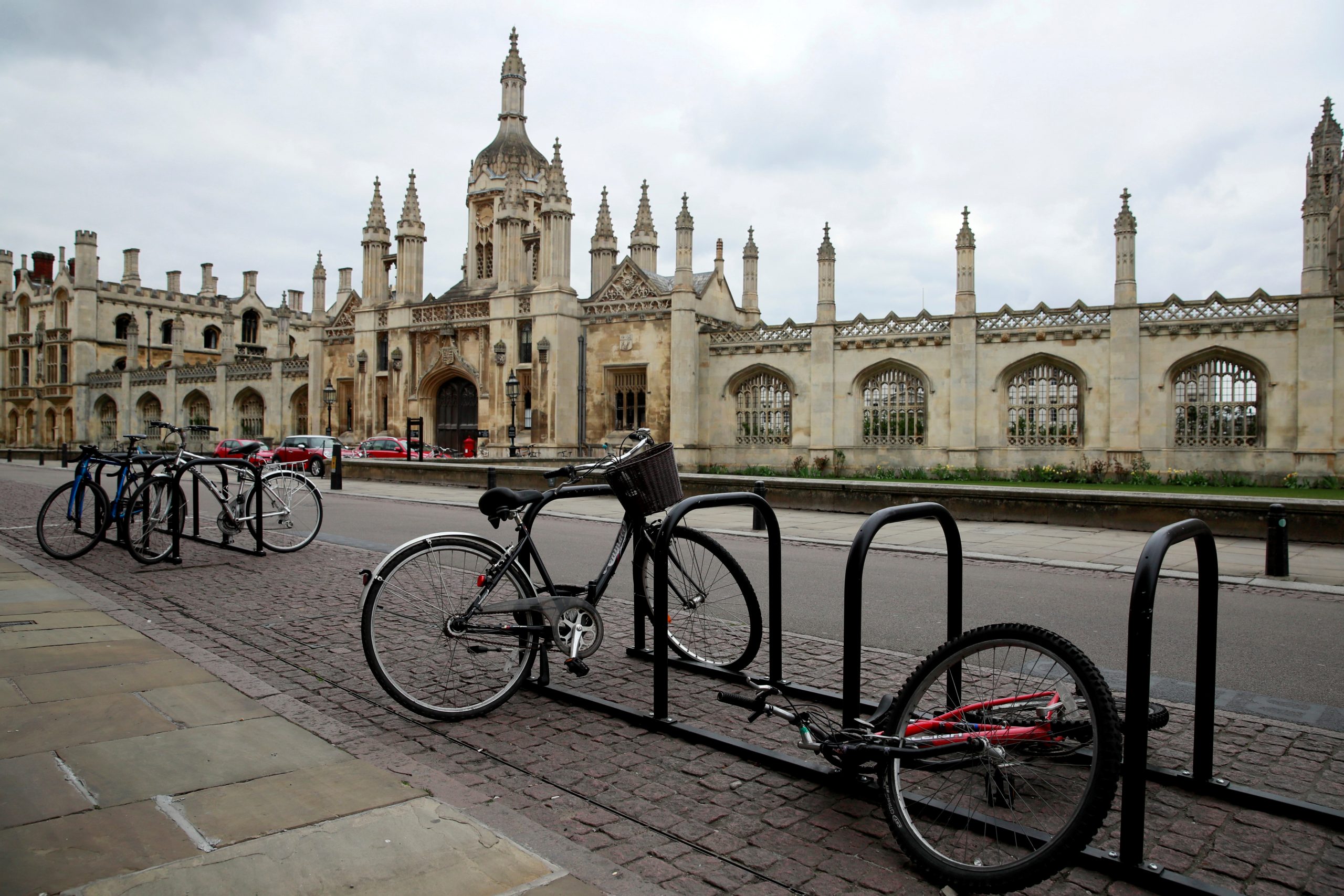 FILE PHOTO: Bikes are seen outside Cambridge University, as the spread of the coronavirus continues, Cambridge, Britain, April 1, 2020. (REUTERS/Andrew Couldridge)

CAMBRIDGE UNIVERSITY has become one of the first in the world to announce that all its lectures would be delivered online over the next academic year because of the coronavirus outbreak.

The university, which shut its campuses to students in March after the British government introduced a strict lockdown to curb the spread of COVID-19, said on Wednesday (20) that teaching would be delivered virtually until summer 2021, although it was possible some smaller teaching groups might be able to occur in person.

“Given that it is likely that social distancing will continue to be required, the university has decided there will be no face-to-face lectures during the next academic year,” the university said in a statement.

It said the decision could be reviewed depending on official guidance on dealing with the virus.

Smaller teaching groups could also take place in person, the university added, but only as long as they conform to social-distancing requirements.

“We must all be realistic … about the world-wide challenges posed by the pandemic,” said the university’s Vice-Chancellor Stephen Toope.

“University life here, as everywhere, will need to adapt.”

The university moved all teaching online in March. Exams will also be carried out virtually.

A spokeswoman for Universities UK said the Cambridge announcement appeared to be the first in the UK to apply to the whole year.

California State University had decided last week to make fall term classes virtual, one of the first in the US to do so, amid fears of a second wave of infections.

Authorities had said earlier this month that institutions could still charge the full tuition fee of £9,250 pounds as long as they maintained high standards of online teaching.

Nicola Dandridge, chief executive of the university watchdog the Office for Students, told lawmakers on Monday that students needed to know what education they would be offered before they accepted places.

“What we don’t want to see are promises that it’s all going to be back to usual – an on-campus experience – when it turns out that’s not the case,” she said.