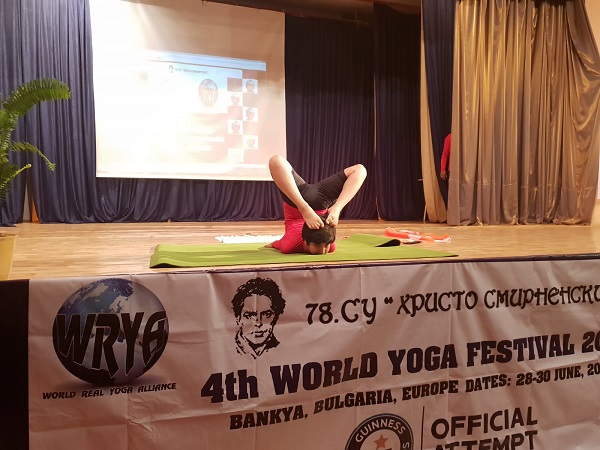 Ishwar Sharma, 9, is a yoga prodigy and an international performer and speaker on yoga and its benefits.

He was also the recipient of the ‘British Indian of the Year Award’ in 2018.

Sharma was also honoured with the ‘British Citizen Youth Award’ by the British government in the House of Lords last year in recognition of his contribution to yoga.

The growing British talent has also initiated an e-petition, to ‘include yoga in school curriculum’ which has crossed 15,000 signatures.

The Indian origin talent has won under 11 UK championships for three consecutive years. He also won world yoga championships in Nepal in 2017 and in Canada last year.  Sharma was also the winner of Euro Asian championship held in Turkey last year.

He along with his father Dr Nanjundiah Vishwanath, who is a physician and his younger sister Indira has performed in hundreds of national and international events held in various parts of the world including Nepal, Italy, Turkey, Canada, Czech Republic, and others.