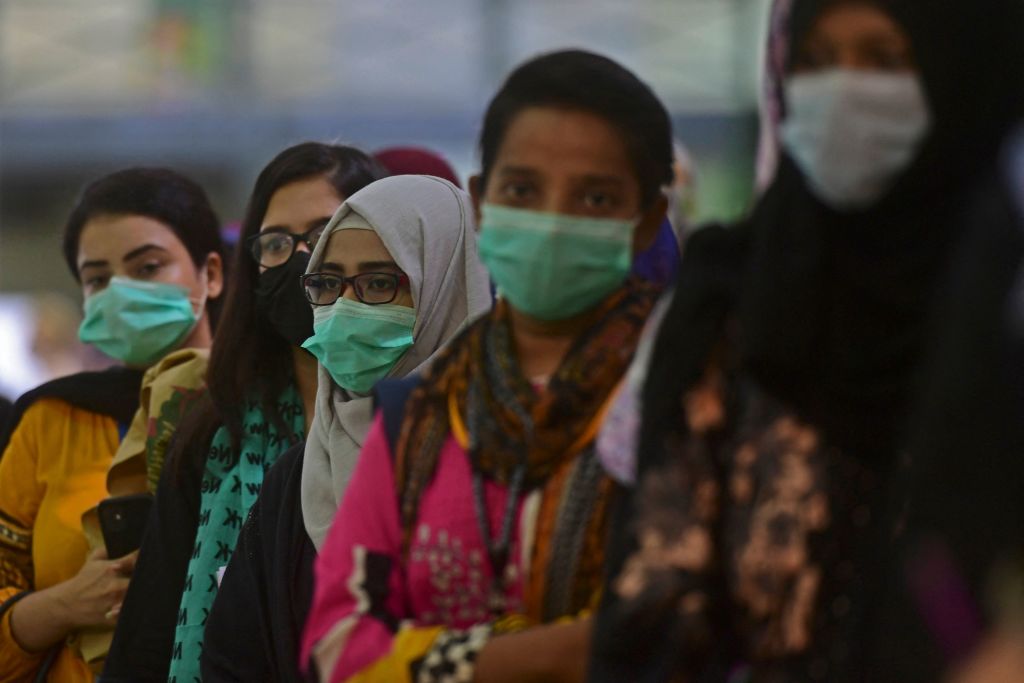 A file photo of women waiting for their turn to receive a dose of the Covid-19 Sinovac vaccine in Karachi on June 3, 2021 (Photo by ASIF HASSAN/AFP via Getty Images)

DIASPORA-led international development organisation British Asian Trust is investing £2 million match funding it received from the UK government to help Pakistan’s women whose livelihoods have been impacted by Covid-19.

It received the state financial support for its Women’s Economic Empowerment programme which aims at equipping women with the skills to find jobs or start their own business in a post-Covid world. The initiative is named ‘I Can, She Can’.

So far, the trust has helped more than 9,800 women increase their income, placed more than 3,400 women in paid internships and employment opportunities, and supported over 7,000 women in starting their own enterprises, the organisation said in a press release.

Kamyla Marvi, Pakistan director of the charity, said the programme with financial support from the UK government’s Foreign, Commonwealth & Development Office (FCDO), helped more than 10,000 women from 2017 to 2020 to obtain secure jobs or establish their own businesses.

The trust was founded in 2007 by Prince Charles and British Asian business leaders to tackle widespread poverty, inequality and injustice in Pakistan, India, Bangladesh and Sri Lanka.

Its chief executive Richard Hawkes said it raised £4.69m, including the match funding from the UK government for its efforts to help marginalised people and communities, especially those devastated by the pandemic.

“This is a great example of the government, the public and a charity working together on something incredibly successful that will change the lives of hundreds of thousands of women,” he said.

The other initiatives by the British Asian Trust to drive post-Covid recovery efforts include the “Palaces on Wheels” charity cycle ride, which saw the Prince of Wales ride a bicycle at Highgrove to see off Pakistani-origin and British Asian cyclists on a gruelling 400 km challenge.