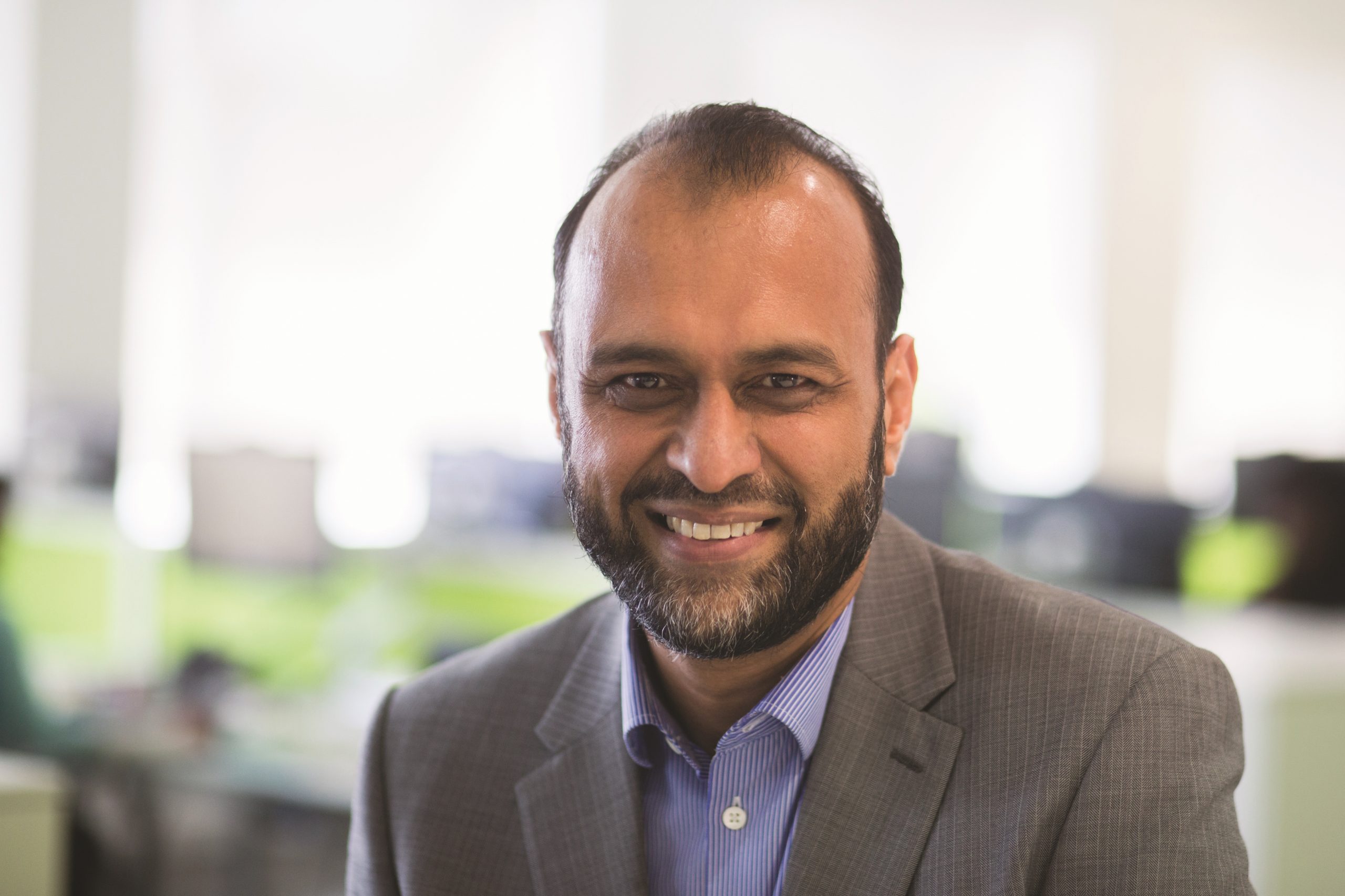 Patel, chief executive officer of Star Academics in Blackburn, a multi-academy trust which operates 30 free schools and academies, is honoured with a knighthood for his services to education. Having led the charity trust since its inception, Patel is known for his educational work within disadvantaged communities across the country.

Khan, the chief executive officer of children’s charity Barnardo’s, becomes an Officer of the Order of the British Empire (OBE). He was recognised for his services to young people and education.

In an interview with Eastern Eye on Friday, Khan said he felt “delighted and incredibly humbled” to receive the recognition.

Reflecting on his years growing up in Birmingham with Kashmiri immigrant parents who could not read or write, he said, “I never dreamt this would be possible for someone like me.”

“At Barnardo’s we passionately believe that incredible things can happen when you believe in children, whatever their background.”

Khan, who has led the charity since 2014, added, “My family didn’t have much when I was growing up, but they gave me the love, care and hope that set me on the path to where I am today.”

He added: “This honour is a testament to the work of this incredible charity, and to every colleague, volunteer and supporter who goes above and beyond, every single day to make sure children and families can achieve the positive future they deserve.”

Writer and actress Lolita Chakrabarti has been honoured with an OBE for her services to drama. Chakrabarti has worked extensively on stage and screen, including her critically acclaimed theatre adaptation of Life of Pi and Red Velvet. The latter transferred to Broadway after a successful run in London in 2012.

“I am so surprised and honoured to receive this OBE,” the Hull-born creative told Eastern Eye. “This last year has been so difficult for everyone, with the arts being particularly affected, so I feel incredibly lucky to be recognised for a job I love doing and very grateful to be receiving this amazing honour.”

Sports administrator Rimla Akhtar has also been recognised with an OBE.  She is the founder of social business RimJhim Consulting and is recognised for services to equality and diversity in sport.

Akhtar is known for promoting inclusivity in sport and was the first person who publicly identified themselves as an Asian, Muslim woman on the Football Association Council.

Describing the OBE as a “pleasant surprise”, Akhtar thanked her mother and brothers for “helping her on her journey”.

“It has been so difficult for so many of us across the world this past year in particular, as inequalities and injustices were exacerbated by the pandemic and divisions grew,” she told Eastern Eye. “But I am also hopeful due to some of the positive changes we have seen, and I aim to continue to contribute by looking in the mirror and first making the changes within me.”

Professor Jagjit Singh Chadha, the director of the National Institute of Economic and Social Research (NIESR), becomes an OBE for services to economics and economic policy.

An expert on financial markets and monetary policy, Prof Chadha previously taught economics at the University of Kent and Cambridge.

Speaking to Eastern Eye, the academic said he was pleased to help contribute to the understanding of the economy.

“While the pandemic did not cause all our economic woes, it has exposed many of our previous failings,” he said. “If we can continue to improve the influence of economic science on policy, I will be proud of my work and that of my colleagues in the economics community.”

Other prominent British Asians on the list include period poverty activist Amika George, who has been named as a Member of the Order of the British Empire (MBE) for her services to education. The 21-year-old founder of the #FreePeriods campaign is the youngest person on the list.

George said the award was a “huge honour” and she was “shocked” to hear she’d been nominated for an MBE. She said she accepted the award on behalf of everyone who supported the Free Periods campaign to end period poverty in schools.

“This is not a personal achievement, it’s a representation of my generation’s determination and energy for transformative change, and an acknowledgement that young British Asians hold as much power as their white friends, that we are just as ‘British’ as anyone else,” she told Eastern Eye.

However, George noted the decision to accept the award was not a straightforward one due to the award’s association to Britain’s colonial past.

“To me, accepting this MBE is one way of drawing attention to the horrors of that imperial history, and its ongoing presence for people of colour in Britain, and how we must acknowledge its reality through honest and unfiltered education,” she explained. “I accept this award for my family, who have silently endured racism over the decades, who served their communities with no expectation of recognition, and who taught me that we must always speak up for change.”

Elsewhere, Raj Pankhania, chairman of property investment company Jaspar Group, won a BEM (British Empire Medal) for services to older people and to the community in Stanmore, North London. He is also founder of the Jaspar Foundation; the non-profit arm of the business set up in 2009.

Idris Patel, chief executive officer of charity Supporting Humanity was also recognised with a BEM for services to the community in Ilford, London, during Covid-19.

A total of 1,129 names appear on the honours list, 15 per cent of whom are from a BAME (black, Asian and minority ethnic) background. It is the most ethnically diverse list to date.

A damehood has been awarded to Kate Bingham, lately chair, vaccine taskforce, for services to the procurement, manufacture and distribution of Covid-19 vaccines. A damehood also goes to Professor Sarah Gilbert, saïd professor of vaccinology at the Jenner Institute for her pivotal role in developing the vaccine.

Former business secretary Andrea Leadsom has also been awarded a damehood while singer-songwriter Lulu and sport commentator Sue Barker have been handed a CBE.

Almost 23 per cent of recipients are recommended for Covid-19 service, including recipients who have given charitable and voluntary support to communities and service in health and social care.

To nominate someone for an award, see www.gov.uk/honours

To see the full list of Asian recipients, see below:

Officers of the Order of the British Empire

Members of the Order of the British Empire

Nahim AHMED For services to Young People from Disadvantaged Backgrounds in the London Borough of Tower Hamlets (London, Greater London)

Gurveer DHAMI Senior Private Secretary to the Secretary Of State For Education. For services to Education (London, Greater London)

Dr Abdul HAFEEZ Founder and Chief Executive, Association of Pakistani Physicians and Surgeons of the United Kingdom. For services to the NHS particularly during Covid-19 (Warburton, Greater Manchester)

Zillur HUSSAIN Owner, Tavan Restaurant. For services to the community in Peterborough during the Covid-19 Pandemic (Peterborough, Cambridgeshire)

Rowhi Mahmood NEMER Owner, CamCab. For services to Frontline NHS Workers and the community during the Covid-19 Pandemic (Cambridge, Cambridgeshire)

Medallists of the Order of the British Empire

Atif ALI For services to the community in Birmingham during Covid-19 (Birmingham, West Midlands)

Harpreet BAINS For services to the community in the London Borough of Ealing during the Covid-19 Pandemic (London, Greater London)

Wazid HASSAN For services to the community in the London Borough of Redbridge during Covid-19 (London, Greater London)

Rajendra Parshotam Popat PANKHANIA For services to Older People and to the community in Stanmore, North London (Northwood, Hertfordshire)

Daksha VARSANI For services to the community in London during Covid-19 (London, Greater London)