The rail strike was expected to cause “significant disruption” all day Saturday and on Sunday morning, according to Network Rail. 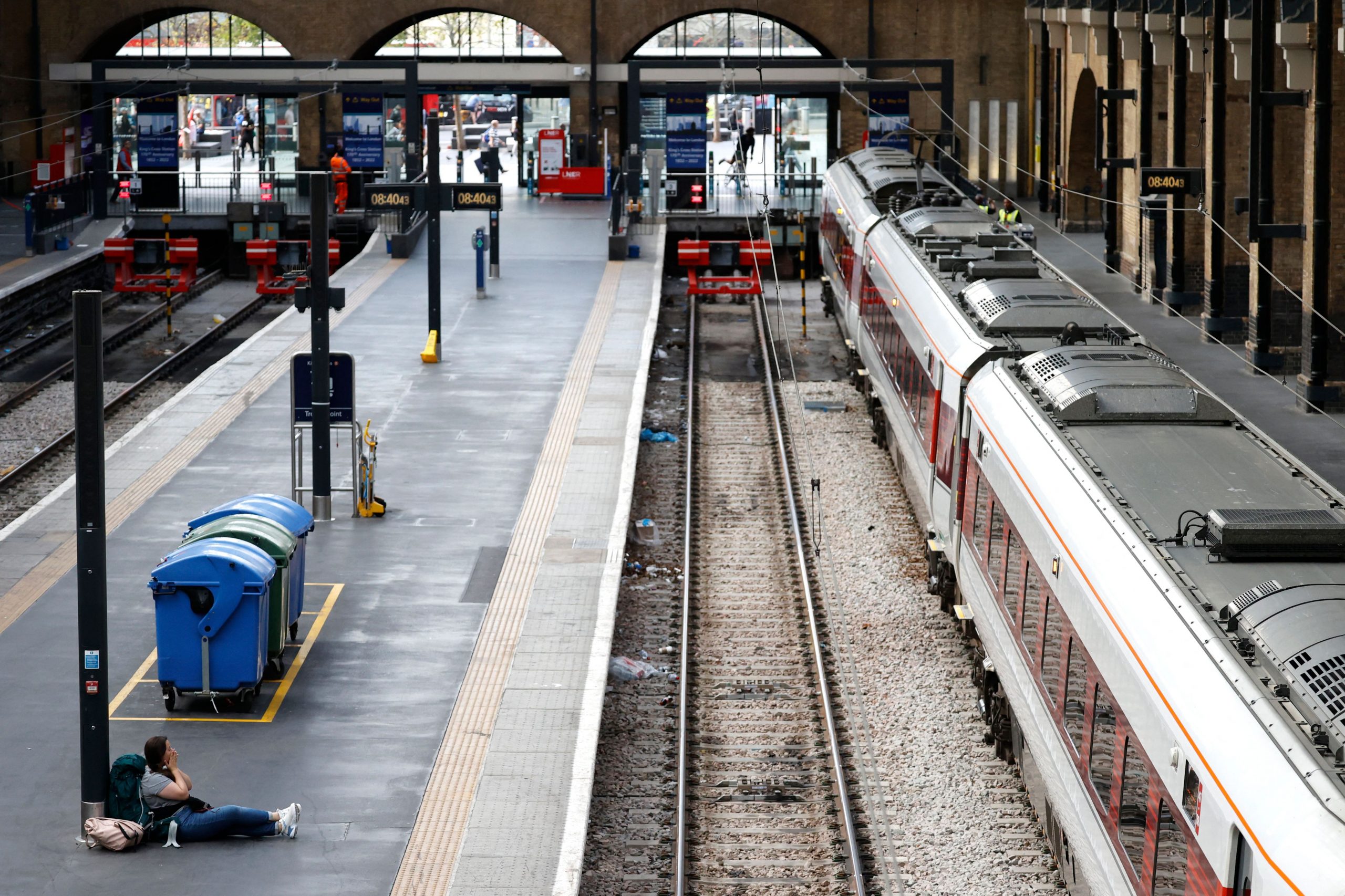 Around 5,000 train drivers across almost a quarter of Britain’s rail network went on strike on Saturday, as part of a campaign for higher pay after the country’s inflation rate hit its highest in 40 years.

The 24-hour strike organised by train drivers’ union ASLEF is the second significant industrial action this week on Britain’s rail network, after 40,000 members of the RMT and TSSA unions – which represent other rail staff – held a major strike on Wednesday.

The rail strike was expected to cause “significant disruption” all day Saturday and on Sunday morning, according to Network Rail, which runs Britain’s rail infrastructure.

Almost all services on seven of the country’s 34 train operators were cancelled, including regional networks for southeast and eastern England as well as long-distance lines linking London with southwest England, northeast England and Edinburgh.

Britain’s train services are mostly run on a for-profit basis by foreign state-owned rail companies which receive short-term contracts and operating subsidies from the government. Those subsidies ballooned as passengers stayed home during the COVID-19 pandemic.

“At this time of the cost of living crisis we believe this Catch-22 situation can’t go on,” Whelan told BBC radio.

Steve Montgomery, managing director of rail operator First Rail and chair of the industry-wide Rail Delivery Group, said operators would give bigger pay rises only if train drivers agreed to changes in working practices that would save money.

“We’re not saying to people ‘work longer hours’, but to be more productive within the hours they currently have,” he said.

ASLEF plans to hold another one-day strike on Aug. 13.