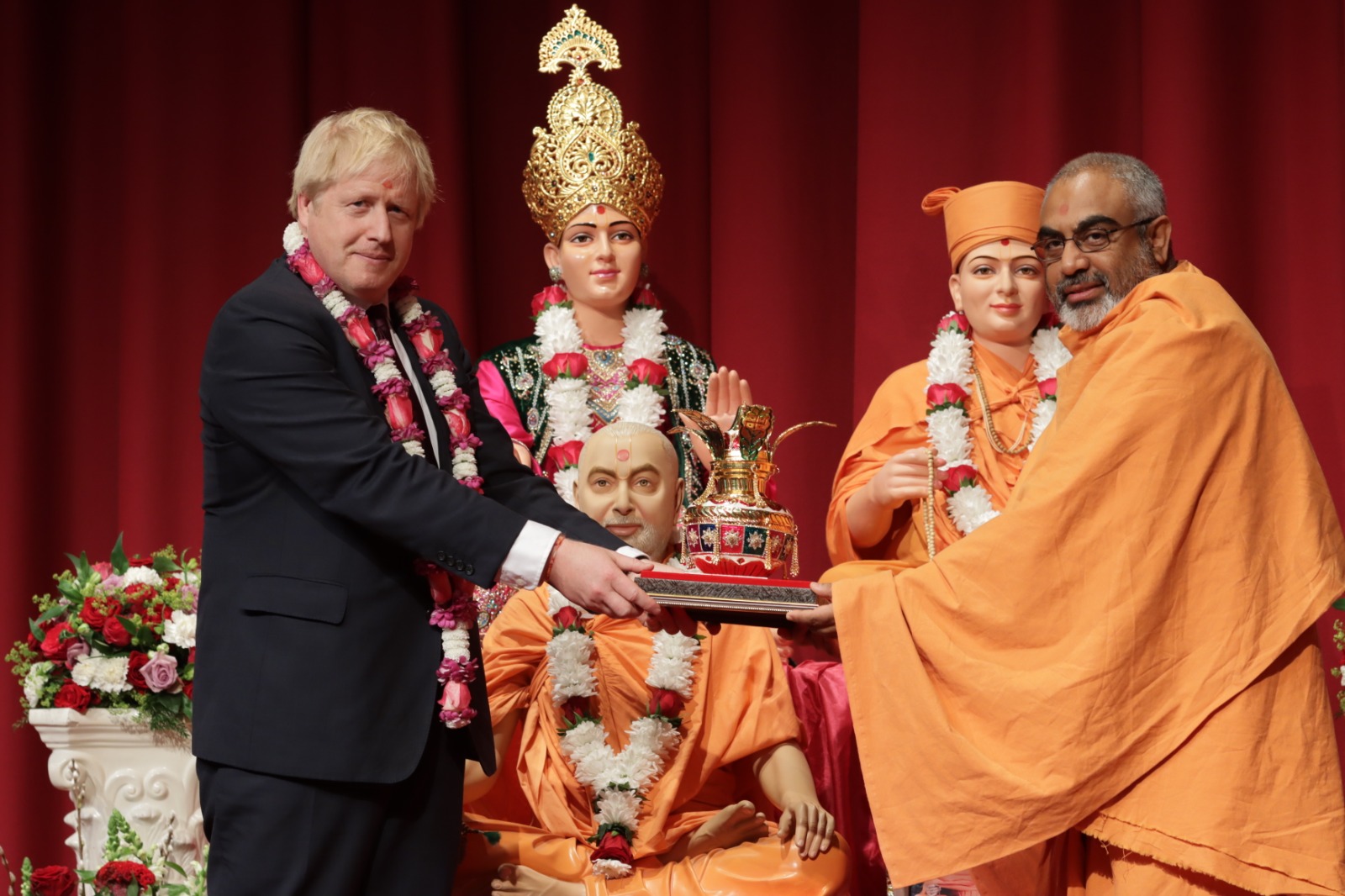 PRIME MINISTER Boris Johnson has praised the Indian community in the UK, saying they are one of Britain’s “greatest national assets”.

In an exclusive interview with Eastern Eye ahead of Thursday’s (12) general election, the leader of the Conservative  party also paid tributes to immigrants, saying they had contributed to the “dynamism and the productivity of the UK”.

As the election campaign entered its final stage this week, the Tories were ahead in the polls and looking to secure an outright victory to be able to push through the prime minister’s Brexit deal in parliament next month. Johnson told Eastern Eye: “For 10-15 years I have been the only politician of any party who has consistently championed the benefits of immigration.

“When I was mayor of London, I remember having long arguments with my colleagues about immigration. I believe that it is a wonderful thing. My own family is composed of immigrants
and it has contributed to the dynamism and the productivity of the UK. No question.”

While it was a key factor in the EU referendum vote of 2016, immigration – as well as Brexit and the NHS – has emerged as one of the key factors in this month’s general election. Last week, Johnson promised lower migrant numbers if he won the vote on Thursday, but said he was not against allowing foreigners to work and live in Britain in principle. The Conservatives were keen to introduce an Australian-style points system for all migrants once the UK leaves the European Union, and the party also wanted to limit low-skilled migration, except in those industries where there was a shortage of workers, he added.

Explaining how immigrants had transformed Britain, the prime minister said: “Because London, England and the UK has such an amazing mixture, people from around the world are drawn to it. It (Britain) has the charm, the magnetism that makes people want to invest and want to live here and [it is] something that’s really helped transform our culture.

“It’s one of the reasons why people want to come here. I remember what our country was like in the 1970s, it was very different. The food wasn’t so good, the range of music that people listened to was so much smaller. Things have changed dramatically (in my lifetime).”

He reiterated that the UK would “take back control of our immigration system”, and the country would be “fair to people coming from India, Asians from the subcontinent” and those from the European Economic Area.

“We will no longer discriminate against people coming from outside the EU. So, there will be big opportunities,” he said.

However, since Britain voted to leave the EU more than three years ago, minorities have become the target of hate crimes. Home Office figures from October show that in 2018-2019, there were 103,379 hate crimes recorded by the police in England and Wales, an increase of 10 per cent compared with 2017-2018 (94,121 offences). The majority of hate crimes were race hate crimes, accounting for around three-quarters of offences (76 per cent; 78,991 offences).

Acknowledging divisions in communities, Johnson told Eastern Eye: “We have zero tolerance
of any kind of prejudice or discrimination against any group, and it’s vital for me that we get
hate crime down. When I was mayor of London, we reduced crimes of all types, and we will do it in this country. We will have more police on the streets of the UK.

“We are investing in the criminal justice system and we want to see people properly prosecuted for all types of crime. I think this country has been going through a scratchy period because of Brexit and we need to get Brexit done and move forward.

“We have a plan to do that. We have a great deal we can do and a chance to get it done by January and then I think a new era will dawn,” he said. “[There should be] peace, harmony
and it’s very, very important that all communities feel loved and respected.”

When he became the prime minister in the summer, Johnson appointed the most diverse cabinet seen in Britain so far. Two of the four great offices of state were held by Asians – chancellor Sajid Javid and home secretary Priti Patel, while British Indians Alok Sharma (international development secretary) and Rishi Sunak (chief secretary to the Treasury)
were given cabinet positions. However, there continue to be few BAME people in positions of
power in the judiciary, civil service or the armed forces.

Asked why there was a distinct lack of colour in the upper echelons of British society, Johnson said: “All I can say is the most direct way I can influence things – I have personally
appointed people from families who have come from India into the most powerful positions
in the country and I don’t think you have a more visible symbol of our commitment.”

He noted the achievements of the Indian community, saying they made “an enormous contribution to every walk of life – whether it is the NHS or finance”.

According to the prime minister, the Indian community “represents about two per cent of our
population and they contribute six per cent of the GDP. They are massively important to the success of our country and I’m lost in admiration [for them].”

Johnson’s predecessor, Theresa May, launched a race audit when she became the prime minister in 2017. Asked if he would expand its scope, he told Eastern Eye: “I certainly want to make sure that there is a proper audit of our success. I think the steps that we have
taken in the political realm have been very effective, but we need to make sure all communities are properly reflected everywhere.”

If the Conservatives win a majority on Friday (13) and parliament approves the Brexit deal,
India is reported to be one of the countries that Britain is keen to do a trade pact with.

Johnson said he would like a “closer and closer” relationship with India.

He said: “I have already good relations with prime minister Narendra Modi, and we have lots of plans to do things together and with the living bridge (the diaspora). They are fantastic. They are one of the greatest national assets of this country. No question.”