Filmmaker Anurag Kashyap, whose next directorial Mukkabaaz is set to release on 12th January 2018, will next helm the much-delayed project Manmarziyan. To be produced by Aanand L Rai, the romcom features Abhishek Bachchan as one of the male leads.

The latest we hear that the Bombay Velvet director is keen to work with Amitabh Bachchan once again. He has directed the veteran actor in one of the short films of Bollywood anthology film, Bombay Talkies. Reportedly, Kashyap has a script with him, which she wants to make with Senior Bachchan.

“Anurag has an interesting script in place. He is keen to direct Big B for that project. Currently, he is tied up with Manmarziyan but soon after that, he wants to rope in Amitabh for his next,” reveals a source.

Meanwhile, Amitabh Bachchan is busy with many of his upcoming films, including Thugs Of Hindostan, Brahmastra, Aankhen 2, and 102 Not Out.

Alia Bhatt clears that she didn’t get injured on the sets... 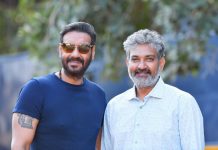