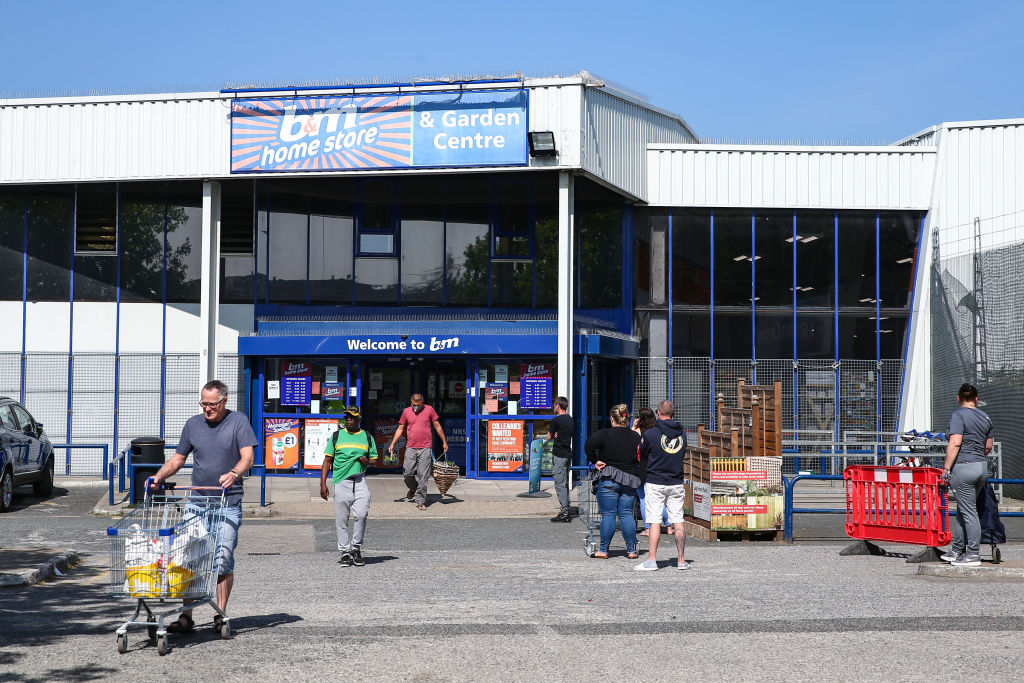 Shoppers buy gardening supplies at a B&M Home Store on May 09, 2020 in London, England. (Photo by Hollie Adams/Getty Images)

SHARES of B&M European Value Retail continued to gain on the bourse for the second day on Thursday (9) on the back of a robust earnings forecast by its management.

The discount retailer said it expects its pre-tax profit to be in “the range of £275 million to £285m” for the first half of the financial year, beating analysts’ consensus estimate of approximately £235m.

“Whilst group revenues year to date have been broadly in line with market expectations, gross margins have been stronger than originally anticipated in the B&M UK fascia business”, it said in a trading update on Wednesday (8).

The performance of general merchandise and seasonal categories has been particularly encouraging, it said, adding sell-through rates have been “high” and “accordingly end of season markdowns have been limited”.

The variety store chain, however, warned that the demand remains uncertain for the rest of the financial year.

“Although the group is well-positioned for the upcoming golden quarter, trading patterns and strength of customer demand remain highly uncertain for the balance of FY22.”

The retailer, which sells a wide range of goods from food to homewares, do-it-yourself and gardening products, saw its business volumes swell as shoppers preferred its out-of-town stores, avoiding high streets and shopping centres because of Covid fears.

The growth of the company through the pandemic has been reflected in its stock prices which more than doubled since April 2020 lows.

Its shares climbed 6.9 per cent on the London Stock Exchange on Wednesday (8) after the trading update and gained another 1.1 per cent on Thursday (9) to close at 584.4p, despite the benchmark FTSE100 shedding about one per cent.

Acquired by billionaire Arora brothers – Simon and Bobby – in 2004, B&M runs more than 600 general merchandise and grocery stores in the UK and some 90 shops in France where it operates with the brand name Babou and B&M.