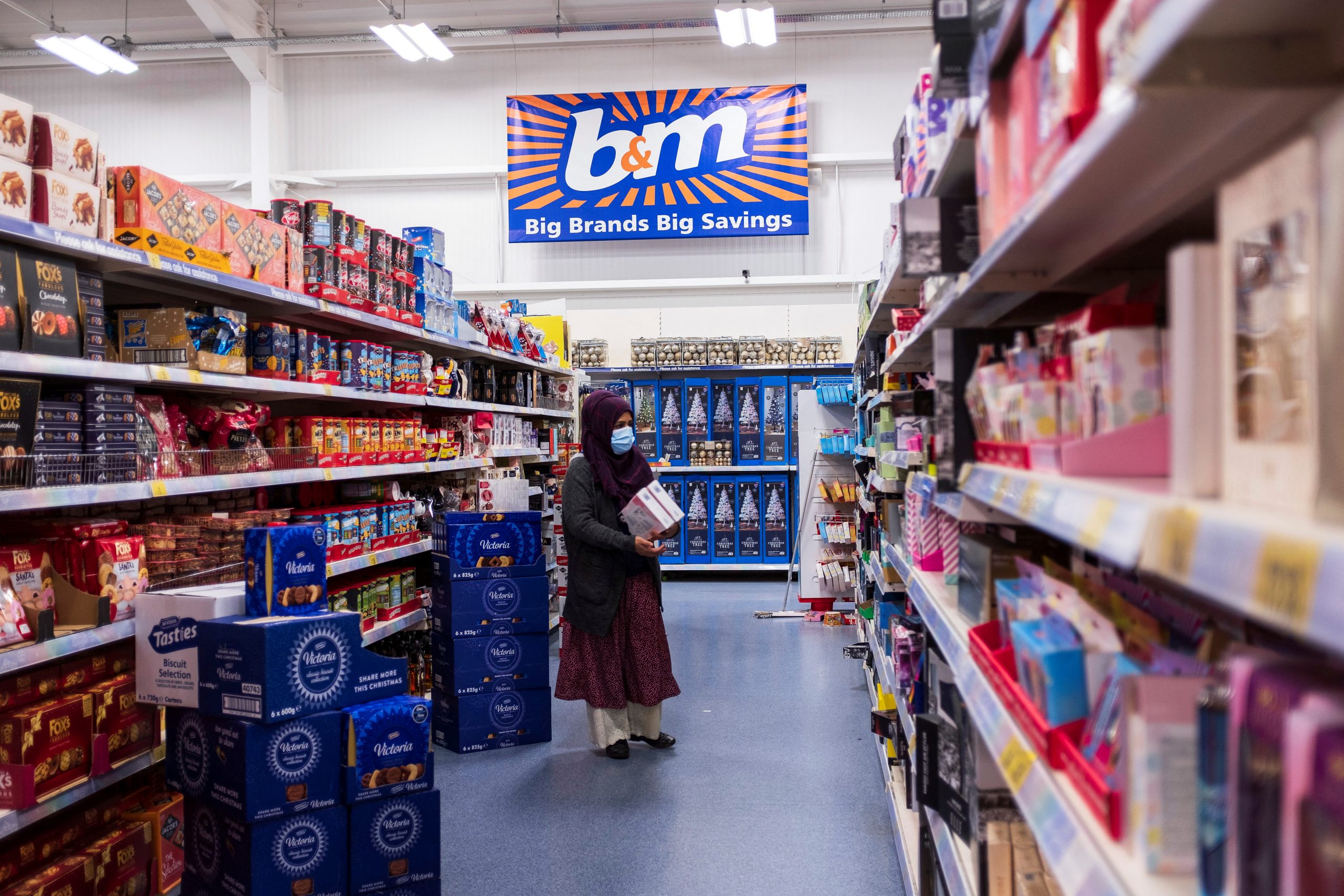 B&M credited its decision to import stock early for the Christmas season as key to its performance. (REUTERS/May James)

VALUE retailer B&M has posted a group revenue growth of 0.1 per cent for the third quarter of the financial year, which includes the crucial Christmas trading period.

It credited its decision to import stock early for the festive season as key to its performance, with CEO Simon Arora calling it the retailer’s “best-ever Christmas”.

While the revenue growth of B&M UK was down 6.2 per cent on a like-for-like basis compared to 2021, it increased by 14 per cent versus two years ago, which Arora said, demonstrates “strong retention of new customers.”

The group’s adjusted EBITDA (earnings before interest, taxes, depreciation, and amortisation) for the 2022 financial year is now expected to be between £605m and £625m, ahead of the £578m previously estimated.

“Our decision to take receipt of imported Christmas stock early in the season meant we were able to provide customers with great products at great prices. The consistency of performance in the core B&M UK business reflects the growing appeal of our stores as a destination visit for seasonal products, as well as the strength of our supply chain,” Arora said.

Its French arm also sustained its momentum, reporting a revenue growth of 30 per cent year-on-year with all but one of the 107 stores now under the B&M fascia.

In a filing to the London Stock Exchange, the company said it will reward its 24,000 employees with a discretionary bonus payment of an extra week’s wages in January.

Traded as B&M European Value Retail, the company’s stock shed 4.5 per cent since the beginning of the New Year to close at 605.80p on Friday (7). However, the stock climbed 13.94 per cent in the past year outpacing the FTSE’s gain of 9.16 per cent during the period.

B&M, which opened its first shop in the English town of Cleveleys in 1978 was acquired by the Arora brothers – Simon and Bobby – in 2004. It now runs 693 stores in the UK with an employee count of 35,000. It said it expects to open 13 more stores before the end of the financial year.