Birthday blast: All about Chiranjeevi 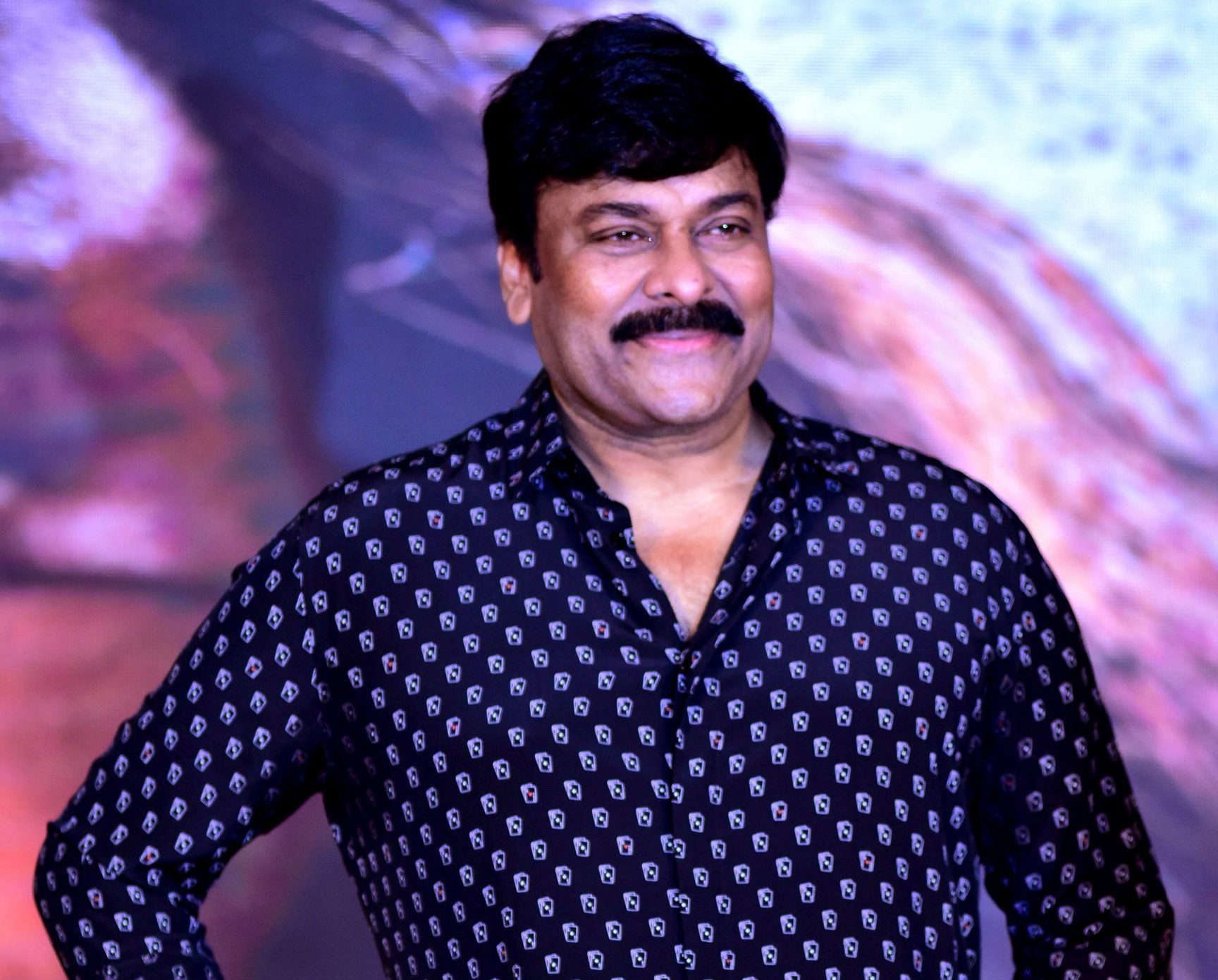 MASSIVELY popular actor Chiranjeevi is one of India’s greatest ever movie stars and that is why there will be huge celebrations for his 66th birthday on August 22.

The big screen icon turned politician has had a remarkable career that has touched the lives of many millions across generations and helped Telugu cinema become a juggernaut. Affectionately known as megastar, he is also head of a famous film family, philanthropic and still fantastic as an actor.

To celebrate his birthday, Eastern Eye presents an all you need to know A to Z about Chiranjeevi. 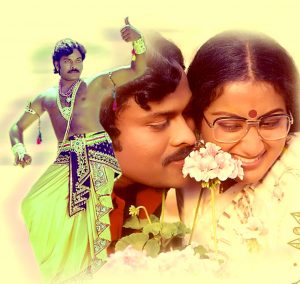 A is for Awards: Chiranjeevi won his first Filmfare South Best Actor (Telugu) award for Subhalekha (1982) and has since won the honour seven times in total, which is higher than anyone else in the category. He has won a host of other honours that includes a Padma Bhushan in 2006, which is India’s third-highest civilian honour. The superstar actor received a Filmfare Lifetime Achievement Award in 2010.

B is for Breakout: Although the actor scored a success with his second film Manavoori Pandavulu (1979), his breakout hit as a hero was revenge drama Chattaniki Kallu Levu in 1981, which was a remake of Tamil film Sattam Oru Iruttarai (1981).

C is for Charity: The big-hearted superstar is known for his huge humanitarian efforts and large cash donations to charity. His various charitable trusts have helped hundreds of thousands of people, including during the Covid-19 crisis, where he set up oxygen banks across Andhra Pradesh. 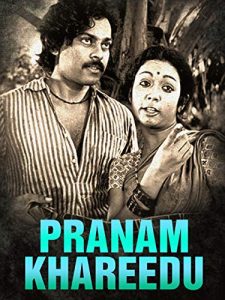 D is for Debut: Although Punadhirallu (1979) was the first movie Chiranjeevi signed, his debut release was Pranam Khareedu on September 22, 1978, and this began a remarkable journey in cinema that is still going strong today.

E is for Experimental: Whether it is with genres, stories, taboo subjects or characters, Chiranjeevi has never been afraid to be experimental with his work. The boundary-breaking approach hasn’t always worked, but it has expanded the horizons of Telugu cinema and inspired others to follow suit. 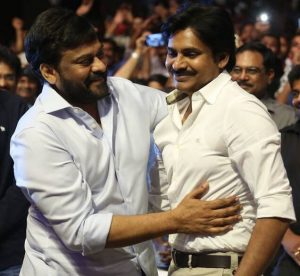 F is for Family: Chiranjeevi has many famous family members, including his brother Pawan Kalyan, son Ram Charan (see R) and nephew Allu Arjun, who are all major movie superstars in their own right. His younger brother, Nagendra Babu, is a film producer and actor.

G is for Game changer: Super hit film Khaidi (1983) turned Chiranjeevi into a big star and it was so successful that according to most experts the influential revenge drama changed the course of the Telugu film industry altogether. His 100th film was Khaidi No. 786 (1988) and 150th was Khaidi No. 150 (2017). 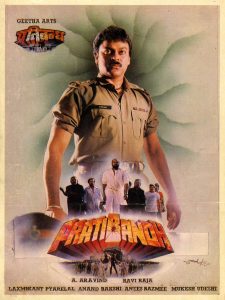 H is for Hindi cinema: The superstar actor has largely stayed away from Bollywood and been happy ruling Telugu cinema. His first Bollywood film was 1990 release Pratibandh, which was followed by Aaj Ka Goonda Raaj (1992) and his last Hindi language effort The Gentleman (1994). He has however starred in Telugu remakes of Bollywood films, including playing the title roles in Shankar Dada M.B.B.S. and Shankar Dada Zindabad, which were adaptations of Munna Bhai M.B.B.S. and Lage Raho Munna Bhai, respectively. His films like Attaku Yamudu Ammayiki Mogudu and Choodalani Vundi have been remade in Bollywood.

I is for Internet: The legendary actor has been a pioneer in many ways and one of them is with his online presence. He was the first Indian actor to start a personal website on the internet.

J is for Jubilee Hills: Chiranjeevi’s primary residence is in the plush Jubilee Hills area of Hyderabad, where most of the major Telugu movie stars reside.

K is for Kerala Blasters: The actor has many business interests away from cinema, including being co-owner of the Kerala Blasters football club. The team plays in the Indian super league and has a huge fan following.

L is Likes: The actor is loved by millions, but his favourite actors are Charlie Chaplin and Sean Connery. His favourite singer is SP Balasubrahmanyam. 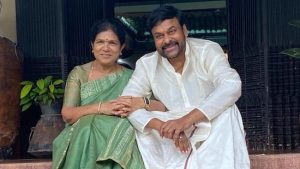 M is for Marriage: Chiranjeevi got married on February 20, 1980, to Surekha, who is the daughter of legendary Telugu comedian Allu Ramalingaiah, who appeared in over 1,000 films during a 51-year career. Speaking of his wife, he said in an interview, “Marriage is all about giving, taking, complementing each other, building mutual respect and making adjustments. My wife Surekha is an embodiment of all these qualities, and her contribution to our family has been remarkable. She is at the heart of it all. She has taken care of everything and kept the structure glued. She is simple, and with a pure heart.”

N is for Name: His mother advised him to take the screen name Chiranjeevi, which means live forever and he happily accepted it. He starred in a movie named after him in 1985.

O is for Oscars: Chiranjeevi became the first south Indian star to be invited as a guest of honour at the Oscars ceremony in 1987.

P is for Politics: The actor became a politician in 2008 and started his own party. He had a rollercoaster decade in politics of highs and lows, which resulted in a 10-year break from frontline cinema. He achieved a lot in politics but left because he thought it was full of corruption and said: “The truth is, I don’t think politics is a place for honest and sincere people who want to win with hard work, vision, and an action plan. I’m saddened that people couldn’t choose honesty over corruption. I have no regrets though. I am just worried that politics is driven by greed and money.” 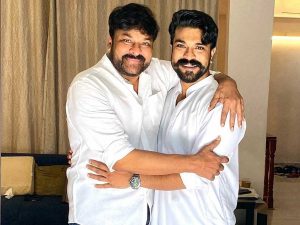 R is for Ram Charan: Chiranjeevi has two daughters, Sushmita and Srija, and son Ram Charan, who has done the impossible and jumped out of the giant shadow cast by his famous father. He is impressively carrying the legacy forward as a huge movie star, producer, business entrepreneur, philanthropist, and a devoted family man.

S is for Suspended: There have been some projects he started work on that never got completed and the most notable was Hollywood film The Return of the Thief of Baghdad. It was supposed to be made simultaneously in English and Telugu but was suspended for unknown reasons. 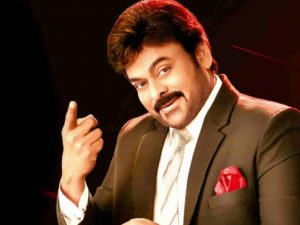 T is for Television: The mega-movie star made his television debut in 2017 as the host of Meelo Evaru Koteeswarudu, which is the Telugu version of TV game show Who Wants To Be A Millionaire, and proved to be popular with audiences. 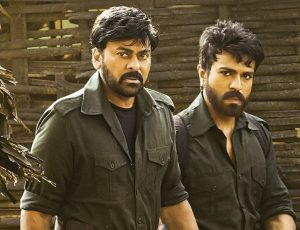 U is for Upcoming: Chiranjeevi’s most anticipated forthcoming film release is Acharya, which sees him act alongside his superstar son Ram Charan. The big-budget Telugu language action-drama was due for release on May 13, 2021, but was postponed due to the Covid-19 pandemic. The film is expected to clock up huge box-office numbers when cinemas fully reopen. He is also working on an autobiography and documentary about his life.

V is for Mogalthur: Chiranjeevi was born Konidela Siva Sankara Vara Prasad in Mogalthur, a village in West Godavari district of Andhra Pradesh, India. He spent much of his childhood in the village with his grandparents. He was interested in acting from a young age and decided early on that it was the career for him.

W is for Wealth: The actor has built up considerable wealth throughout his life and was at one time the highest paid actor in India. In 1992, a popular Indian film magazine released a special edition on Chiranjeevi with cover headline ‘Bigger Than Bachchan’ because of the whopping amount he was charging per film. Despite being in his sixties, he remains one of the highest paid actors and in demand for endorsement deals. He also has a number of business interests and was once even given an award for being the highest celebrity tax-payer.

X is for X Factor: Apart from his work ethic, what has set the actor apart from others is his versatility and ability to do everything from serious drama to full-on action in movies. The family man has also remained grounded throughout his meteoric rise and that relatability has formed a strong connection with fans across the last 43 years. 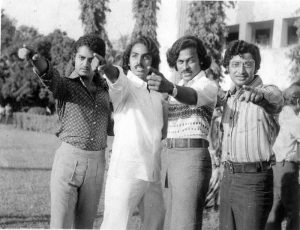 Y is for Younger days: He got interested in dance as a youngster after hearing the Bollywood song Piya Tu Ab To Aja and would regularly perform to it in front of people. That love for dance and acting in stage plays inspired him to become an actor. Punadhirallu, the first film he signed, happened while he was training to be an actor. He only landed the role because his friend, who was under contract with someone else, couldn’t do it and recommended him.

Z is for Zero regrets: The actor has enjoyed his rollercoaster journey and would not have done things differently. He believes in rebirth and said: “I would love to go through all these wonderful experiences again.