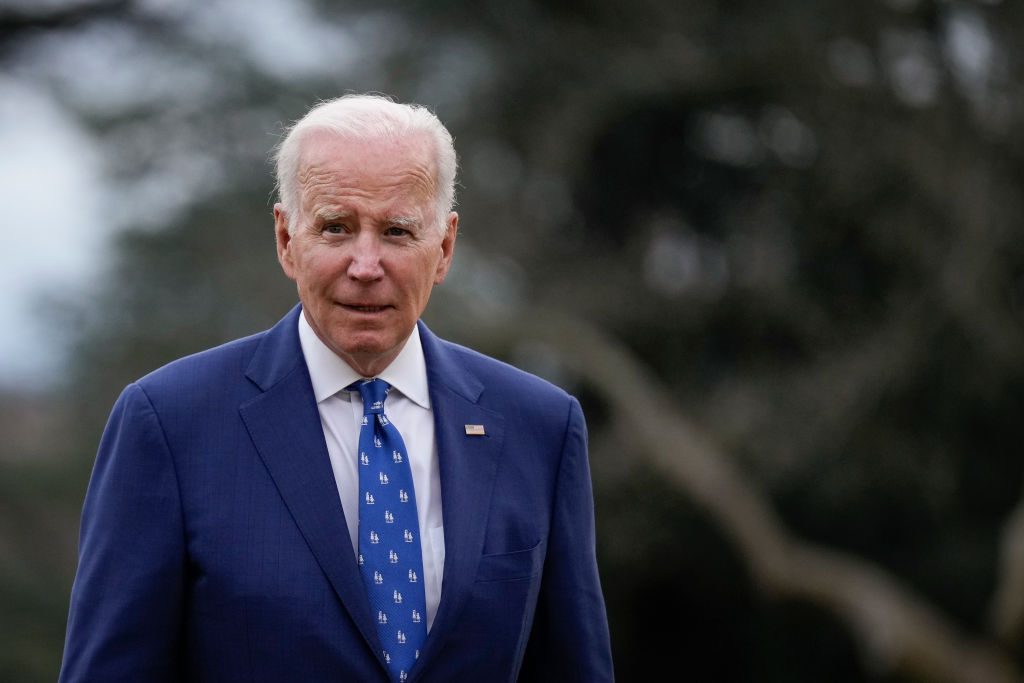 US President Joe Biden walks from Marine One toward the Oval Office on the South Lawn of the White House January 4, 2023 in Washington, DC. (Photo by Drew Angerer/Getty Images)
Follow Us

The Biden administration has proposed a massive hike in immigration fees, including the much sought-after H-1B visas for high-skilled foreign workers which is very popular among Indian tech professionals.

The H-1B visa is a non-immigrant visa that allows U.S. companies to employ foreign workers in speciality occupations that require theoretical or technical expertise.

Technology companies depend on it to hire tens of thousands of employees each year from countries like India and China.

In its federal notification, the Department of Homeland Security (DHS) said that USCIS is primarily funded by fees charged to applicants and petitioners for immigration and naturalisation benefit requests.

These fee collections fund the cost of fairly and efficiently adjudicating immigration benefit requests, including those provided without charge to refugees, asylum, and certain other applicants or petitioners, it argued.

The proposed rule went on a 60-day public opposition period, following which it is expected to be enforced. Under the proposed rule, the fee for the H-2B petitions (for seasonal, nonagricultural workers) is proposed to increase from $460 to $1,080.

“Economists would note that fee increase on these visa categories would work against the desire of US policymakers for more workers to enter the United States legally,” Forbes said in a news report.

While there is no increase in the premium processing, the number of days is now 15 business days from the existing 15 days.

However, in this proposal, DHS would eliminate the additional biometric services fee in most cases by, including the costs in the underlying immigration benefit request fee.

The USCIS said the new fees would allow the immigration agency to more fully recover its operating costs, reestablish and maintain timely case processing, and prevent the accumulation of future case backlogs.

The agency receives approximately 96 per cent of its funding from filing fees, not from congressional appropriations, it said.

The proposed fee rule is the result of a comprehensive fee review at the USCIS. That review determined that the agency’s current fees, which have remained unchanged since 2016, fall far short of recovering the full cost of agency operations.

The USCIS generally publishes a fee rule biennially, and proposes these changes to account for the expansion of humanitarian programmes, federally mandated pay raises, additional staffing requirements, and other essential investments, a media statement said.

In 2020, the onset of the Covid-19 pandemic led to a dramatic reduction in receipts of new applications, resulting in a temporary drop in revenue by 40 per cent. The combination of depleted cash reserves, a temporary hiring freeze, and workforce attrition has reduced the agency’s capacity to timely adjudicate cases, particularly as incoming caseloads rebound to pre-pandemic levels, it said.

According to the USCIS, the proposed rule would increase some fees, including a modest increase in the fee for certain naturalisation applications, while preserving existing fee waiver eligibility for low-income and vulnerable populations and adding new fee exemptions for certain humanitarian programmes.

If finalised, the proposed rule would decrease or minimally increase fees for more than one million low-income filers each year.

“In addition to improving customer service operations and managing the incoming workload, the USCIS must continue to fulfil our growing humanitarian mission, upholding fairness, integrity, and respect for all we serve,” said USCIS Director Ur M Jaddou.

“This proposed rule allows the USCIS to more fully recover operating costs for the first time in six years and will support the administration’s effort to rebuild the legal immigration system,” he said.