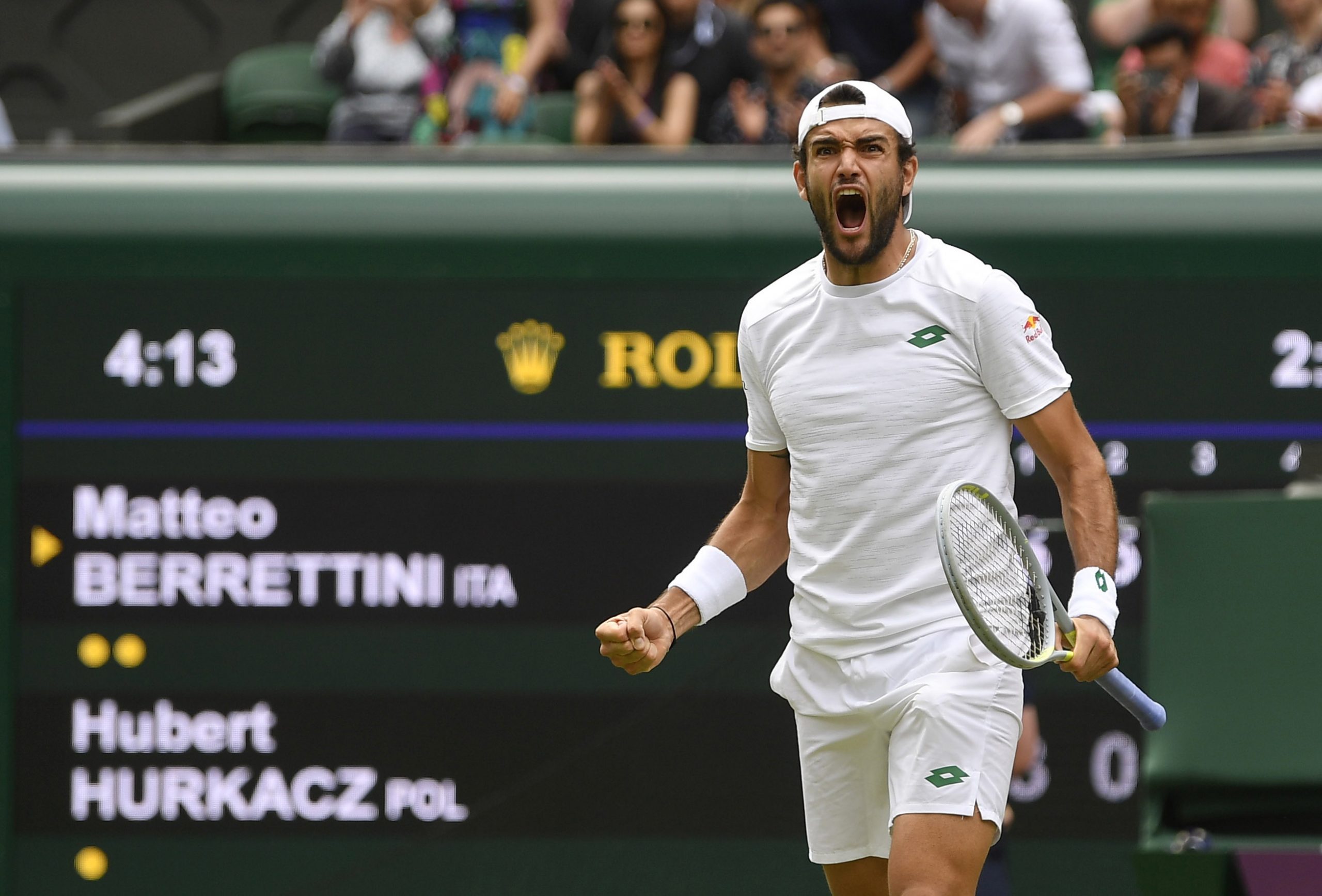 MATTEO BERRETTINI became the first Italian to reach a Wimbledon singles final on Friday (9) with a four-sets victory against Hubert Hurkacz.

Berrettini claimed a 6-3, 6-0, 6-7 (3/7), 6-4 win over his Polish opponent who had knocked out eight-time champion Roger Federer in the quarterfinals.

World number nine Berrettini will face either Novak Djokovic or Denis Shapovalov in Sunday’s (11) final where he will attempt to become Italy’s first men’s Grand Slam champion since Adriano Panatta at the 1976 French Open.

“So far it is the greatest day of my tennis career. Sunday we shall see,” he said.

“I am just proud to have carried the flag here.”

The 25-year-old Italian is one win away from emulating Boris Becker in 1985 in winning the prestigious Queen’s tournament and then Wimbledon a few weeks later.