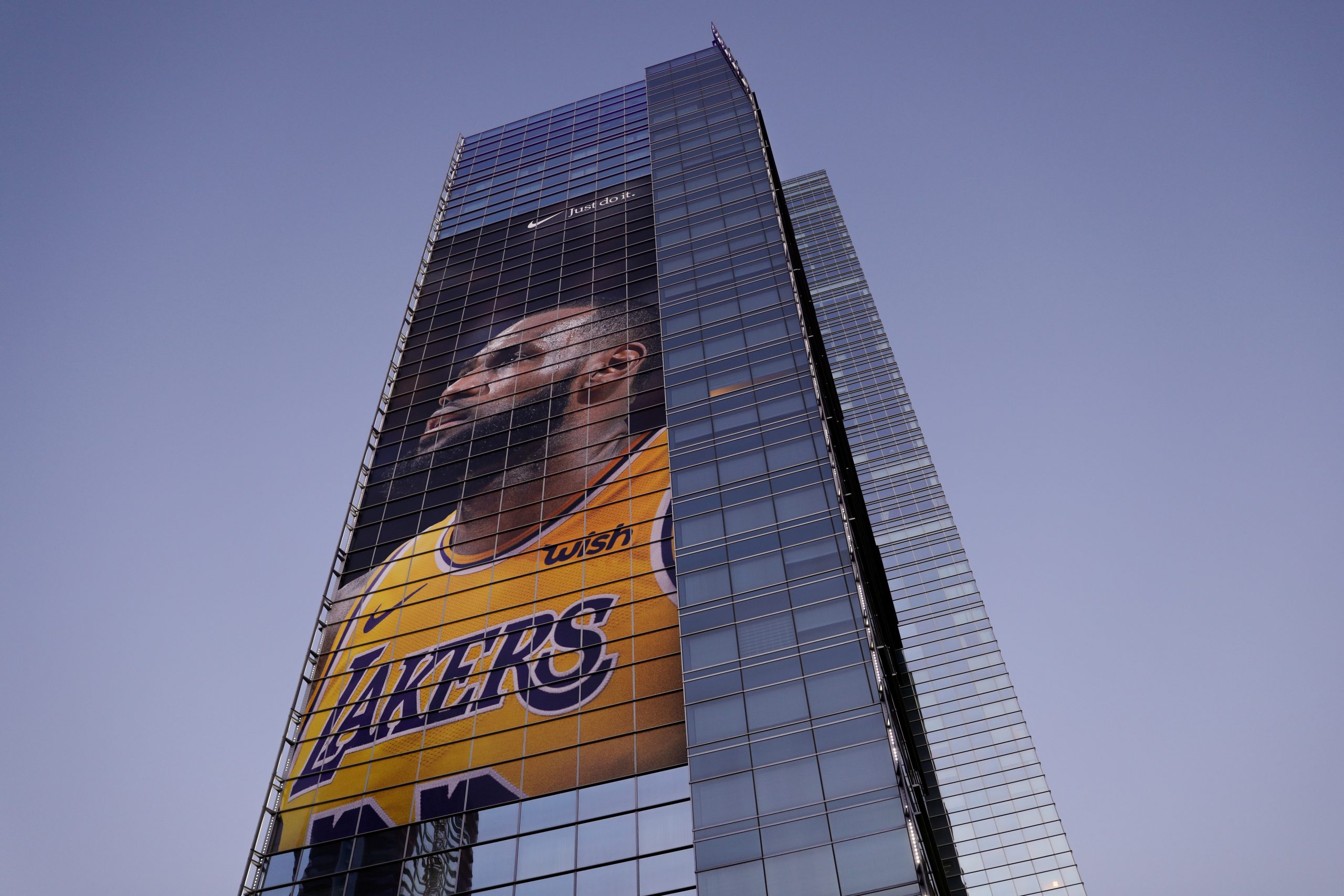 TWO years after a conservative commentator told LeBron James to “shut up and dribble,” the NBA star has become an increasingly influential political force as issues of racial justice and voter suppression move to the forefront in the November presidential election.

James, an outspoken activist and frequent critic of President Donald Trump, helped form a group that will spend millions of dollars to battle voter disenfranchisement in predominantly black communities ahead of the November 3 ballot battle between the Republican Trump and Democrat Joe Biden.

He also has helped push the NBA to recognise racial justice issues and the Black Lives Matter movement, including the decision to postpone playoff games this week after a player boycott to protest the shooting of Jacob Blake, a black man, by police in Wisconsin.

That prompted Trump to denounce the league on Thursday, saying it was “like a political organization.”

James, who campaigned for Democratic presidential candidate Hillary Clinton in 2016, has promised to campaign for Biden this year. His influence could be critical in 2020, strategists and activists said, given the party’s need to bolster Black voter turnout, which saw its first drop in 20 years in 2016.

“LeBron is likely to have a huge impact,” said Karen Finney, a Democratic political strategist and aide on Clinton’s 2016 campaign. “He has the respect and the credibility with the Black community, so he’s a tremendous asset.”

This week, James, 35, a 16-time NBA All Star who is considered one of the greatest basketball players of all time, reacted angrily to the shooting on Sunday of Blake in Kenosha, Wisconsin, which sparked days of civil unrest.

The incident recalled the police killing of another Black man, George Floyd, in Minnesota in May that sparked anti-racism demonstrations in many U.S. cities. Blake’s shooting reverberated through U.S. professional sports, with leagues postponing games and practices.

“WE DEMAND CHANGE. SICK OF IT,” tweeted James, whose Los Angeles Lakers are vying for the National Basketball Association title.

James‘ leadership on the issue got the attention of the White House, with adviser Jared Kushner, Trump’s son-in-law, saying in a televised interview on Thursday that he would reach out to James to see what both sides could work on together.

Biden said on Thursday he was arranging a call with the NBA after it reached out to discuss the boycotts. He did not elaborate, and a spokesman for his campaign declined to do so as well.

James formed the voting rights group More Than a Vote earlier this year along with other prominent athletes to counter misinformation and fight what he said was voter suppression in black communities.

“LeBron recognised that these athletes are the most trusted members of their communities,” said a person familiar with his thinking. “It is entirely about the black community and protecting and strengthening their right to vote.”

The group will collaborate with the NAACP Legal Defense Fund on a multimillion-dollar initiative to recruit young poll workers in Black communities in a dozen states, including battlegrounds such as Michigan, Florida, Wisconsin and Georgia.

A shortage of poll workers to staff in-person voting sites amid worries about the coronavirus pandemic led to dramatically fewer polling locations in some states that held primaries earlier this year, including Georgia and Wisconsin.

That led to long lines, hours-long waits and widespread confusion, particularly in hard-hit African-American communities that felt the brunt of the cutbacks.

The group previously partnered with teams in Los Angeles and Atlanta to turn stadiums into polling places, and worked on an effort to help the formerly incarcerated restore their voting rights in Florida.

Amy Koch, a Republican strategist who lives in Minneapolis, where Floyd’s death sparked the first wave of protests, said James‘ voice would have an impact but carried some risk of alienating suburban voters who had grown frustrated, and were not differentiating between peaceful protests and violent ones.

“If he can get some of that extra vote out, he will make a difference,” she said. “The difference between him and some other celebrities is he doesn’t wade into everything, so he has credibility and he’s disciplined.”

Donna Brazile, a former Democratic National Committee chairwoman and the campaign manager for presidential candidate Al Gore in 2000, said James and other athletes were using their celebrity to draw attention to the inequities of the justice system.