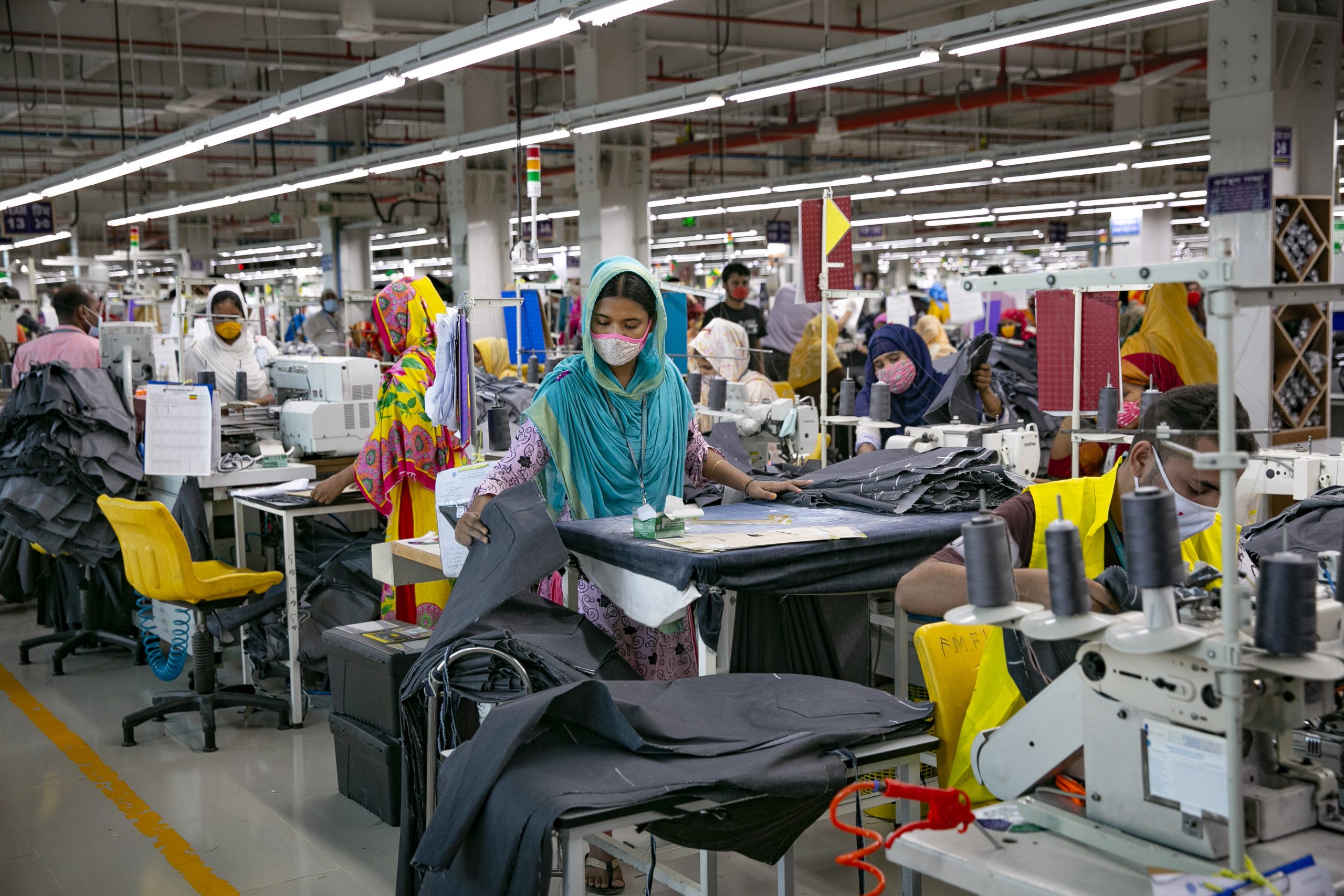 Bangladeshi garment worker Nurunnahar Begum never imagined winning a leadership role at the Dhaka clothing factory where she first began as a seamstress in 2012.

But four years later, Begum, now 28, became supervisor of a team of 30 workers that checks the quality of clothes made by DBL Group, one of Bangladesh’s largest garment suppliers to global fashion retailers like H&M and Walmart.

More than half the country’s sewing machine operators are women, but over 90 per cent of their supervisors are men – a gender imbalance that hurts workers and productivity, researchers say.

A series of training programmes in the last decade, run by non-profits, development groups and factory owners, has aimed to tackle this contrast in an industry that employs about four million workers in the South Asian nation.

Begum’s promotion was the result of one such training project. A couple of years after joining the DBL factory, she noticed the male supervisors of her team were changed regularly due to their poor performance.

She took a leap of faith and asked factory officials if she could step in. Following a few weeks of training, she got the job and has been at the helm ever since.

“I think it’s good if a woman leads the team, because most workers at the sewing lines are women and they will be more open to sharing their problems,” Begum told the Thomson Reuters Foundation.

“For instance, if a woman has stomach pain (period cramps), she may not want to share this with a man and just be absent, which hurts production. In these cases, I tell workers to leave early or take a break, which doesn’t hurt our target,” she said.

A 2017 study conducted by DBL Group, based on 42 teams led by women, found they were about 3 per cent more efficient than those run by men, yielding an annual benefit of nearly $1.5 million.

Today, one in five sewing lines in the factory are managed by women, up from zero in 2013.

“This (study) motivated us further as there is a clear business case,” said Mohammed Zahidullah, DBL Group’s chief sustainability officer.

So far the factory has trained just over 100 women supervisors, of whom two-thirds are still working there.

“The migration of the (remaining) supervisors has shown the rise in demand for them within our industry,” added Zahidullah.

A separate donor-backed initiative working to boost garment workers’ skills in 60 factories, called the Gender Equality and Returns (GEAR) Program, has seen a 5% increase in productivity on sewing lines led by female supervisors it trained.

“With productivity up, turnover and absenteeism down, it is a win-win for both workers and factories,” said Nabeera Rahman, head of the programme run by the International Finance Corporation (IFC) and the International Labour Organization.

Kulsum Bibi became a supervisor this year after working as a machine operator for 10 years at a Dhaka garment factory.

She said the training she received on a women’s leadership programme run by Bangladesh-based development organisation BRAC helped her recognise the mistakes her supervisors made.

“I learned that when someone commits an error, you need to stay calm and talk to that person with a cool head. Some male supervisors I worked under just shout when something goes wrong,” she explained.

While the programmes have led to a small rise in the number of women supervisors in the garment sector, the change has not come without challenges.

In another study carried out at DBL in 2018, some women workers said they felt more comfortable with female supervisors but added they were more likely to listen to male bosses.

Machine operators interviewed said male supervisors were more likely to take an independent decision to solve a problem in the line while women tended to consult with management first.

“While the transition to female management as a norm has its challenges, promoting female leadership roles on production floors matters. With the correct training and support for female workers, positive change is possible,” the study concluded.

Labour leaders like Kalpona Akter, who heads the Bangladesh Centre for Workers Solidarity, want the government to ask factory owners to introduce a fixed quota for women supervisors.

“We shouldn’t be needing special training programmes to promote women. They should be automatically promoted within the factories just like the male workers,” said Akter.

EQUIPPED FOR THE FUTURE?

But some experts said the training programmes could also help pave the way for a just transition for women workers, some of whom risk losing their jobs as garment factories invest in high-tech, low-carbon machinery to meet broader climate goals.

Wendy Werner, IFC country manager for Bangladesh, Bhutan, and Nepal, said that if women learn to manage teams of 30 or more workers, those skills are transferable to other sectors.

“(GEAR) is a program which prepares women for leadership positions that go well beyond the factory where they are trained and also beyond the ready-made garments sector,” she added.

DBL Group Managing Director M. A. Jabbar said the shift to more sustainable business models in the industry could lead to some layoffs but skills training could significantly reduce the impact.

Bibi’s promotion, for example, increased her monthly salary from $135 to $235, helping her family of four – which lived in a single room until last year – rent an extra room.

Importantly, it has given the 35-year-old hope to dream big.

“Despite my poor education, I became a supervisor after 10 years. Now my goal is to move even higher,” she said. “I want to become a controller or a line manager. If men can do it, why can’t I?”