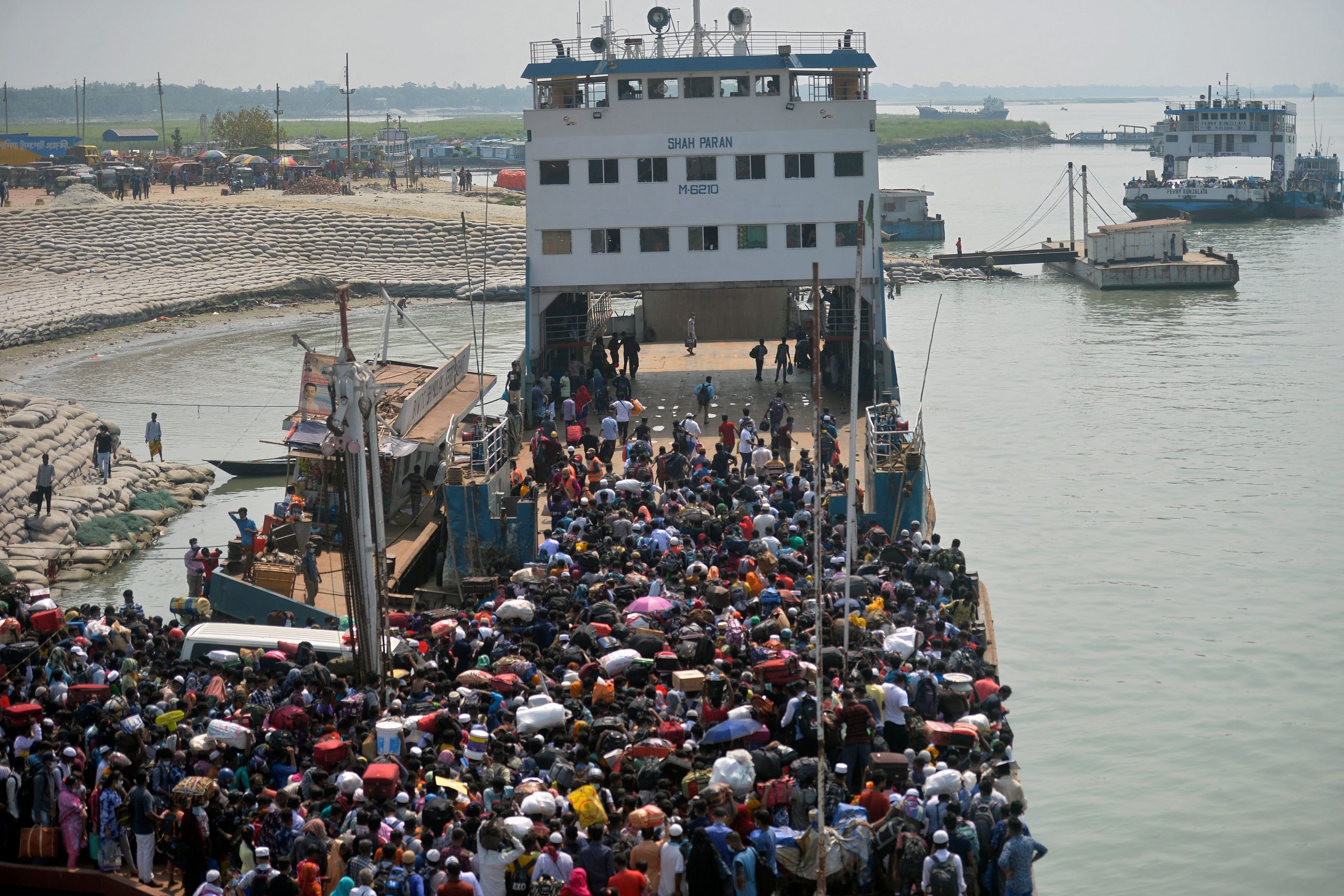 People crowd as they board a ferry to their hometowns ahead of the Eid al-Fitr festivities amid Covid-19 coronavirus pandemic in Munshiganj on May 9, 2021. (Photo by Munir Uz zaman / AFP) (Photo by MUNIR UZ ZAMAN/AFP via Getty Images)

SCORES of people rushed to Shimulia Ferry Terminal to take the onward homebound journey to reach home just in time for Eid-ul-Fitr on Wednesday (12), creating a chaotic scene at the wharf. Hundreds of people are reportedly still waiting at the terminal.

The government has been enforcing movement restrictions from April 6, extended in several phases, in the face of a surge in Covid-19 infections in the country. In the latest instance, the restrictions were extended until May 16. However, people appear to be determined to spend Eid holidays with family members as they continue to travel in large numbers.

While police and Border Guard Bangladesh personnel were halting all private cars at the multiple checkpoints on the Dhaka-Mawa Expressway, people continued to reach the wharf on foot or through other routes. Ignoring all the restrictions and social distancing norms, huge crowd was seen forcibly boarding ferries at Shimulia ghat, which carried emergency vehicles like ambulances and hearses.

No private vehicles were being allowed to board the ferries, he added. The authorities were supposed to allow only ambulances and hearses.