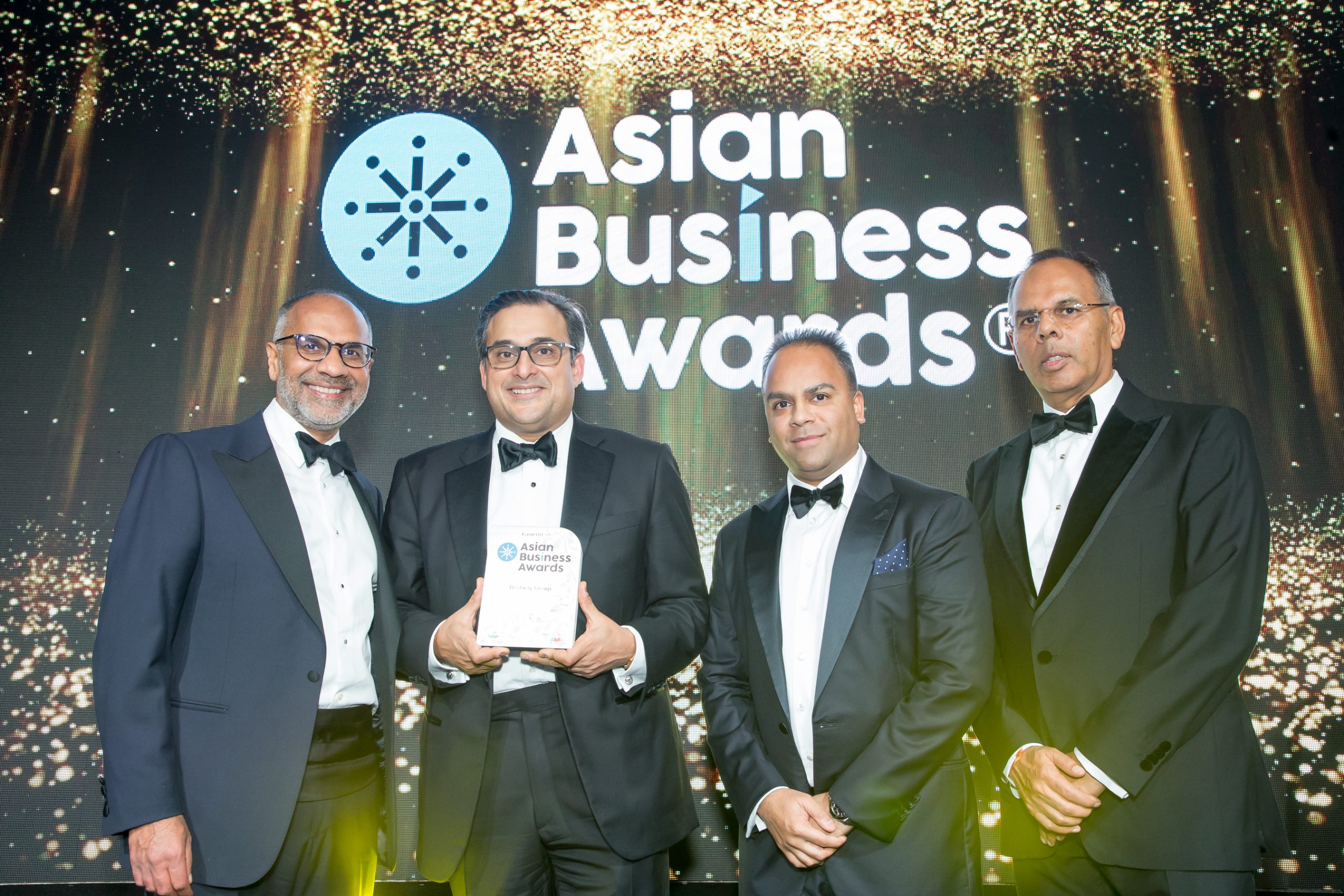 ONE OF BRITAIN’S leading wholesale companies won the coveted top award at the Asian Business Awards, hosted by Eastern Eye, on Friday (19).

Bestway Group was named Asian Business of the Year at a gala event held at the newly opened Londoner in Leicester Square.

It grew from a single wholesale depot in London to a business whose revenues are now in excess of £4 billion.

In all, 10 awards were presented on the night as the Asian Business Awards returned to their pre-Covid format after pandemic lockdown restrictions last year.

The event also saw the launch of the latest edition of the annual Asian Rich List. It profiles the 101 wealthiest south Asians in Britain.

Topping the list were the Hinduja family with an estimated wealth of £27.5 billion, followed by steel tycoon Lakshmi Mittal and his son Aditya (14.2bn) and mining magnate Anil Agrawal of Vedanta (7.5bn).

Some 400 guests, among them powerful politicians, multimillionaire entrepreneurs and captains of industry, gathered in a Covid-safe ceremony to celebrate the best of Asian businesses at the Londoner, a luxury hotel in central London, owned by leading Indian hotelier Jasminder Singh.

The Asian Business Awards are hosted by the Asian Media Group, which publishes Eastern Eye and Garavi Gujarat news weeklies as well as the Asian Rich List and the GG2 Power List.

It was the first awards event hosted by AMG after pandemic restrictions were lifted earlier this summer.

AMG managing editor Kalpesh Solanki said, “For 23 years the Asian Business Awards has been seen as the most significant and important way of recognising and encouraging excellence in the Asian business community.”

Noting the impact of the pandemic on people and communities, he said, “Businesses big and small have played a vital and integral role over the past 18 months.

“So it’s our duty to shine a light on these businesses and ensure we collectively applaud the great work of entrepreneurs.

“It’s important we pull the country and society out of these severe times and play our part in rebuilding the economy.”

Britain’s best Asian businesses were recognised on the evening as an array of awards were presented.

Ritu Sethi, senior partner of The Sethi Partner Solicitors, won the Businesswoman of the Year, sponsored by the Royal Mint. Her commercially successful firm is respected in the industry for the range and quality of its legal work.

Hovis CEO Nish Kankiwala, who has wide experience in running some of world’s biggest food and drink companies, was named The Asian Business CEO of the Year.

India-born Kankiwala is known to spend three weeks every six months visiting Hovis’ factories where he talks to colleagues, seeking their feedback.

Westminster Development Services (Hinduja Group) won the Restoration of the Year award for its work on the Old War Office, which will open as a Raffles Hotel next year and which also is marketing 85 private apartments as OWO Residences.

Sun Mark Limited, an export major with a portfolio of leading own brand products was the winner of the Asian Business Food and Drink Award 2021. Founded by Lord Rami Ranger, it has won many prestigious accolades, among them the Queen’s award for enterprise.

Lord Ranger’s son-in-law, who is in charge of the daily operations of the company, collected the award.

One of India’s best-known banks and a familiar name to most of the community in the UK, the State Bank of India, was named the Asian Business Bank of the Year. Throughout the pandemic, the bank remained open as an essential service and also provided its customers seamless service through its online operations and mobile app.

The Asian Business Property Developer of the Year Award was presented to Westcombe Group, which specialises in taking on Grade II listed buildings – converting schools, hospitals and army barracks into luxury accommodation.

Star Pacific, is one the fastest growing FMCG export wholesalers, was the winner of the Fast Growth Business of the Year award, supported by OakNorth Bank.

Since its establishment in 2010, Star Pacific has worked with some the world’s biggest grocery companies to export more than 500 product lines from its base in Hayes, Middlesex.

And in a year which showed the important role carehomes play, Angel Care/MS Care plc won the Care Home Operator of the Year, with Sandip Ruparelia, managing director of the company, collecting the award.

Ruparelia and his family run some the country’s leading care and nursing homes, including a purpose-built home for elderly Asians in Harrow, north London.

B&M CEO Simon Arora, Bestway’s Dawood Pervez and Vedanta’s Agrawal also took part in a panel discussion to talk about the impact of the pandemic and how businesses play a vital role in communities.

Guests at the event gave generously to Pratham, an education-focused charity in India.

Tributes were also paid to Ramniklal Solanki, who founded Garavi Gujarat, and who passed away in March 2020.

His son Kalpesh said, “We miss him dearly. He was a true pioneer; a leader and a heavy weight in his field winning accolades for his journalism.

“He received honours from the Queen – both an OBE and CBE, but his biggest honour was to help thousands of people and more importantly he gave us a voice. Not just a voice but one that was respected and heard.”

To purchase a copy, see www.easterneye.biz/ARL/subscribe/ or via email Saurin Shah [email protected] or by calling 0207 654 7737.