Ashes: England hold on in tense finish for draw in Sydney 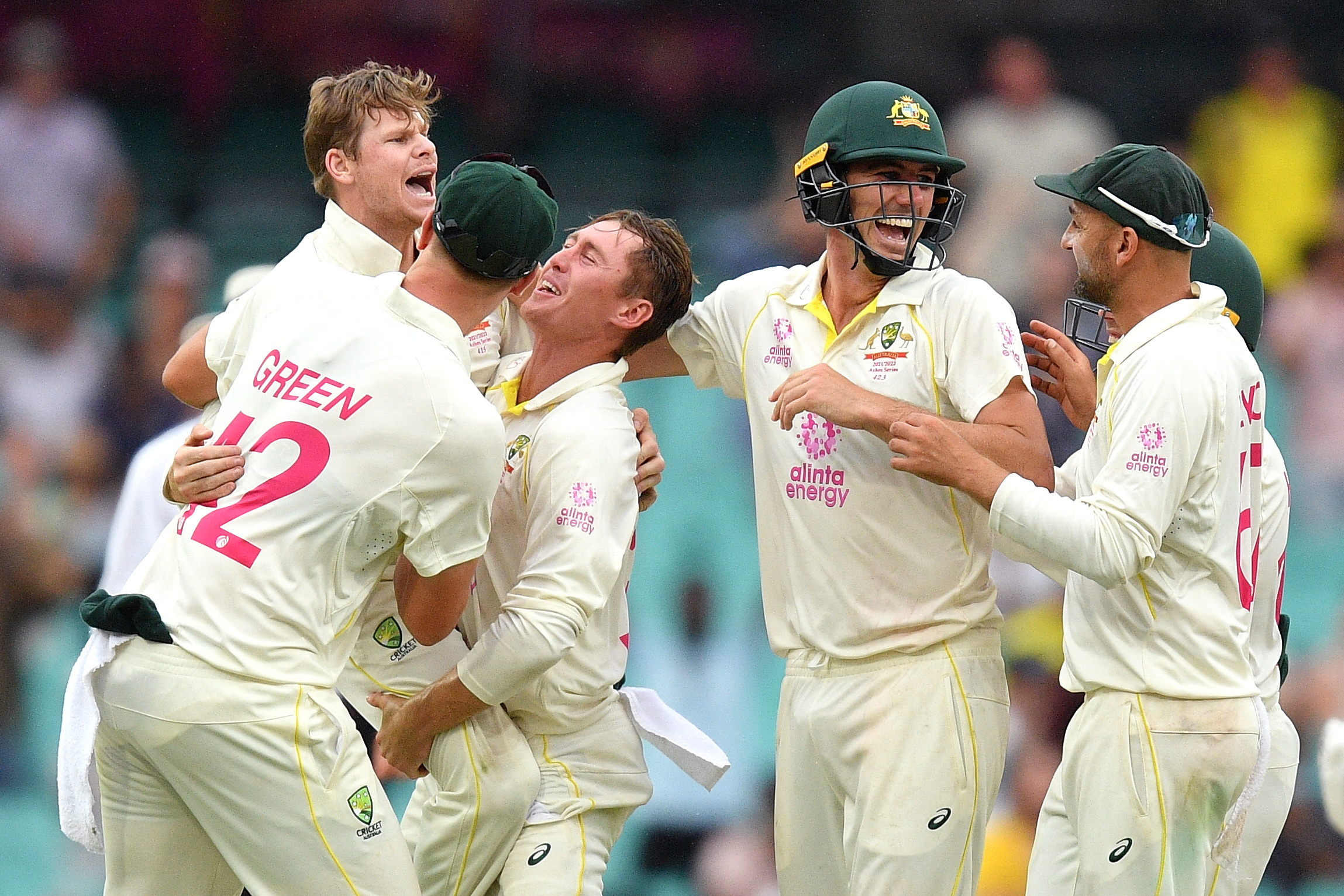 ENGLAND’S walking wounded defied Australia’s pace attack to bat out a dramatic final day of the fourth Ashes Test for a morale-boosting draw at the Sydney Cricket Ground on Sunday (9).

The hosts still hold an unassailable 3-0 lead heading into the final day-night Test in Hobart but England restored some pride having shown the fight captain Joe Root had asked of them.

Stuart Broad and James Anderson steered England to 270 for nine at the close of play in the evening gloom, well short of the victory target of 388 but a huge turnaround after heavy losses in Brisbane, Adelaide and Melbourne.

Australia skipper Pat Cummins was unable to use pace in a tense final three overs because of the fading light and his predecessor Steve Smith took his first Test wicket in almost six years to dismiss Jack Leach.

That left Australia needing one wicket in the last two overs but Broad and Anderson, despite the fielders crowding around them, stood firm to frustrate the home side.

“It’s been a difficult tour, but we stood up and found a way to get a result out of this game,” said Root.

“We wanted to put pride back into the badge. The way we went about it in this game, we did that. We know there’s a long way to go. It would be nice to front up again next week and go one better.”

Opener Zak Crawley had led off the rearguard with an assured 77 and Ben Stokes, who famously steered England to a dramatic victory at Headingley in the last Ashes series, chipped in with 60 runs despite being clearly hampered by a side injury.

Jos Buttler, also nursing a finger injury which has ruled him out of the fifth Test, scored 11 runs from 38 balls before becoming one of two batsmen to depart in three deliveries from Cummins with the new ball.