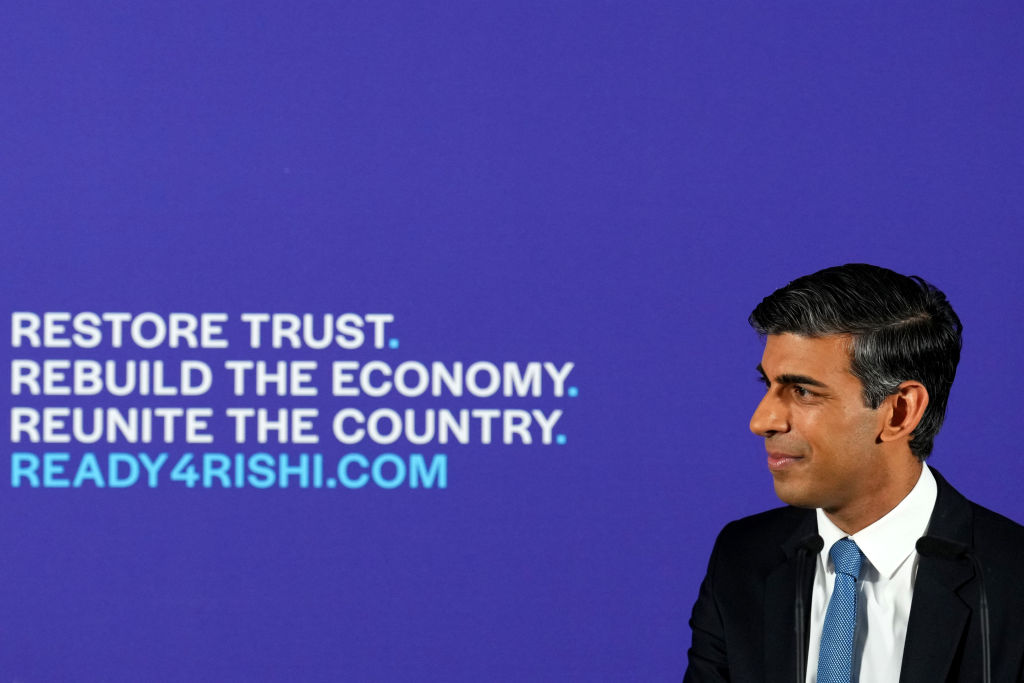 Rishi Sunak, candidate to become the next prime minister, delivers a speech at The Queen Elizabeth II Conference Centre on July 12, 2022 in London, England. (Photo by Carl Court/Getty Images)
Follow Us

HALF a world away from the political drama in London, many Indians are closely following the twists and turns of who replaces Boris Johnson as British prime minister, curious to see how two candidates with Indian ancestry fare.

Rishi Sunak, the bookmakers’ favourite to prevail, and Suella Braverman are campaigning for the Conservative party leadership and have made reference to the opportunities Britain gave members of minorities like them.

If either were to win the race for the premiership, they would be the first prime minister of Indian origin in the United Kingdom.

In both cases, their Indian families migrated to Britain in the 1960s in search of better lives. Britain ruled India for about 200 years before the South Asian country gained independence in 1947 after a prolonged freedom struggle.

“It will be a great feeling to see an Indian as the PM of a country which very ruthlessly ruled India for a very long time!” said a Twitter user named Emon Mukherjee.

There are around 1.4 million Indians in Britain, making them its single largest ethnic minority, and the two countries enjoy friendly relations. Bilateral trade stood at 21.5 billion pounds ($25.55 billion) in 2020-21.

He shared a digitally altered photograph of 10 Downing Street, the prime minister’s official residence, with its famous black door adorned with marigolds and mango leaves, symbols of an auspicious beginning in the Hindu religion.

Some Twitter users have run pictures of Sunak under the slogan “The Empire Strikes Back”, while Indian newspapers have covered the contest unusually closely.

That connection threatened to dent his popularity in Britain after it was revealed that his wife, Murthy’s daughter, had not been paying British tax on her foreign income through her “non-domiciled” status, which is available to foreign nationals who do not regard Britain as their permanent home.

Akshata Murthy later said she would start to pay British tax on her global income.

Murthy is an Indian citizen and owns a 0.9% stake in Infosys. She and Sunak entered The Sunday Times UK Rich List at number 222 with a reported net worth of 730 million pounds, the Sunday Times newspaper reported in May.

Murthy’s family, based in the southern Indian city of Bengaluru, has largely avoided discussing Sunak’s political journey, and did not respond to a request for comment.

Sunak’s colleague Braverman, currently Britain’s attorney general and also in the race to succeed Johnson, was born into a Christian family of Indian origin. Her parents migrated to Britain in the 1960s from Kenya and Mauritius.

She has previously spoken about her parents, saying they came to Britain with nothing.

In 2017, Braverman posted on Facebook that her mother was awarded the British Empire Medal for 45 years of service in the National Health Service as a nurse and for voluntary work abroad.

“It was Britain that gave them hope, security and opportunity and this country has afforded me incredible opportunities in education and my career, and I owe a debt of gratitude to this country,” Braverman said in a recent speech.

US Vice President Kamala Harris is another recent example of a politician of Indian origin who made it big abroad. Residents of her ancestral village in southern India celebrated her inauguration with firecrackers and gifts of food.