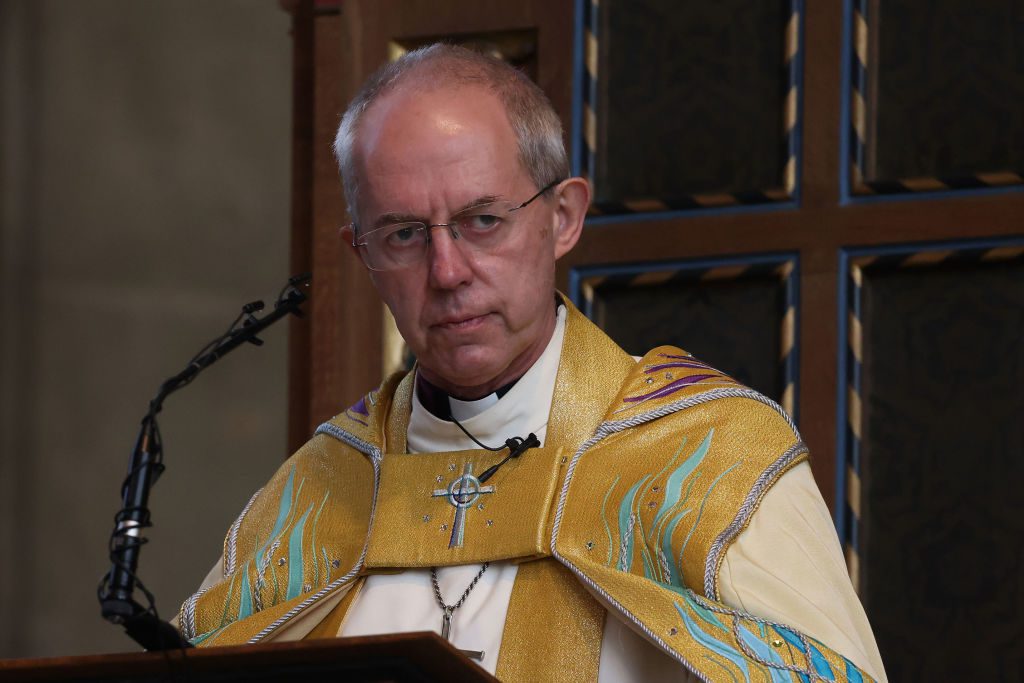 Justin Welby, the Archbishop Of Canterbury delivers his Easter Sermon at Canterbury Cathedral on April 17, 2022 in Canterbury, England. (Photo by Hollie Adams/Getty Images)
Follow Us

SENIOR leaders at the Church of England have called the Home Office’s plan to deport migrants to Rwanda ‘immoral’.

The Most Rev Justin Welby and the Most Rev Stephen Cottrell, the senior leaders, alongside 23 bishops criticised the plan.

“Whether or not the first deportation flight leaves Britain today for Rwanda, this policy should shame us as a nation,” they wrote to The Times, in a co-signed letter. “The shame is our own because our Christian heritage should inspire us to treat asylum seekers with compassion, fairness and justice, as we have for centuries.”

The Public and Commercial Services union (PCS), which represents more than 80 per cent of Border Force staff, and charities Care4Calais and Detention Action challenged the refusal to grant an injunction on Friday.

Following an urgent hearing in London on Monday (13), three senior judges dismissed the appeal, saying there was no error in the decision of Justice Swift.

The letter to The Times is also signed by the bishops of London, Durham, Exeter, Birmingham and Manchester.

Earlier, the Archbishop told his Canterbury congregation that the UK has a duty as a ‘Christian country’ to not ‘sub-contract our responsibilities’.

Cabinet ministers hit back at Welby after his outspoken intervention in April.

The Archbishop’s comments were later echoed by Prince Charles, after The Mail revealed he had privately condemned the Rwanda asylum plan, saying giving Channel migrants a one-way ticket to Africa was ‘appalling’.

According to the current plan, migrants travelling to the UK on small boats will be put on jets and sent to Rwanda while their applications are processed.

It was reported that the former archbishop of Canterbury, Dr Rowan William, was locked in a war of words with the government over its £120 million scheme to halt a surge in Channel crossings.

He joined his successor and the incumbent Archbishop Justin Welby, and Archbishop of York Stephen Cottrell in questioning the morality of the plan, labelling it ‘sinful’.

More than 100 people were originally notified they were due to be deported under the policy, the number has now dropped to just eight asylum seekers, the MailOnline reported.

The decision will not stop individual refugees from appealing their deportation, while a full judicial review of the policy is still due to take place.