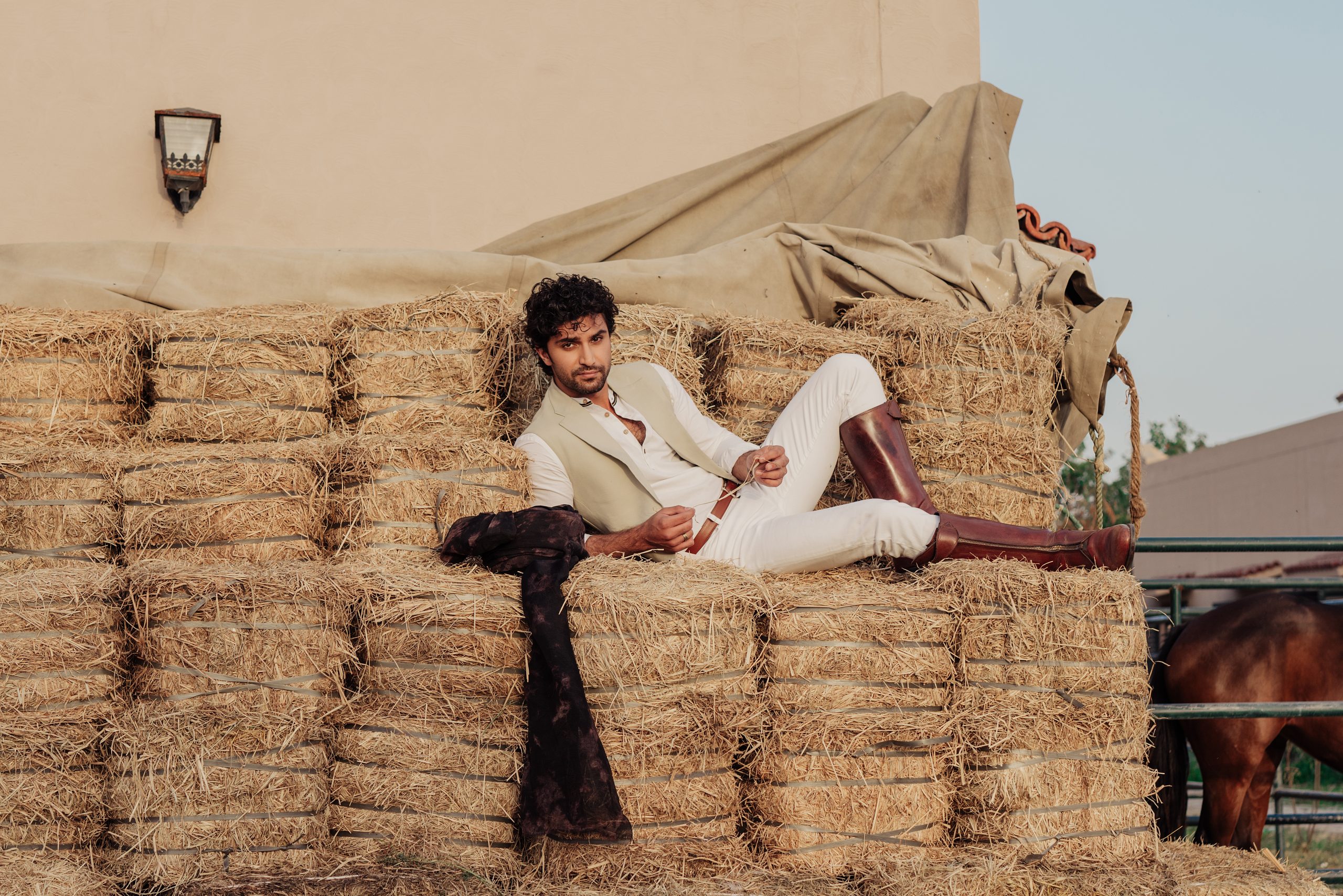 HE MAY be one of Pakistan’s biggest stars, but what makes Ahad Raza Mir special is that he is very selective about his work and a versatile performer able to take on any challenge.

He has mixed up television, theatre, film, and music in a career that has very much been focused on quality. This has not only won the actor critical acclaim, but also got him an impressive body of work, which has ranged from playing Hamlet on stage to an award-winning performance in hit drama serial Yaqeen Ka Safar. He has also become an impressive global ambassador for his country and gained a huge cross-generational fan base.

Eastern Eye caught up with the hot right now star to discuss his journey, inspirations, musical side, fan base and passions.

How do you look back on your journey as an actor?

When I look back at my life, I reflect on it differently than I did the year before. With every bit of success, achievement, and failure, you learn a lot and reflect differently. In the beginning of my career, I knew how difficult it was, so it was all about working and getting to know the craft. So, that hunger is there, in the beginning, to just work. With time, the method of how you approach characters and acting changes with the work you start doing. I think with time as I became more successful, I became more selective about work.

You are known to be selective…

You also have to define yourself as an artist, so it’s not fair to yourself to just keep doing everything that comes your way. As much as you might love acting, you need to tell stories that inspire you and play challenging characters. I think my journeys became different in that sense. I know what kind of work I want to do and am very grateful I’m able to do it, and choose to do it.

Which of your characters is closest to your heart?

It’s an unfair question because they are all close to my heart for different and sometimes similar reasons. They have also challenged me in some way. I’ve been lucky enough to do things that have been completely different from each other, but still tell compelling stories. Certain characters hit you differently and certain sets also affect you differently, so there’s no way I could say a favourite. But I think my least favourite would be the most challenging ones.

In the sense that I would leave the set and the character would still come home with me. I think the biggest problem with every role is letting go of them. Not in the sense that I’m going home in character, but you live someone else’s life 10-12 hours a day. You start to think, dress, and speak like them. When the show is over, you have to essentially kill them and that’s a very painful process. It doesn’t answer the question but defines how difficult it can be to part ways with a character, so that’s why they’re all very close to my heart.

Does the fact that expectations grow around you with each project put pressure on you?

I think pressure is a good thing. I’ve been very lucky to be surrounded by good people, good writers, and good directors. Thankfully, most of my projects have done quite well and I’m just very grateful for that. I’ve enjoyed them and people have liked my work. I know that audience pressure is there, but what is more important is my own pressure and expectation to do better than before. I don’t mean each role or character should be better than the last, it’s just that each decision should still reflect what my principles are as an artist. So, I have been lucky to express myself as an artist, and in that sense, pressure is a good thing, but it’s my own pressure.

What kind of projects are you looking for?

I think it’s just anything that inspires me. I can usually tell by the first meeting, pitch or description of a story if it’s for me or not. I’m looking for things that I would like to watch and don’t think too much about anything else. I guess sometimes I think about if somebody else played this character, would I want to see that version or my interpretation. I also look for stories that mean something and people will remember. I think that’s the legacy we leave as artists. So, whatever is remembered is what I’d like to be part of.

I do, but I’m still waiting for it. I guess I don’t want to jinx it, so I won’t say what
it is right now.

You are also an accomplished singer and musician. Will you do more on that front?

I would love to, but I, unfortunately and fortunately, get so busy that I don’t really get to focus much on it. I love music. One of the joys in my life is sitting down with musicians and just jamming out with them. It’s just so inspiring to be around talented musicians and seeing them do their thing. It’s also a lot of fun, so is definitely something I’d like to get more into, but in what capacity I’m not sure. I’m into an interesting point in my life where I could go in many different directions, so it’s an exciting time and yes, I do hope to do more music.

What music dominates your own personal playlist?

How did that happen?

It’s an interesting story. I used to listen to a lot of rap and one day my father put on a record. It was Led Zeppelin, the one that had black dog on the cover. It’s the first rock song I heard and was hooked, so I’ve got my dad to thank for that. Recently, I listened to a lot of house music and fun disco stuff. I kind of avoid songs with lyrics because music tends to put me in a certain mood. When there’s lyrics, it influences where that mood goes, so I like to keep my music a little neutral.

So, depending on the role, I have a playlist for characters, because it brings you into that zone or mood and keeps you there. I just gave you one of my tricks.

I think people, their stories and what they’ve been through inspires me. Being around people inspires me, not just as an actor but as a human being because you learn so much from others, including children and seniors older than you. You, kind of just absorb things from others, like knowledge. Passionate people, especially inspire me. Ever since school and my theatre days, artists have greatly inspired me because they have so much to give, be it actors, directors, dancers or writers. They always create such a wonderful environment. Yes, I kind of approach life where I try to get inspired by everything.

What are your passions away from work?

What’s the best advice you ever got?

Probably that nothing is the end of the world because I tend to treat everything like it is.

Will you be making a New Year’s resolution this year?

Everybody does and forgets about it within a few weeks. So, I’ll definitely be making one.

First, I love cinema, television, and theatre. Whether it’s on the stage, at home watching TV or on the big screen, I’ve always loved the art of storytelling. I think it’s incredible that a huge team comes together to create this thing for you to watch. It’s wonderful getting to be part of something like that. Second, without sounding grim, it is nice to take a break from your own
life. Sometimes life isn’t easy and as an actor you get to escape into someone else’s world. You get to create an authentic human being. Now people are also playing aliens, vampires and all this stuff, which is also exciting. Third, for as long as I can remember there is been something inside my heart, brain or body, that pulled me into this. I can’t describe it necessarily because it was just so natural. I think everybody has an artist in them, and they just have to choose whether or not to listen to that artist.

Finally, would you like to give a message to your fans?

Yes, of course! I love them very much and am so grateful for their endless love and support, which I don’t know if I’ll ever be able to repay. People enjoying your work is one thing, but then the amount of appreciation and love I get outside of work makes me feel like I must have done something good in a previous life or something. My fans are just incredible and such gentle human beings. Thank God for things like Instagram, Twitter, and Facebook, because it gives them and me an outlet to appreciate one another.

Beyond that, I am so proud of the people my fans are and get to see that via social media. They are amazing, sweet, honest, and authentic people. I just won’t be able to send enough love to them, so thank you for letting me have this opportunity to do that.