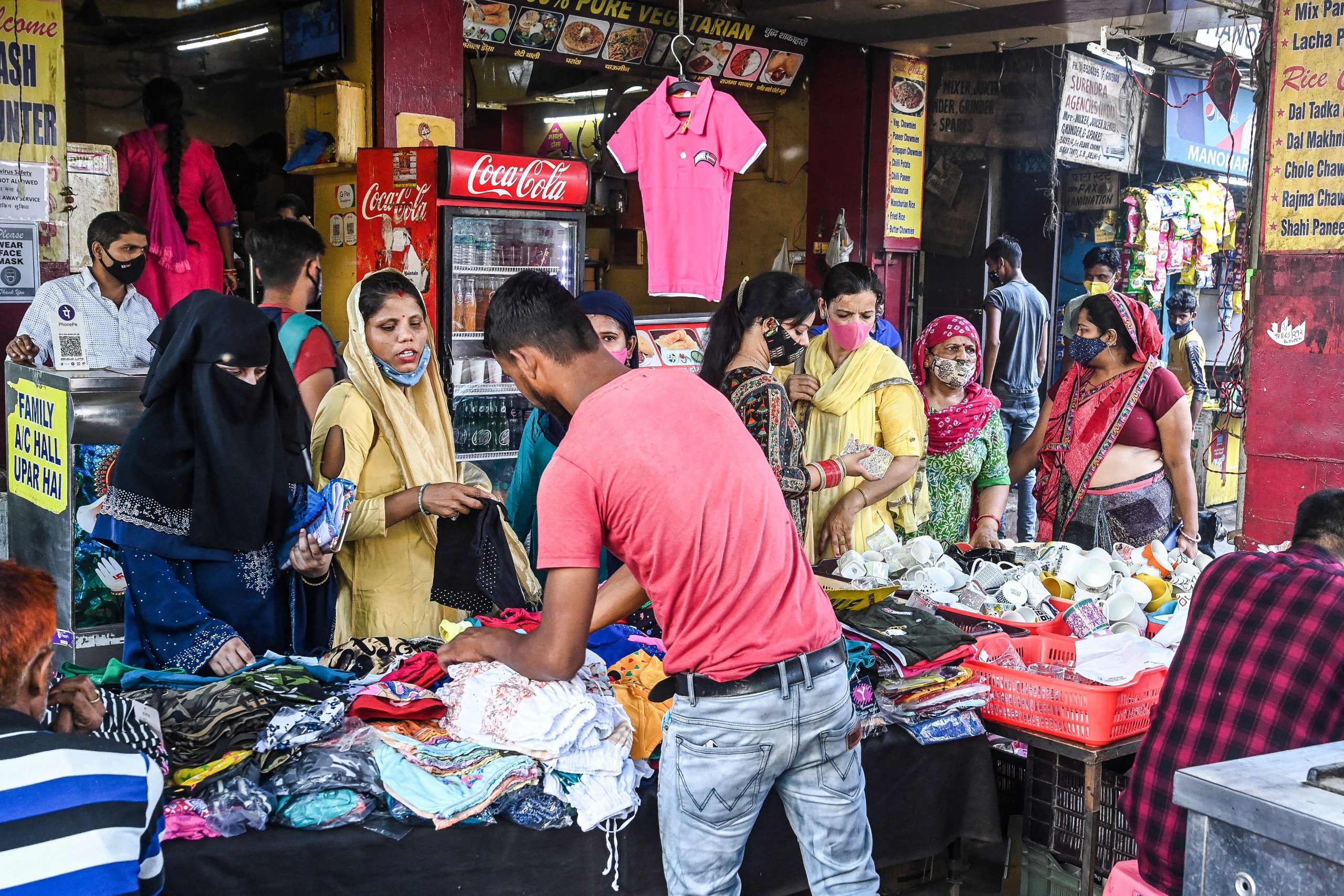 People shop at a crowded market after the authorities eased a lockdown imposed as a preventive measure against the Covid-19 coronavirus, in New Delhi on June 16, 2021. (Photo by Prakash SINGH / AFP)

THE Asian Development Bank (ADB) has cut India’s economic growth forecast for the current financial year to 10 per cent from 11 per cent earlier, due to adverse impact of the coronavirus pandemic.

India’s gross domestic product (GDP) growth in January-March recovered to 1.6 per cent, narrowing contraction in the whole fiscal year 2020-21 from 8 per cent estimated in April to a revised 7.3 per cent, it said in the Asian Development Outlook (ADO) Supplement.

Thereafter, the emergence of a second wave of the pandemic induced many state governments to impose strict containment measures, it said.

However, it raised growth projection for the next financial year, ending in March 2023 to 7.5 per cent from 7.0 per cent earlier on expectation that much of India’s population would be vaccinated by then.

Further, economic outlook for the entire South Asia is dampened by new waves of Covid-19 hitting the subregion from March to June 2021.

It noted that recovery is underway in developing Asia, but growth forecast for the region has been reduced to 7.2 per cent from 7.3 per cent in April following renewed virus outbreaks in some economies.