Aamir Khan’s Laal Singh Chaddha moves Chiranjeevi to tears at special preview; calls it ‘a gem of a film’

For those not in the know, Chiranjeevi is also presenting the Telugu version of Laal Singh Chaddha. 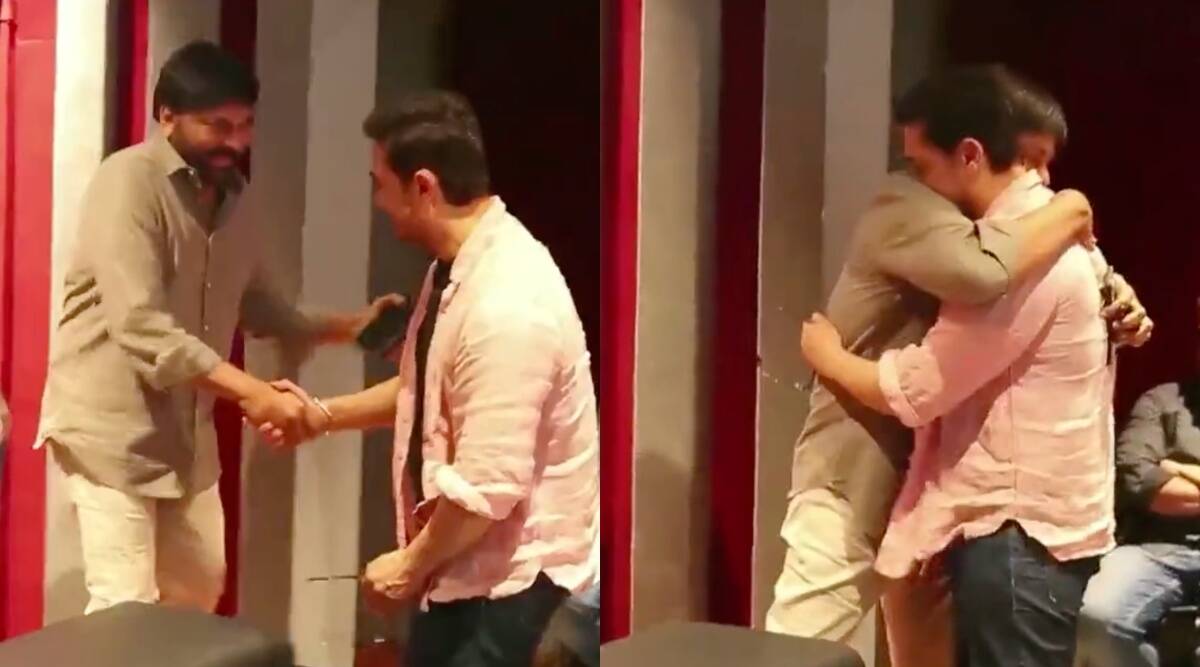 Bollywood superstar Aamir Khan recently hosted a special preview of his much-anticipated film Laal Singh Chaddha in Hyderabad. The special preview was attended by several prominent faces of south cinema, including superstar Chiranjeevi, SS Rajamouli, Sukumar, and Naga Chaitanya. The pictures of the stars from the screening have been doing the rounds on social media.

Telugu superstar Chiranjeevi shared a video of Aamir, along with Nagarjuna, SS Rajamouli, Sukumar, and Naga Chaitanya, from the screening. He heaped praises on the film and called it an “emotional journey”.

The megastar got teary-eyed and hugged Aamir after watching the film. He also talked about Aamir’s expressions and the others seem to be praising him as well.

Sharing the video, Chiranjeevi wrote, “Fascinating how a chance meeting and a little chat with my dear friend Aamir Khan @Kyoto airport – Japan, few years ago led to me becoming a part of his dream project Laal Singh Chaddha. Thank you, Aamir Khan, for the exclusive preview at my home. Heartened by your warm gesture!”

Fascinating how a chance meeting & a little chat with my dear friend #AamirKhan @Kyoto airport – Japan, few years ago led to me becoming a part of his dream project #LaalSinghChaddha

Thank You #AamirKhan for the exclusive preview at my home.Heartened by your warm warm gesture! pic.twitter.com/hQYVZ1UQ5m

He further added, “Most of all, what a gem of a film you have made!! Such a wonderful emotional journey!!”

For those not in the know, Chiranjeevi is also presenting the Telugu version of Laal Singh Chaddha.

Our Telugu audiences are surely going to love him ! pic.twitter.com/Tb2apAaJrz

After facing several delays, Laal Singh Chaddha is set for its theatrical bow on the 11th August, 2022. It will clash with Aanand L Rai’s Raksha Bandhan at the box office.