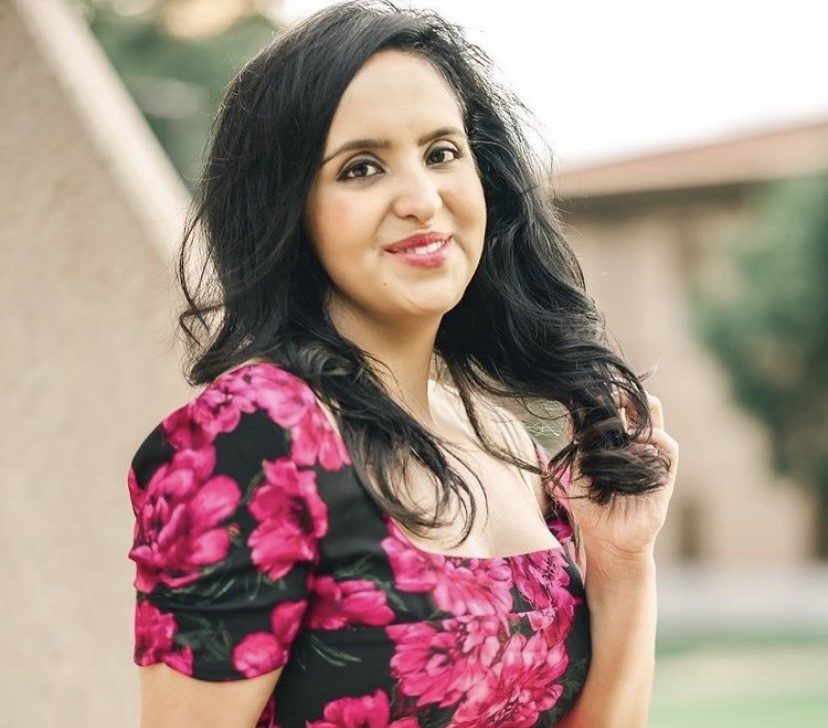 INDIAN MATCHMAKING has been a big success since it premiered on Netflix and the most memorable person from the eight-part reality series was Aparna Shewakramani.

The no-nonsense attorney, who knew exactly what she wanted when looking for a husband, divided opinion, with some being put off by her sharp presence and others appreciating her great girl power. The breakout star from that first series has since got herself a solid fan following and balances that with running a successful luxury travel business. She also has the interestingly titled memoir She’s Unlikeable: And Other Lies That Bring Women Down on the way.

When Eastern Eye caught up with Aparna to discuss her Indian Matchmaking journey, her new book, dating and being fabulously fearless, it quickly became apparent just how likeable she is.

How do you look back on your experience of Indian Matchmaking?
The show made such an impact on south Asians not only in India but in the diaspora, which I thought was so powerful. From topics ranging from casteism to colourism to sexism and even heightism, we were speaking candidly about all these issues, and moved the conversation forward.

Do you think you were fairly portrayed?
No one, and I mean absolutely no one, was as good or as bad as the show portrayed them. I am not an editor of the show, so I had no say in what was shown to the audience. However, I personally do not see myself represented accurately on-screen.

How did you feel about being described as the most polarising woman on Netflix, who divided opinions like no other?
I believe it’s an indication of how polarised we, as a community, are while defining women. It is indicative of how much work we have to do on appreciating women who are strong, independent, believe in their own worth and are able to articulate it clearly.

What inspired you to write your forthcoming memoir She’s Unlikeable: And Other Lies That Bring Women Down?
My memoir is an opportunity for me to tell my own story and I believe there is great power in shaping your own narrative. This book was a chance for me to share my lessons and ‘rules’ for living life authentically. 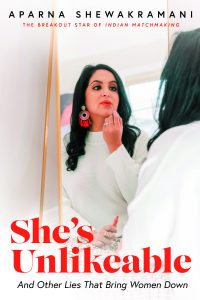 What can we expect from the book?
I share a lot of personal details about my life that taught me resilience, grit and perseverance. Many people asked after Indian Matchmaking, ‘but how did you become this way?’  And this book answers that question exactly.

Have you learned anything new about yourself while writing the book?
I always knew it was a huge labour of love to write a book, but I was not aware of how exhausting it can be to process the moments that you’ve pushed to the back of your mind in survival mode. It was such a rewarding process though and I highly recommend it to anyone who has the desire to share their own story.

How has dating and romance been since Indian Matchmaking?
(Smiles) It’s been hard! It’s funny but being so well-known has certainly made dating more difficult. A lot of men feel they ‘know’ me from watching the show and that’s hardly the case.

Are men intimidated by you and how do you feel about that?
Not that I know of, but I am also only meeting the ones who approach me directly. If any man is intimidated by a strong woman, that is just an indication of the work they have to do on themselves and their own belief systems.

What top dating tip would you give to women who are successful and know what they want, like you?
Be true to yourself always. And never try to shrink or diminish yourself for a man. If you are doing that, then you are with the wrong guy.

Do you have a dream blueprint for a guy?
Nope! And I am glad about that. I do know that I would love for him to have passions outside of work and to easily share them with me so we can both learn together. I think that’s an incredible quality and a great foundation for a lasting relationship.

Are you fearless?
Usually, yes! I always ask myself, what’s the worst thing that can happen? And I can deal with whatever that hypothetical ‘worst’ is nine out of 10 times. You are a successful entrepreneur.

What top business tip would you give women?
Keep a pace of growth that is right for you and don’t measure yourself against others. If it’s a side hustle, expect it to take longer but always know, you’re moving in the right direction if you’re moving forward!

Do you think you’re a symbol of girl power?
Not personally, but I am always so touched when I hear that from others. Messages from young women about how inspired they are by me always make me feel so humbled.

What inspires you?
The women before me who have broken glass ceilings and paved the way for others to speak their minds, live according to their own values and strive for their best with no limits inspire me.