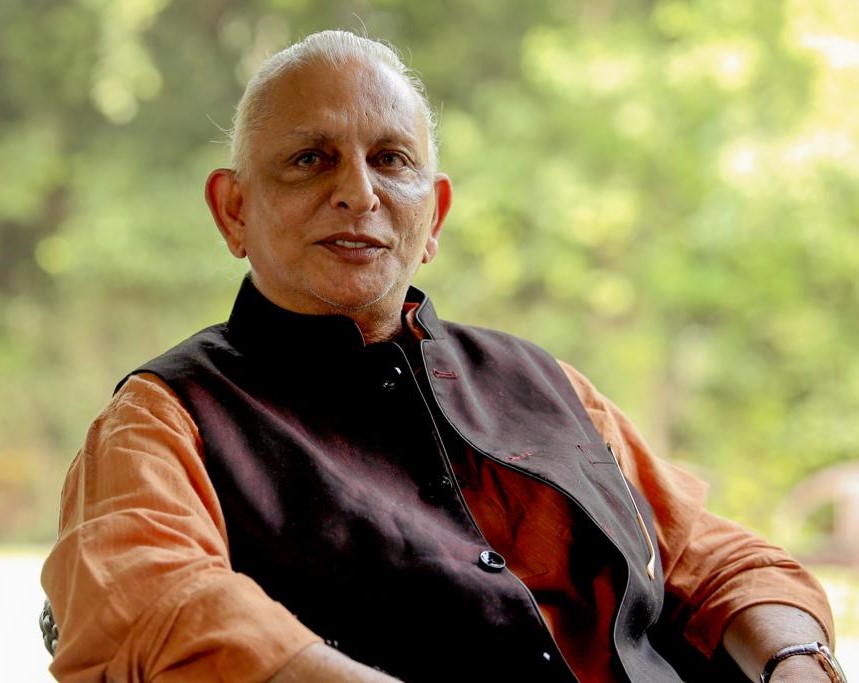 Everyone needs a friend – for hand-holding during life’s many crises, and one who can give good directions at the many crossroads we reach.

Who better than a wise and gifted spiritual guru?

The book, The Friend, is the result of my conversations with international spiritual guide Sri M.

I have presented it in the accessible format of Samvad, the ancient Indian tradition of dialogue. He delivers great teachings with a light touch, easily digestible, and always punctuated with humour. The title of the book, The Friend, is a reflection of his own personality as well as his approach. ‘I have to make friends with someone before I can guide them,’ he says.

I sought a meeting with Sri M in 2016, and travelled to his ashram in Madanapalle, south India, when his secretary Lakshmi offered me an appointment on August 1. It was a hot summer day, and I was surprised to learn that he would arrive the next day specially to meet me. Spiritual relationships are traditionally a personal two-way link, but our internet age has created a weird familiarity without actual physical contact; so I was impressed that he made time for a personal meeting. Meanwhile, I watched small children of the local tribal communities walking up hill in their rubber slippers to attend his free school for them. Seeing an obvious stranger, they quickly tried out their entire vocabulary of English words on me. His Satsang Foundation runs free schools and free healthcare for poor and neglected communities.

We met the next morning. Sri M was welcoming, but I felt he was assessing me, as though marking my report card. We met again in the evening, and he lifted a heavy burden from me.

The tradition of friendship with the guru, and, ultimately, with the divine, has never gone out of fashion in India. It dates back to before the Aryans, who visited India and never left, to before writing was invented, when Vedantic knowledge and secrets were passed down by oral tradition from guru to disciple.

Questions were encouraged by gurus; disciples had to seek and download the truth for themselves. There still is no app for enlightenment.

When I asked him in 2018 if I could interview him for a book, he graciously agreed. We met in London, and in India in Varanasi, Madanapalle and Delhi, and talked for one hour each time, about worldly and spiritual subjects.

Dr Karan Singh writes: ‘It is always a pleasure to read Sri M because of his clarity and spiritual articulation.’

Sri M urges us to embark on the inner journey now, without delay, in order to reclaim the free and joyous beings that we truly are. I share these excerpts from the book. 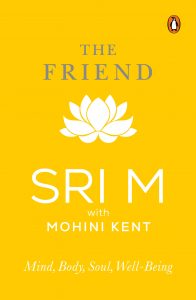 What did your guru mean to you?
Sri M: My master, Maheshwarnath Babaji, was my father, my mother, my guru, my teacher, my friend, everything rolled into one. He was a great yogi who had transcended form, but he kept his body very young and fit for a purpose.

Babaji trained you in many different tr­a­ditions. Why do you think that was so?
The role of a guru is to wake you up. He trained me in Vedas, Upanishads,
meditation and Kriya yoga. He would also send me to others. He sent me to a Naga Baba who was naked and smoked a chillum with some form of cannabis. As his apprentice, I had to take off my clothes too and smoke.

After two months, I pleaded with Babaji to call me back. He taught me (to) have a good character. Without that, other practices do not give results. So, purify your Yama Niyamas first, follow the do’s and don’t’s, the rules and regulations.

What are the other important thi­n­gs you feel you imbibed from him?
Babaji taught me to have great respect for nature. The mountains, rivers and trees are our primary gods. He taught me to respect water and food, to conserve energy.

Is it essential to have a living spiritual teacher or can one do it alone?
There’s nothing better than a good teacher. The law of spiritual life is that the sincere aspirant will find the right guidance on the path. But you must have the burning desire. The spiritual path is not for window shoppers.

How does one keep youthful?
Youth is also a quality of the mind. Learn to see things in a new light. That is as important as physical age. While there is physical wear and tear, people also grow old because of abusing their bodies – too much food, too much drink, too much activity, too much worry and depression, all of which have an imp­act on physical ageing.

Yoga has become a buzzword today. What according to you is it actually, at its true yogic core?
Yoga is not otherworldly philosophy. It is meant for the here and now, and offers a practical way of living in the world. The ancient yogis had done a deep study of yoga. They were spiritual scientists. Don’t hypnotise yourself into believing in your limitations. Our source is completeness. Poornamidam.

What is the significance of marriage in the 21st century?
Marriage is a challenge. There’s no such thing as a perfect marriage. Couples marry for their own reasons. Much before getting married, we need to train our minds. Sri Ramakrishna Paramahansa put it simply: ‘Before cutting or preparing the jackfruit, we apply oil so our hands won’t become sticky.’ That applies to everything.

It’s been a man’s world for many centuries. What do you feel is the position of women today?
Women have something special in them. They have an extraordinary role to play in society because they are different. Women have to be helped to get self-esteem. Otherwise, we are controlling their freedom. It should be easier in India wh­e­re the female shakti, the dynamic cosmic energy, has been worshipped. But women have not been treated well here, and Swami Vivekananda said many of the difficulties faced by India is because its women have not been treated well.

Sex had been used in advertising to sell everything from ice-cream to soap. How does one resist such allure?
Sex is only entertainment. The sex ins­t­i­n­ct is in-built by nature. Money came later. Power is used to obtain the other two.

Money is a major energy in the world, but what is its actual meaning for us?
The new spiritual evolution is not sworn to poverty. In the modern world we cannot go back to the days of renunciation. Take the vow of plenty. Just give up exclusivity. Have. Share. Give.

We pray when in difficulty. Who will help us?
If you’re having difficulties in your life, it is no good theorising whether God created them or not. Take a good, hard look at the situation and ask, ‘How can I solve it?’ That should be your attitude.

Are men at an advantage on the spiritual path?
Atma has no sex. There is no gender there.

Why is death so frightening?
You fear death because you fear loss. The illusion is that life will be a smooth, beautiful, continuously happy movement. That is not so. There can be a little sunshine of happiness, but then the sun sets, as all su­ns in all universes set at some time or the other. The problem is that we think all this is permanent when it is an ever-ch­a­n­ging impermanent movement. The Upanish­ads say deep down in your subconscious you know there is some entity in you which will survive the death of the body.

The Friend is published by Penguin India. It is available on Amazon.