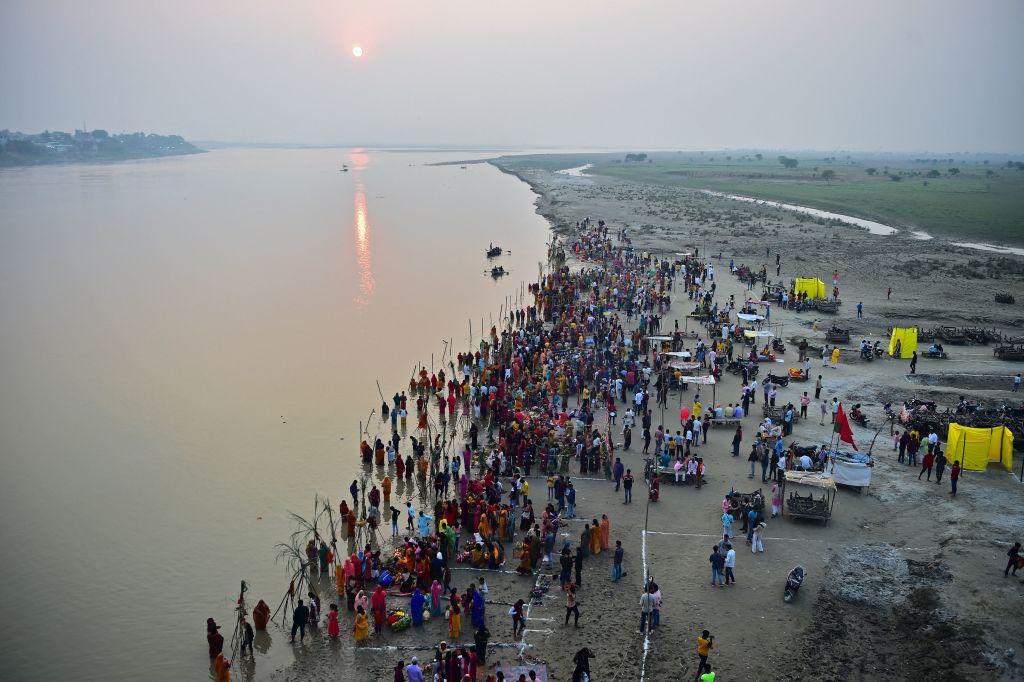 The Indian government launched the Namami Gange programme in 2014 to conserve and rejuvenate the Ganges, the world’s third largest river by discharge. (Photo by SANJAY KANOJIA/AFP via Getty Images)

INDIA’S National Mission for Clean Ganga (NCMG) and the country’s high commission in London have unveiled a new India-UK collaboration effort as part of the Namami Gange river rejuvenation agenda with the launch of four new chapters in Britain.

The Ganga Connect exhibition, which was touring the UK earlier this month, concluded its journey at India House in London this week with the launch of Ganga Connect chapters in London, the Midlands, Scotland and Wales.

Each chapter will have conveners who will connect various interest groups with the Namami Gange programme, including scientists, technology companies, investors and community members, to host workshops and outreach programmes to raise awareness around the efforts to rejuvenate the Ganges.

“This is about bringing information to the diaspora and encouraging them to participate,” said Indian High Commissioner to the UK Gaitri Issar Kumar.

“This exhibition contributes to creating awareness among stakeholders, potential partners including universities, research organisations and private sector partners. There are 10-12 UK companies involved in the Ganga river basin. We want to make sure people from all over the UK are able to participate,” she said.

India’s environment, forests and climate change minister Bhupender Yadav inaugurated the exhibition in Glasgow on the margins of the COP26 climate summit earlier this month.

It then travelled to Cardiff, Birmingham and Oxford, before arriving in London.

As part of the London stop, many business, finance and scientific roundtables were chaired by Rozy Agarwal, executive director of NMCG, and Dr Vinod Tare, founding head of think tank and innovation agency cGanga and a faculty at the Indian Institute of Technology, Kanpur.

Besides the launch of the four new chapters, they unveiled the Scotland-India Water Partnership to build upon the memorandum of understanding (MoU) between the NMCG and the government of Scotland from 2017 and channel the “high level of interest” among Scottish water specialist entities towards the Indian market.

Some of the other outcomes announced include the finalising of a UK-based Clean Ganga charity for fundraising efforts and the establishment of the Ganga Finance and Investments Forum (GFIF) to develop financial instruments such as river bonds, blue bonds, impact and outcome bonds, credit enhancement and guarantee instruments.