Yogi Adityanath says UP safe for investors, interacts with Bollywood members in Mumbai

Producer Boney Kapoor, playback singers Sonu Nigam, and Kailash Kher, actor Suniel Shetty, and filmmakers Chandraprakash Dwivedi, Madhur Bhandarkar, and Rajkumar Santoshi, were among those who were present at the event. 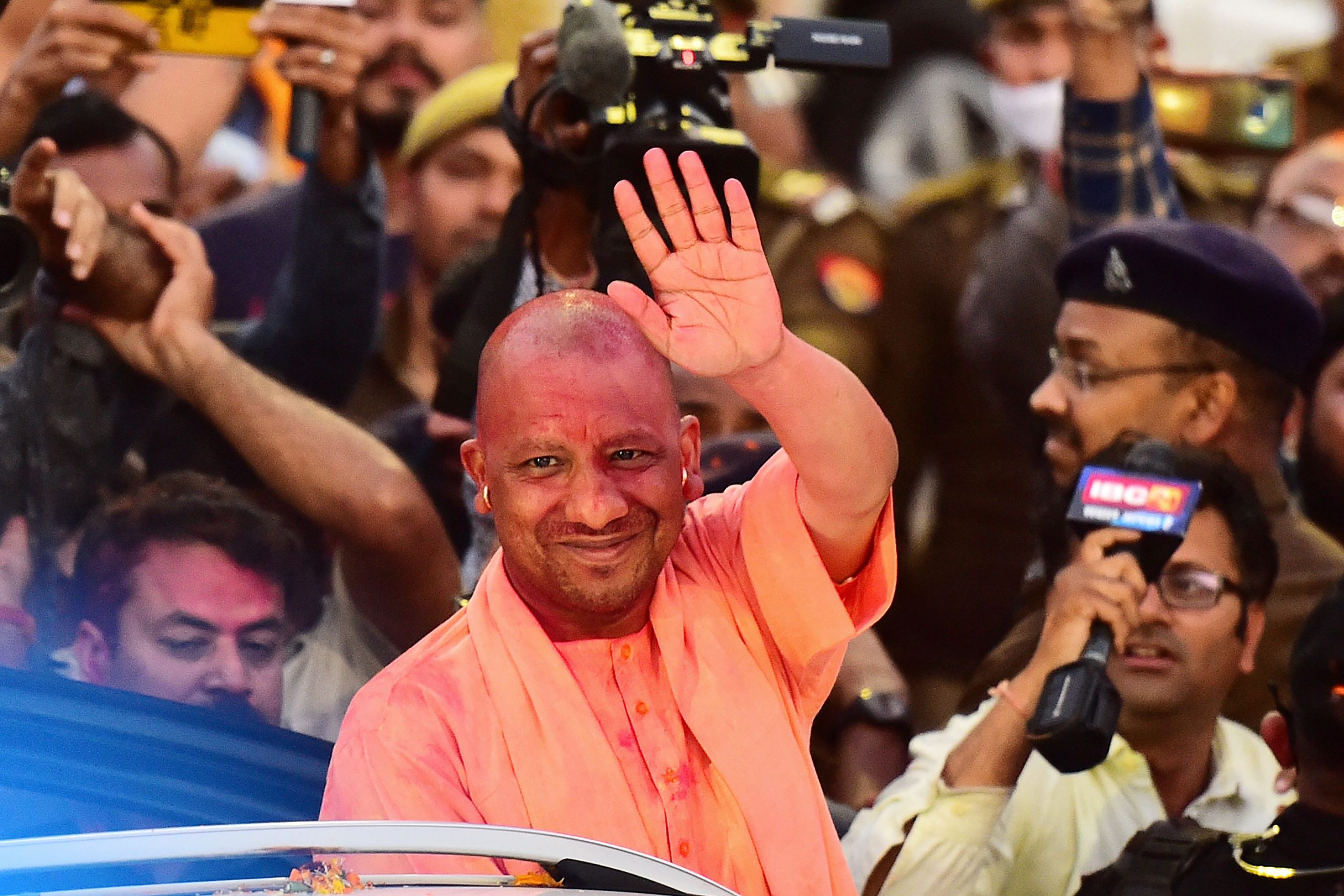 Uttar Pradesh Chief Minister Yogi Adityanath on Thursday pitched his state as a safe investment destination and also interacted with prominent Bollywood personalities during his visit to Mumbai, where Maharashtra’s Opposition parties targeted him over his roadshow.

Adityanath assured industrialists of a strong law and order situation in Uttar Pradesh, devoid of fear and free of land mafia.

“You must have seen that before 2017, there used to be riots every other day, now the law and situation in the state is very strong. We formed an anti-land mafia task force and vacated over 64,000-hectare land from their clutches,” the chief minister said.

The chief minister told investors that today no goon can collect tax from any businessman or contractor or harass them in Uttar Pradesh.

“Even political donations cannot be taken forcibly,” he added.

The chief minister is on an eight-city roadshow to promote the 3-day ‘UP Global Investor Summit 2023’ to be held in Lucknow from February 10-12.

“Our team has already visited 16 countries and 21 cities, inviting investors to come and visit the UP Global Investor Summit 2023. We have already garnered Rs 7.12 lakh crore investment intent for the state,” he added.

Further, he said, Uttar Pradesh is well connected through roads, railways, and airways, which will benefit investors in connecting with the domestic and international markets easily.

“It is going to become the only state in the country with five international airports. We now have nine airports. Even though we were a land-locked state, the country’s first inland waterway has been developed from the state to Haldia. The country’s largest rail network is in Uttar Pradesh as well,” he said.

The state has set a target of USD 1 trillion and aims to become a major contributor to Prime Minister Narendra Modi’s target of making India a USD 5 trillion economy, Adityanath added. Presenting Uttar Pradesh as a film-friendly state at a separate event in the metropolis, the CM invited prominent members from the entertainment industry to explore his state as a film-making destination.

Interacting with members of Bollywood here, the chief minister said, “We have made two of your film fraternity members as MPs and we know the issues you face and what needs to be done. Cinema plays a crucial role in uniting the society and preserving the unity and sovereignty of the country.”

Adityanath said Uttar Pradesh has emerged as a film-friendly state and this has been recognised at the National Film Awards and the International Film Festival of India (IFFI).

However, the Bharatiya Janata Party (BJP) leader faced criticism from the Opposition over his roadshow in Mumbai in connection with the investor summit.

Maharashtra’s Opposition alliance said there will be objection if he “snatches away” industries from the western state. The Maha Vikas Aghadi (MVA), the state’s Opposition alliance consisting of the Congress, the Nationalist Congress Party (NCP) and the Shiv Sena (Uddhav Balasaheb Thackeray), advised the saffron leader to avoid politics during his visit.

Sanjay Raut, a key leader of the Shiv Sena (UBT), asked about the need to hold a roadshow in Mumbai. The Rajya Sabha member, whose party is a trenchant critic of the BJP, said the Uttar Pradesh chief minister can hold discussions with industrialists, but should avoid indulging in politics during his visit.

“I had said yesterday if he has come to meet industrialists for the progress of his state, then there is no objection. But there will be objection if industries are snatched away from us (Maharashtra). “If they are doing a roadshow for investment, then it is surprising. What is the need for that? Have you come to do politics or take help from Mumbai for the development of your state?” Raut asked while talking to reporters.

Maharashtra Congress spokesperson Atul Londhe said the biggest hurdle in attracting investment in Uttar Pradesh is the “atmosphere” created by Adityanath in the state, where the BJP retained power in the 2022 Assembly polls. Investment in Uttar Pradesh will be possible only if he works on improving the law and order situation in the country’s most populous state, he said.

Nationalist Congress Party (NCP) national spokesperson Clyde Crasto sought to know when will Maharashtra Chief Minister Eknath Shinde and his deputy Devendra Fadnavis go to Uttar Pradesh or Gujarat and ask people there to “Dream in their state, but make it reality in Maharashtra in form of investment?”

Countering the Opposition attack, Deputy Chief Minister Fadnavis, a BJP leader, asserted no one can take away businesses from Maharashtra. “There is no reason to fear, but we must be proud of (Mumbai). Whoever can say whatever they want, but Mumbai remains the financial capital of the country. If anyone has to do any industrial summit or attract industries, then they have to come to Mumbai. No one can take away anyone’s industries,” Fadnavis said.